Last summer, demand for RV rentals saw an unprecedented 650-percent surge as Americans sought ways to vacation without crossing the paths of other people. Because the cause thereof still haunts us, Summer 2021 looks to be another RV season, with one rental agency’s survey concluding Americans are more comfortable renting an RV than flying. Combining the best of both forms of transport, though is still possible, provided you can afford the odd, Convair airliner-bodied Fleetwood RV that’s for sale in California.

Listed on Bay Area Craigslist is a 1979 Fleetwood Pace Arrow RV, whose boxy body has been swapped for the sleek fuselage of a 1957 Convair CV-240. Its seller attributes its early-’80s construction to a pair of men, one a Tony Tosta whose name appears online only in association with the RV, and the other the more interesting Jason Von Straussenburg. 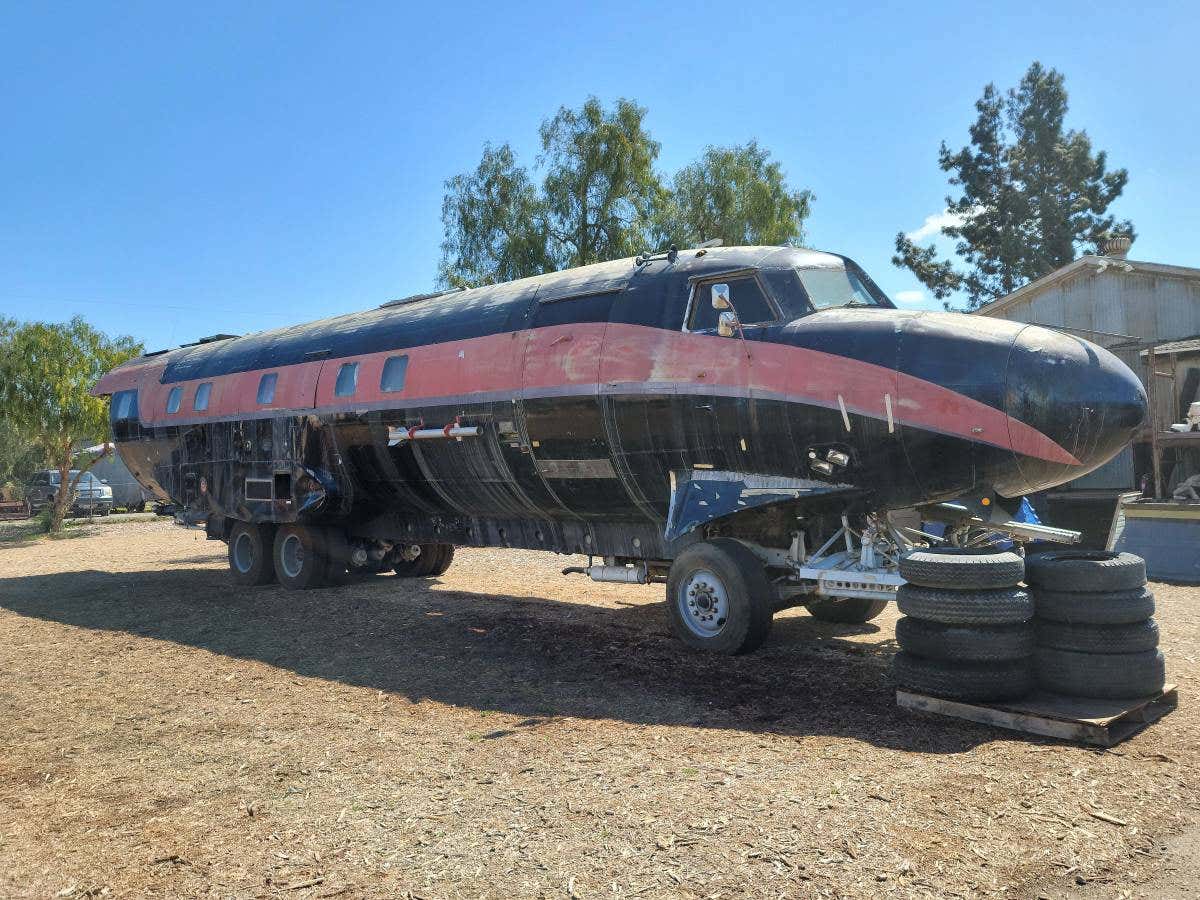 According to the Santa Barbara Independent, Von Straussenberg was one of four pseudonyms used by a man named Roger Crona, who reportedly escaped a Michigan prison in 1972. By 1983, Crona had met Tosta in Southern California, where the two constructed a quartet of vehicles bodied in the fuselages of scrapped aircraft. This Convair-Fleetwood christened Andromeda was the “mothership” of the fleet and was outfitted about as well as one could expect for amateur RV builders in the early ’80s. 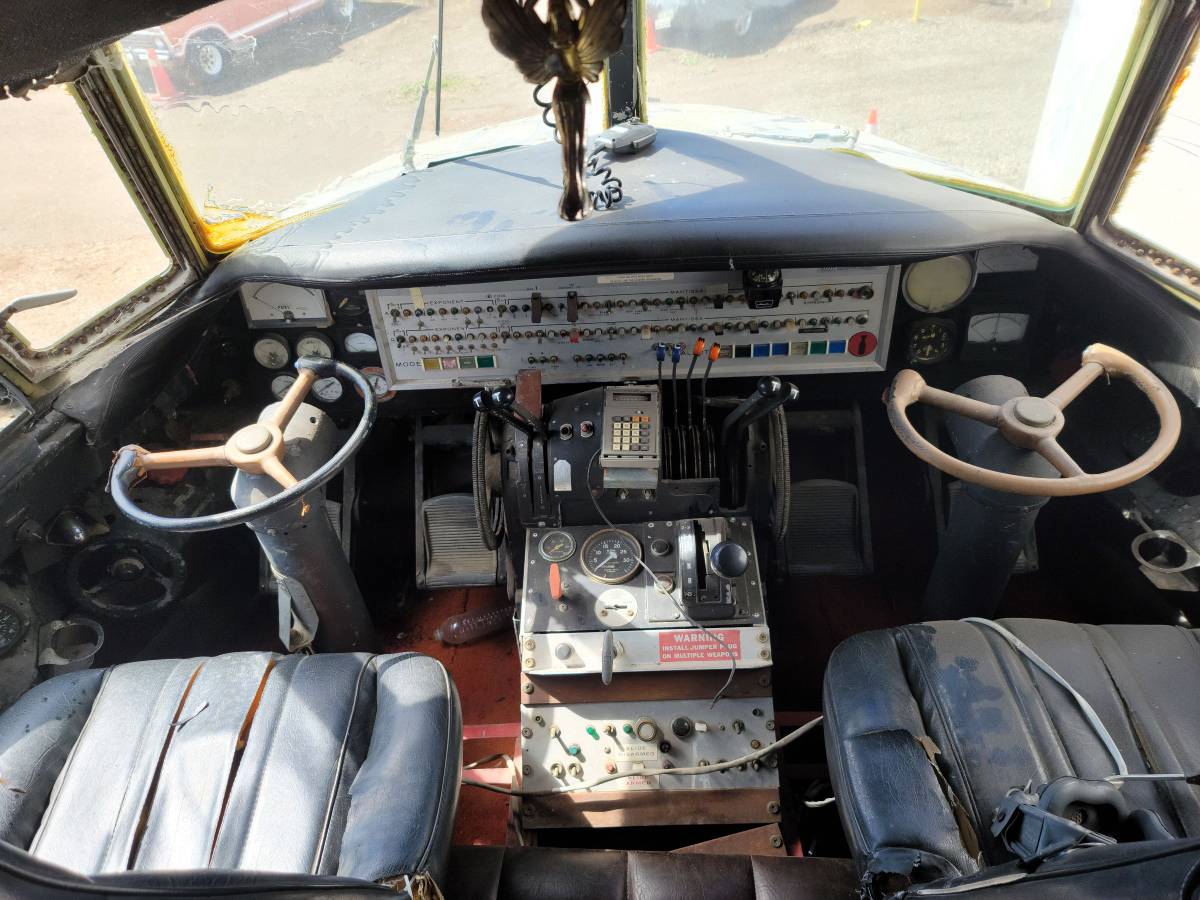 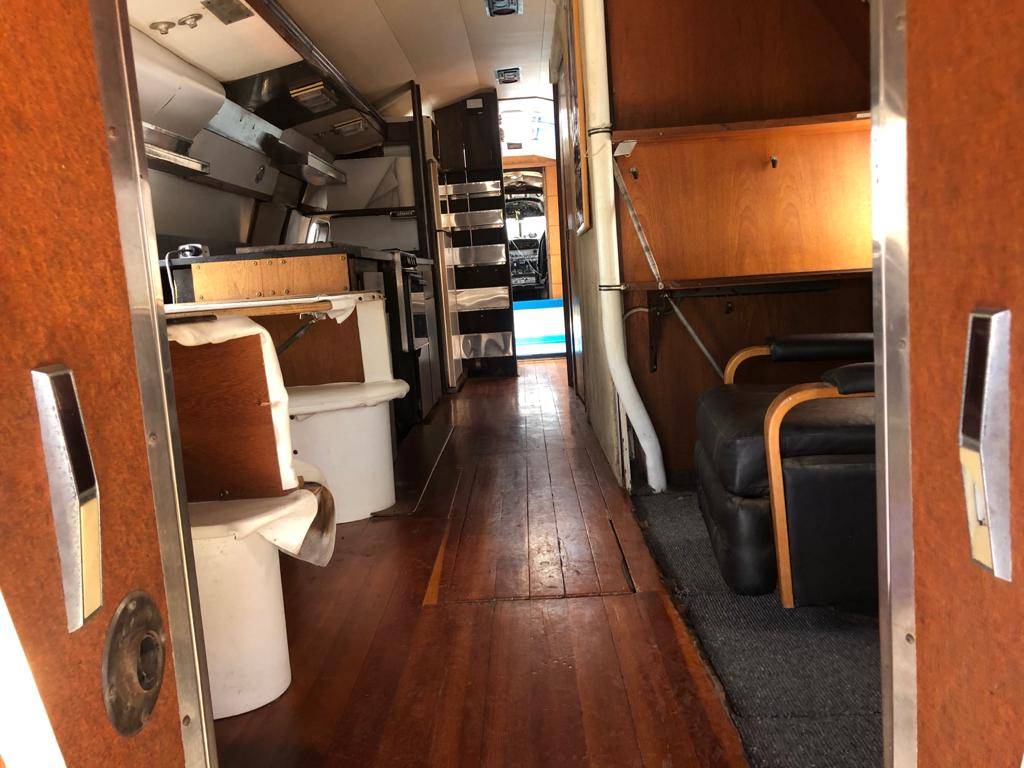 Its cockpit remained very much in the Convair’s style, and allowed the Andromeda to be driven from either the pilot or co-pilot’s seats. Aft of it was an open area with a sound system and a hot tub hidden in the floor, one which Tosta remembers filling with a fire hydrant in an anecdote shared with Santa Barbara Independent.

Past that was the lavatory, opposite which was a well-equipped kitchenette, with a combination gas stove and oven, a sink, and what appear to be a microwave and a sizable refrigerator. Finally came the gangway, above which juts a sleeping berth with hinged roof panels for gazing up at the Andromeda’s namesake. 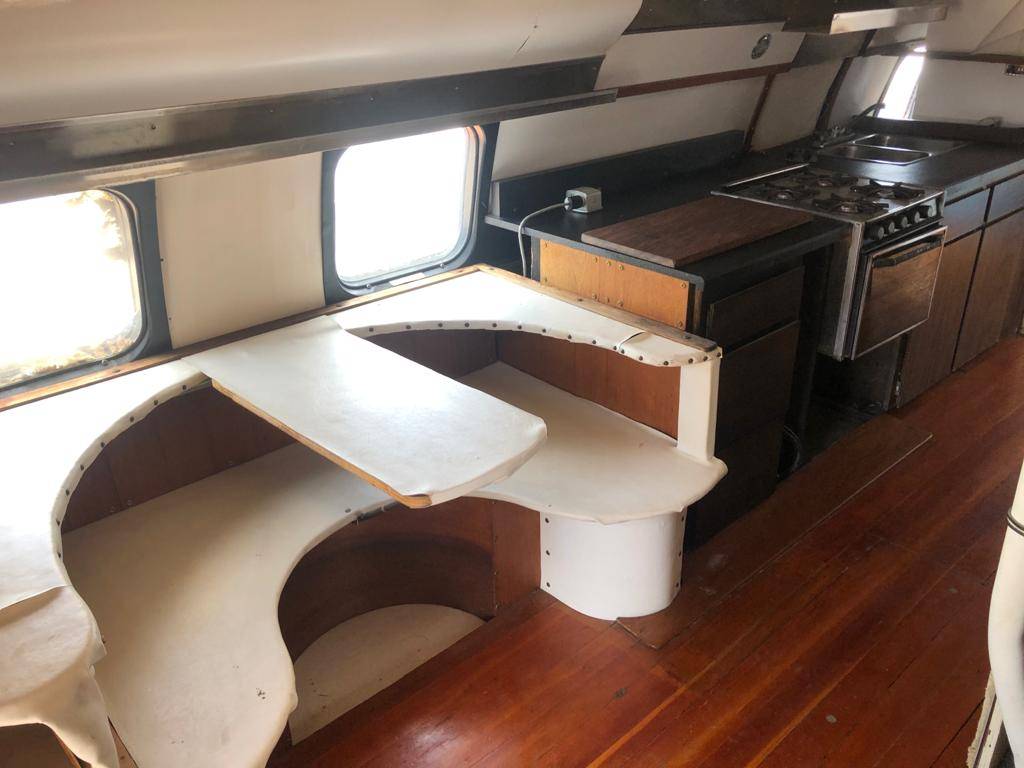 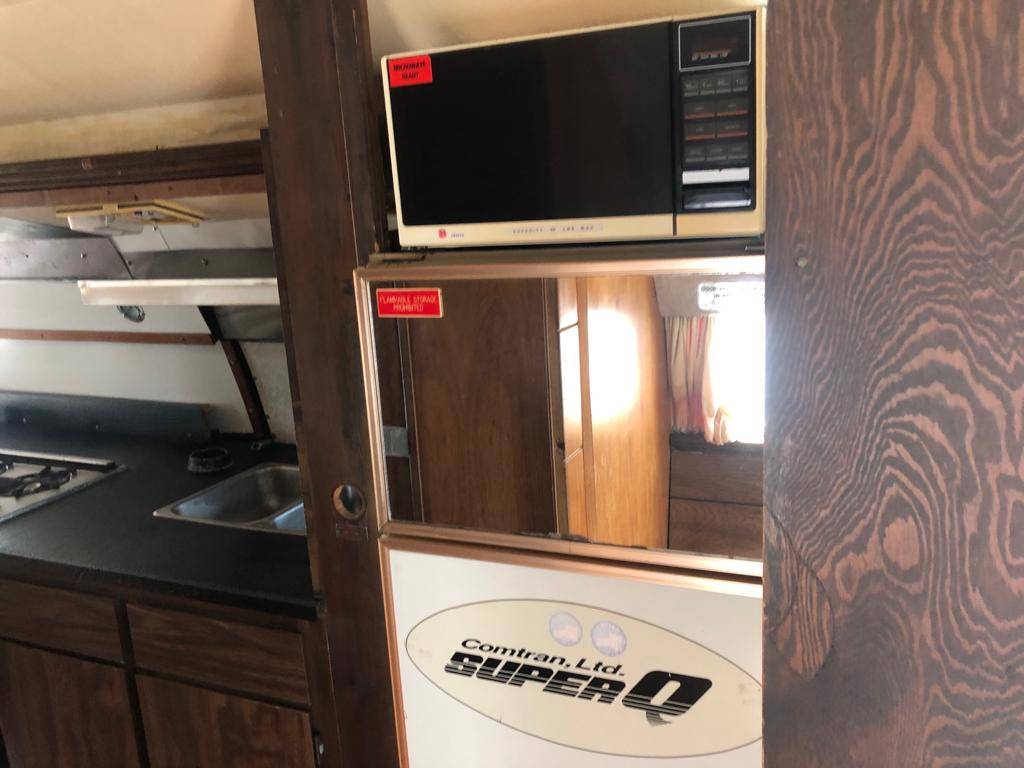 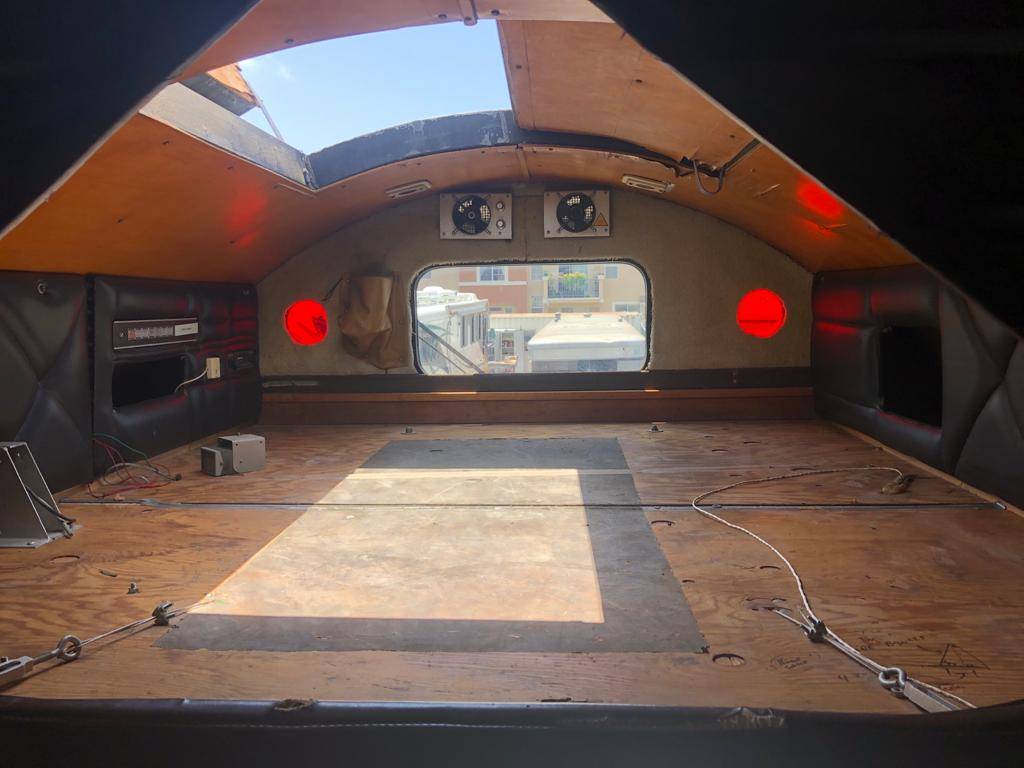 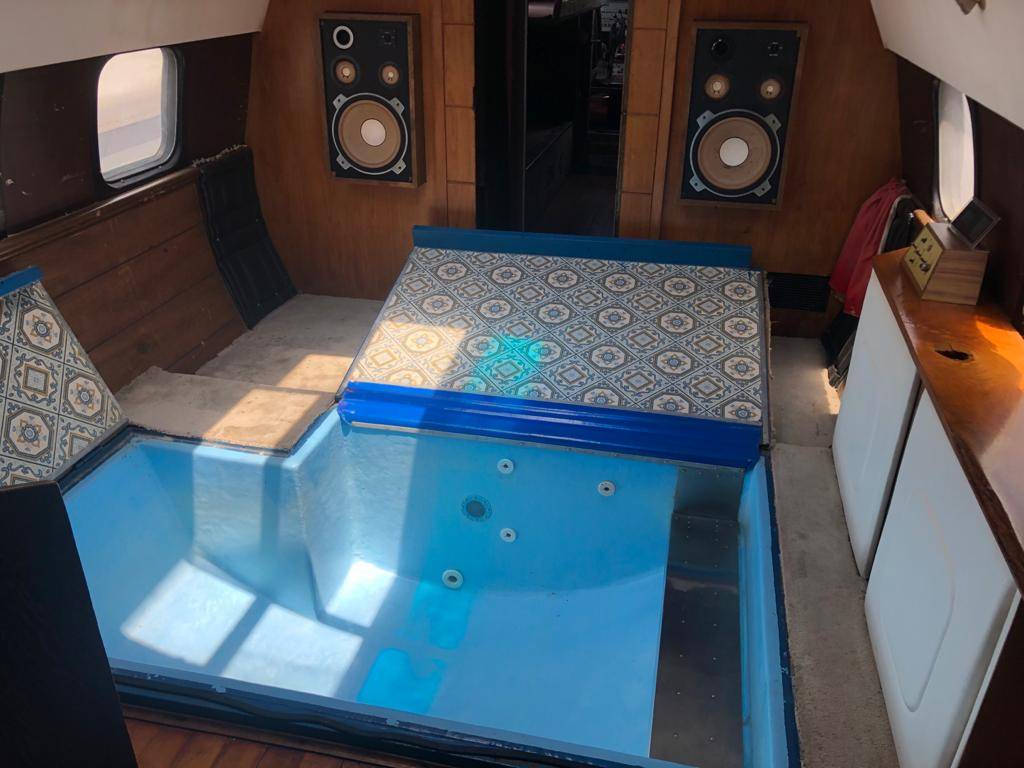 Crona and Tosta were reportedly tight-knit friends, enjoying one another’s companionship for decades, often in the back of the Andromeda, which they used as a “green room.” Their bromance, however, ended in early 2008 when an anonymous tipster reported the fugitive Crona to authorities, who shipped him back to Michigan to finish his sentence according to the Santa Barbara Independent. There, Crona’s health failed him, and in the years since, his Andromeda has changed hands multiple times at different asking prices and in ever-degrading condition.

And in April 2021, it’s back on the market again and still in California, but this time in shabby shape despite its rating of “excellent condition” on Craigslist, for the asking price of $27,995. Its seller doesn’t state the condition of its unspecified International Harvester engine, only that the unusual RV “needs some TLC and paint job to make it perfect,” though it goes on to say that “the Andromeda can cruise down the freeway at a comfortable 65 mph.” However, it could use refurbishment, but modernization? Nah, let Andromeda stick around as a time capsule—and as a tribute to the eclectic men who built it. 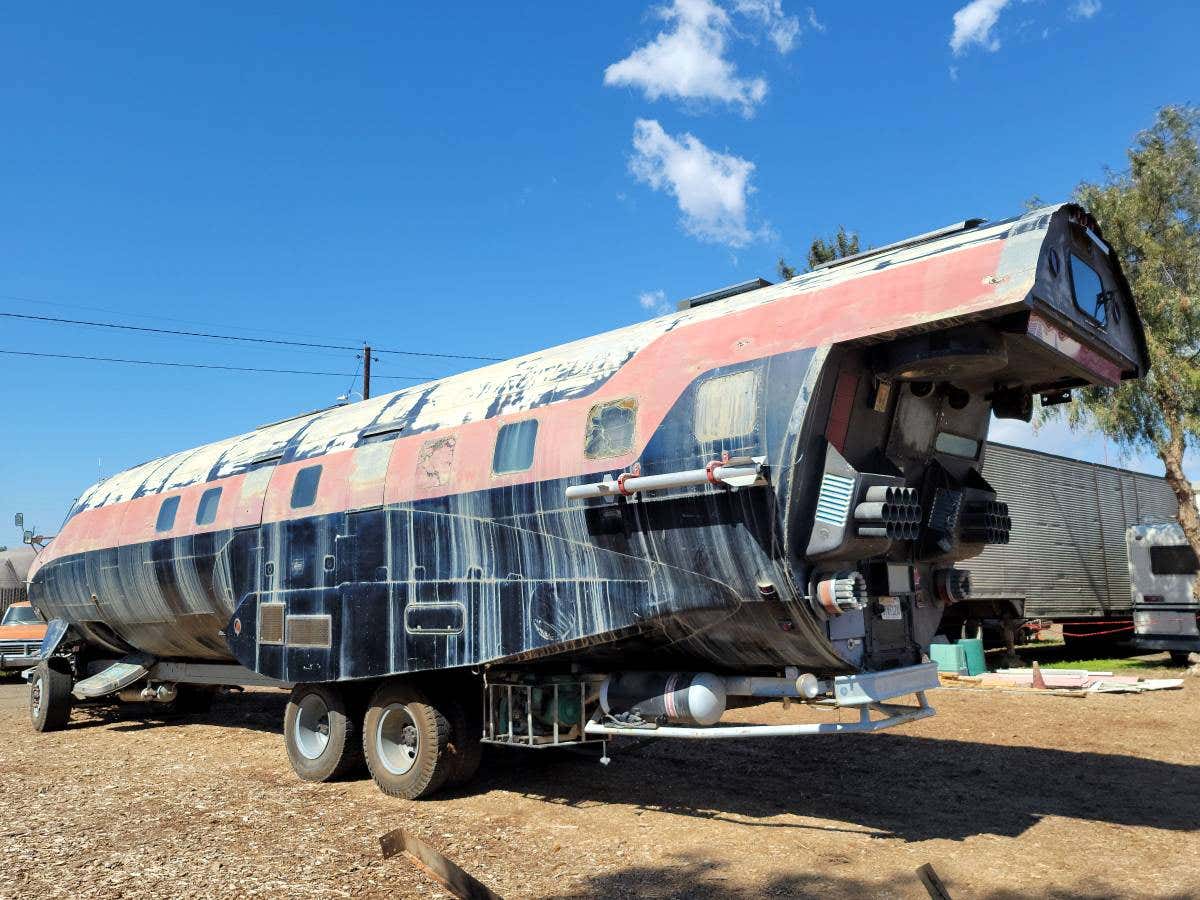