You’ve probably heard recently that PLUS Malaysia (PLUS) will begin accepting toll payments via Touch ‘n Go RFID on the main stretch of the North-South Expressway (NSE) beginning from January 15, 2022. If you haven’t, we’ve covered the topic in detail in an earlier post so you can get up to speed on what to expect.

The rollout of RFID has been ongoing for some time now, with most highways that have an open toll system (fixed toll rates based on vehicle class) like the New Pantai Expressway (NPE) and Guthrie Corridor Expressway (GCE) already supporting the toll payment method.

In the case of the NSE, which has a closed toll system (toll charged based on distance travelled), the implementation of RFID toll payment is new and will eventually result in the discontinuation of Touch ‘n Go card and SmartTAG toll collection. Don’t worry, as you’ll still be able to use both in the near term, with the government previously saying it plans to only end both by the end of 2023.

Even so, motorists will have to make the switch to RFID eventually. If you’re already an RFID user, you’re probably already familiar with how the whole thing works, but for newbies who are unfamiliar and are wondering how to get their vehicle equipped with the technology, read on.

Can someone install RFID on my car for me?

Yes. There are plenty of RFID fitment centres located in Peninsular Malaysia that can assist you in installing the RFID tag on your vehicle. The list of centres can be found here and it will cost you RM35 per RFID tag.

Can I install the RFID tag on my own?

Sure thing. You can purchase RFID self-fitment kits from the Touch ‘n Go eWallet app or from Shell and BHP Petrol stations, Watson stores, or Lazada and Shopee online stores. Just like at RFID fitment centres, the price of the self-fitment kit is RM35.

Each self-fitment kit comes with an installation guide provided via a QR code as well as a step-by-step guide on how to install the RFID tag. It’s recommended that the RFID tag be placed on the left-hand side of the car, be it on the headlamp or windscreen.

This is because of where the RFID readers at the tolls are aimed at, and putting the tag on the right-hand side simply means the toll palang will not be raised because the tag cannot be detected.

Additionally, the RFID tag needs to be situated at least 5 cm away from metal parts to prevent any possible interference, which, on the windscreen, means away from the A-pillar, and if located on the headlamp, in the middle to have some distance from the bodywork.

Should you choose the windscreen as the spot to place the RFID tag, take note of the path of your car’s wipers and if your car’s tint has a high metal content. The headlamp is preferred for a majority of applications should the latter be the case.

Our RFID tags do not require an external power source, so you will not need to change the battery like you would with a SmartTAG. The readers at the tolls use radio energy transmitted to read the tag and gather the necessary information for the toll transaction to occur.

What do I do after getting the RFID tag installed?

The next step is to activate the RFID tag, which can be done online via the TnG RFID Portal or the TnG eWallet app. The process for either is the same, requiring you to input the ID number of the RFID tag purchased, the vehicle details and other personal details.

Once completed, you’ll be notified on your phone within 24 hours when the RFID tag is activated. Each tag is linked to your TnG eWallet, and you can have multiple tags linked (one for each car), with a dashboard to keep track of transactions and other information.

Toll payments via RFID are done via the eWallet, which is a digital wallet that you’ll need to load with money, just like you would with Boost, FavePay, GrabPay Wallet, ShopeePay and many others. Reloading is a simple process and can be done in the app itself using credit card, online bank transfer (Maybank2U, CIMB Clicks, etc.) or an TnG eWallet reload PIN.

This is a lot more convenient compared to TnG cards that require you to physically head to a kiosk or petrol station, and there’s no reload fee for the eWallet. If you prefer not having to manually reload your eWallet, you can also make use of the auto-reload function that automatically tops up when the balance hits a certain threshold.

The RFID tag is activated and I have money in my TnG eWallet. How do I use it on highways? 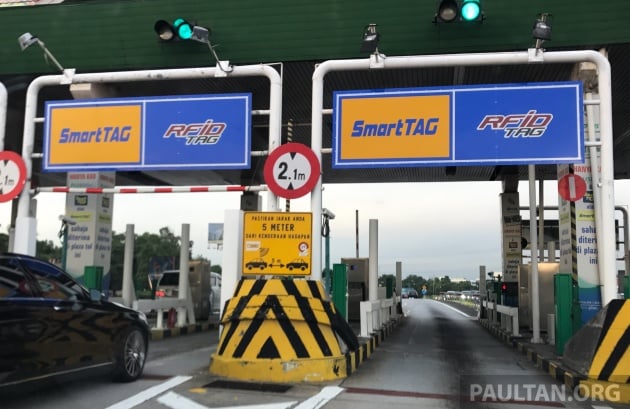 With everything readied, paying tolls via RFID is a simple as driving through the dedicated (or hybrid) RFID lane at toll plazas, just like you would normally. As you pass through, the tag is read, the necessary toll charge is shown on the display board and deducted from your eWallet, and the barrier is raised. You’ll also get a notification sent to your phone containing details of the transaction.

Overall, the toll payment process is certainly simpler and quicker than having to tap a TnG card on a reader, or having to hold up your SmartTAG (if you don’t have it stuck on your windshield) to the overhead reader. The latter is still relatively convenient but is still reliant on a TnG card, which isn’t the case with RFID that gets its funds from a digital wallet you can reload anytime, anywhere.

Can I transfer my RFID tag to another car? What if it gets stolen? 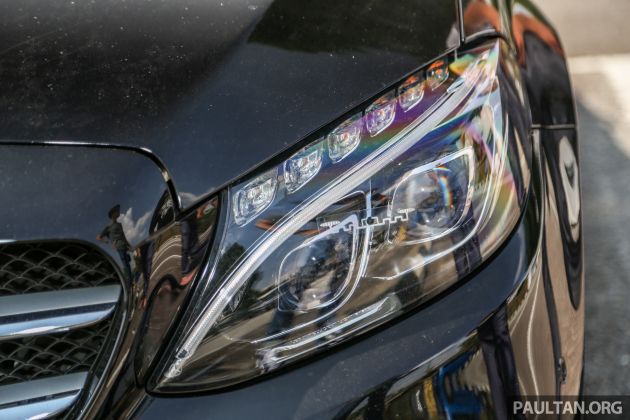 The RFID tag is claimed to be dirt, weather and waterproof, but also to stop functioning once peeled off the surface it is stuck on. As such, you won’t be able to transplant the RFID tag to another location and it also means that it is of no use to thieves.

Even so, should you install the RFID tag on a headlamp with a protective film already installed, thieves could carve out the RFID tag from the additional layer, so keep that in mind before getting yours fitted. In the event the tag goes missing for whatever reason, call up the TnG Careline to suspend the particular tag or to arrange for a replacement.

What if I sell my car already fitted with an RFID tag?

Every RFID tag is uniquely identified to the car it is registered to, so unlike a SmartTAG that can come along with you, you’ll first need to terminate this association. If not, you’ll be doing some charity by helping the next owner of your car pay his/her toll using your TnG eWallet account. As we’ve reported previously, there’s no compensation for deducted toll fare if a customer has failed to terminate his/her RFID tag. 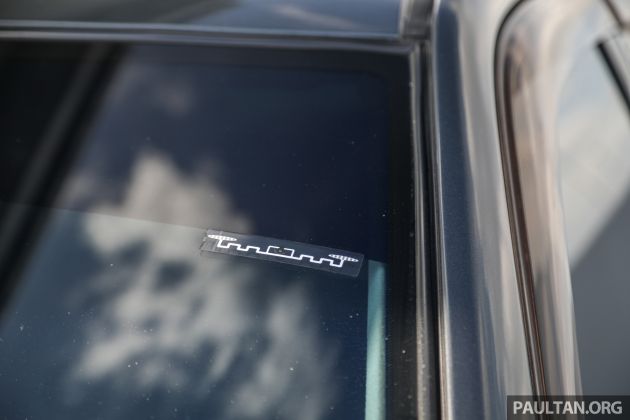 You can only terminate an RFID tag by calling TnG Careline, as there’s no way to do so via the RFID Portal or TnG eWallet app. This is deliberate as verbal verification of the user’s identity is needed before the termination process can continue. You’ll need to provide your full name, MyKad number, phone number, the registration plate number of the associated vehicle and the available eWallet balance.

After confirming the termination of the RFID tag, you can verify via the eWallet app if the car has been removed from your account and you can proceed to register for a new RFID tag for your next car.

On the flipside, if you purchase a car that already has an RFID tag fitted, it’s of not much use to you since it will likely already have been deactivated. You’ll need to have it removed and install a new one linked to your account.

Where can I find even more information?

We’ve covered the RFID topic many times in the past and you can find out more in the links below: