Two pre-production 2021 Ford Broncos met an unexpected end this morning as they were involved in a trailer fire at a truckstop in Greenville, Illinois.

The carnage was captured and posted to the Bronco 6G forum, showcasing the aftermath of the trailer fire that toasted two of the examples sitting inside. Both of the Broncos appear to have heavy smoke damage, while the Rapid Red Wildtrak variant seems to have sustained the most destruction, as it appears to have been parked directly above the source of the fire. 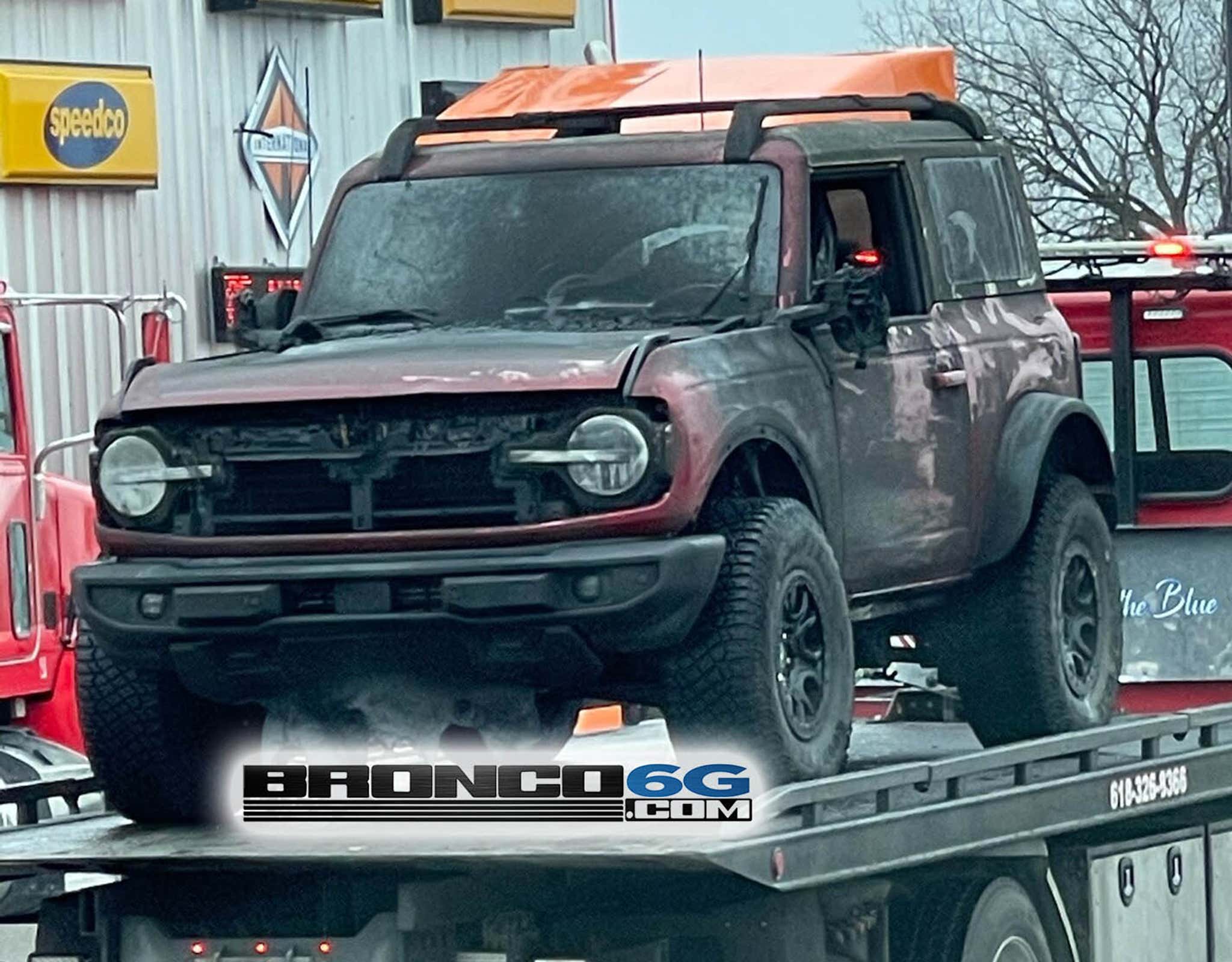 As for what started the blaze, it’s anyone’s guess; however, it is believed that the fire originated from the trailer and not the Ford Broncos inside. Some forum users say it could’ve been sparked by a stuck brake, a bad wheel bearing, or even a flat tire that was run for too long. An administrative assistant from the Greenville Fire Department told The Drive that crews were called to the truck stop around 5:25 a.m. local time for smoke being emitted from the rear axle of the semi’s trailer. They were unable to provide an official cause, however, as the report of the incident was unfinished at the time of contact.

This was backed up by the eyewitness who snapped these photos according to comments in the original thread.

“Coworker sent me the pic, so I’m not 100% sure [what caused the fire], but I can say with 100% percent certainty, it was either the truck driver running a flat tire too long, or he had a brake hanging up and it caught fire,” wrote the original poster in a reply to the thread, “This was NOT caused by the Broncos, for anyone wondering. This was an equipment failure of some kind on the trailer.” 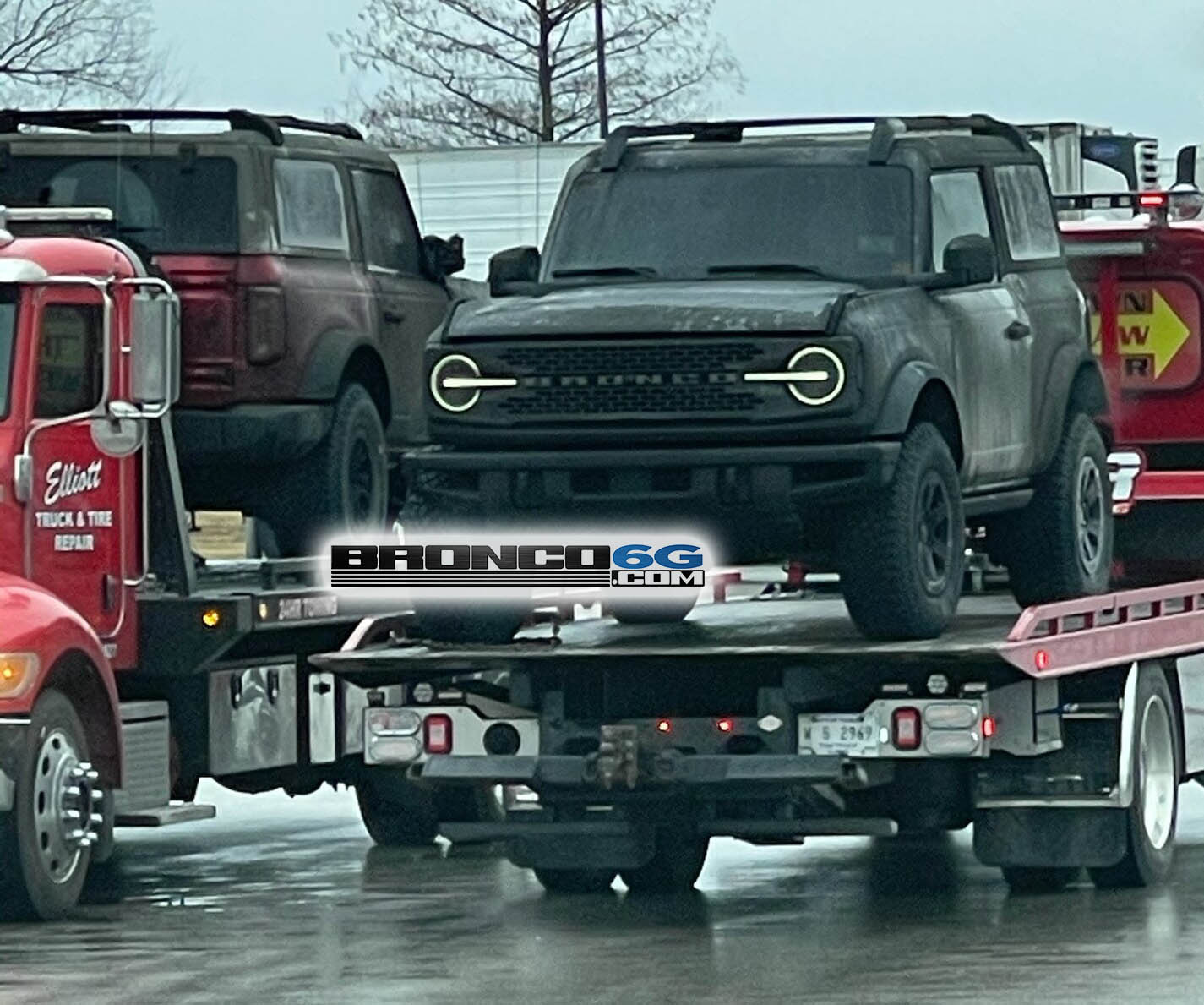 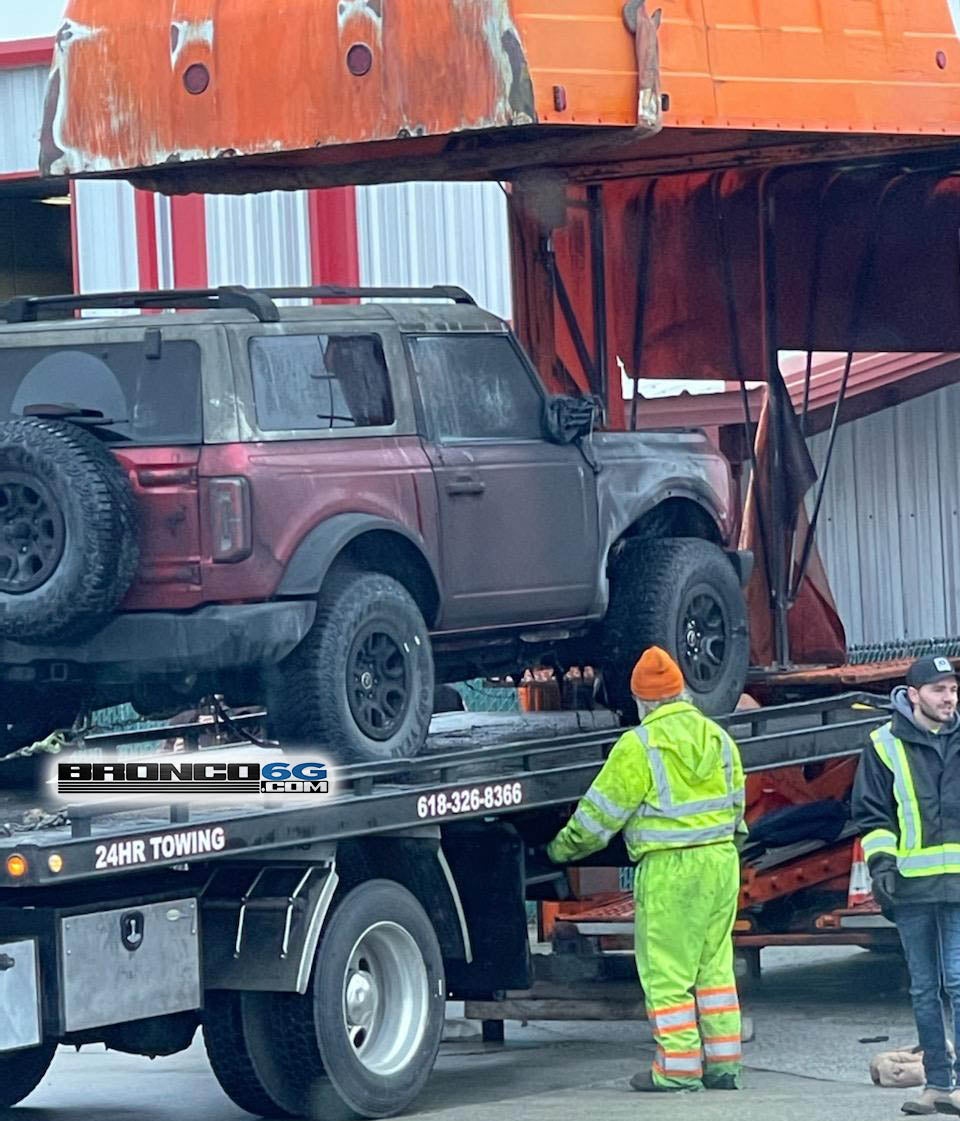 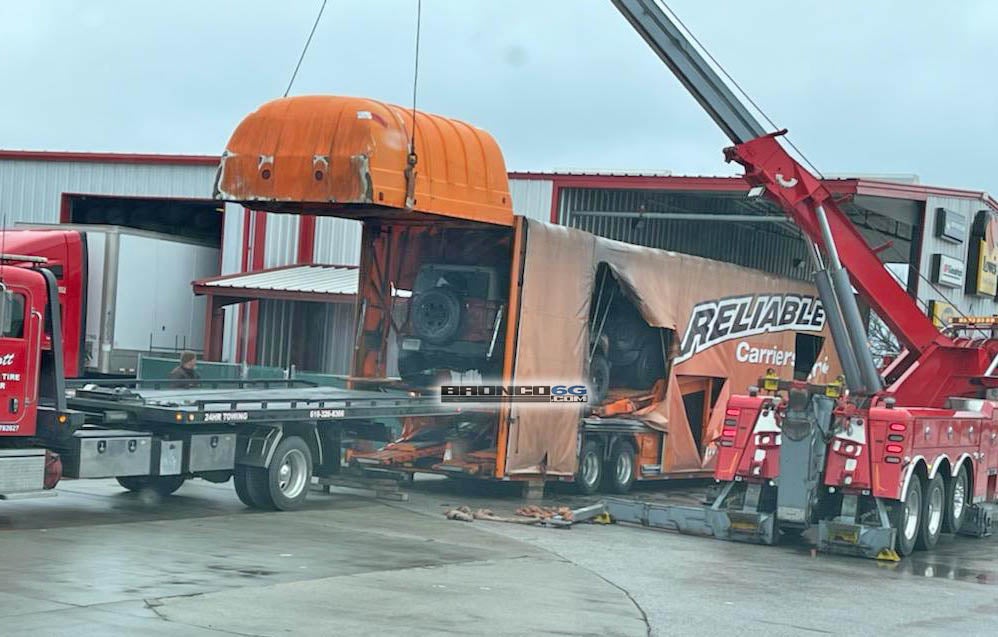 The cars appear to have been transported in a Reliable Carriers trailer. Reliable is one of the largest enclosed auto transport companies in North America, and it often handles the transportation of fleet vehicles loaned out for various reasons. It’s unclear if these Broncos were press fleet loaners or if they were being transported for some other purpose, but it’s worth noting that these almost definitely weren’t intended for customers.

Ford appears to have been made aware of the situation and is investigating accordingly. “We are aware of a transport truck that caught fire,” Ford told The Drive in an email. “We are investigating the incident and have nothing further to share at this time.”

Additionally, since they’re pre-production units, it’s unlikely that they’ll ever see the auction block at Copart and will instead face an early trip to the crusher. We’re hoping that Ford saves them as the damage doesn’t appear to be too bad from the outside, and—let’s be honest—it looks kind of badass. Still, we won’t hold our breath.