BHPian saikishor recently shared this with other enthusiasts.

There is an exact same thread on cars, so I thought why not start one for two-wheelers as well?

Some examples that I can think of:

This was a bike which was full of niggles when launched initially. Think of this bike as a 2019 Tata Harrier. Search for Royal Enfield Himalayan BS3 and you will find posts and threads about numerous issues. Post BS6, the bike started doing decent numbers, and you can spot this bike on a regular basis on the roads. It has also gained a decent fan following for being a good entry-level adventure motorcycle. 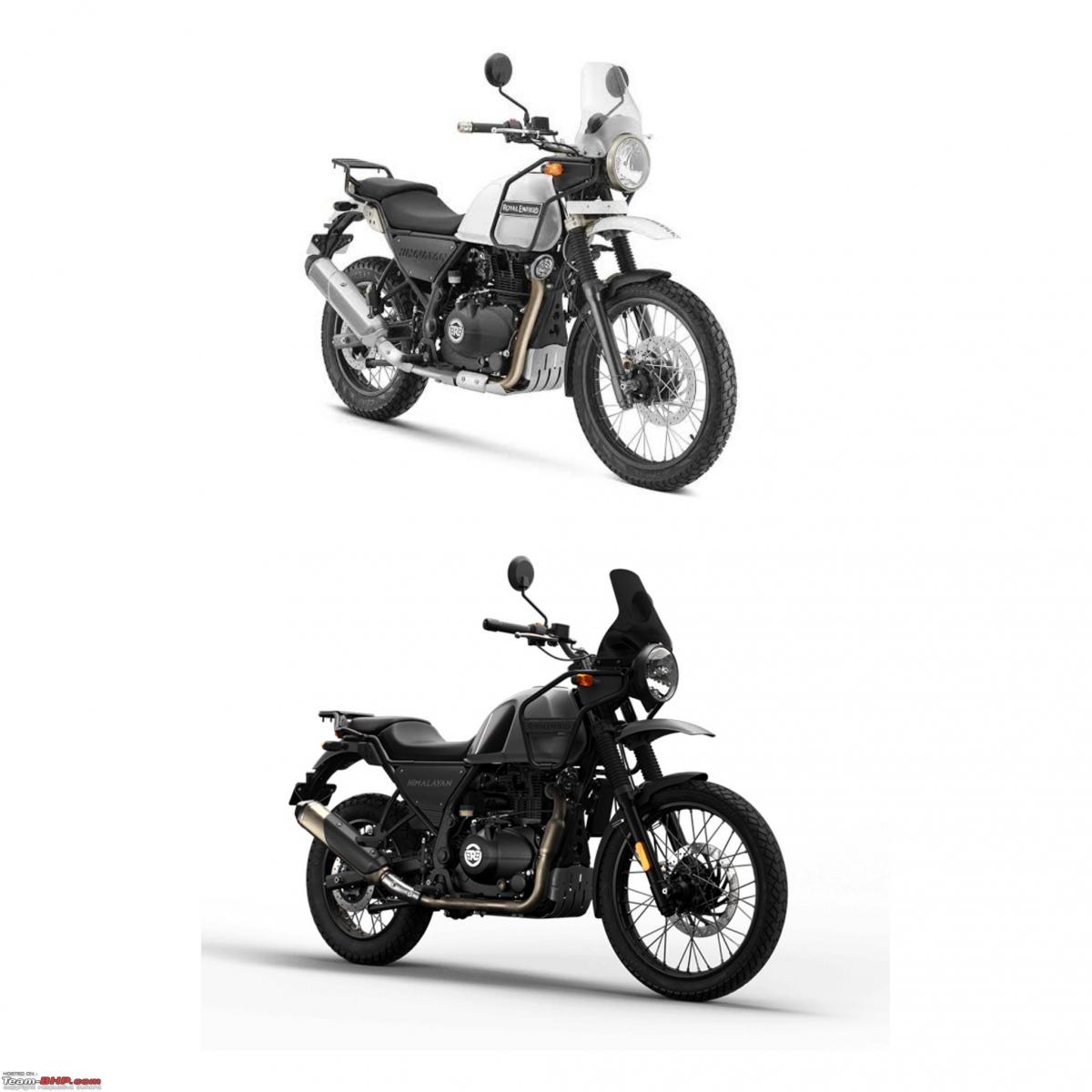 The Apache RR310 was launched in 2017 IIRC. It was plagued by a vibey engine tagline, and that was the reason it was never a sales success. Also, the RC390 was not far away but the prime reason for poor sales was the vibey engine.

Come 2020, TVS launched the updated BS6 RR310 with a TFT screen and bragging rights-worthy Michelin Road 5 tyres. The engine refinement levels were also much improved but the engine still had vibes. Sales numbers started to take off slowly, and the bike gained a good reputation for being an all-rounder machine. Even now it is not a huge success as such, but you can spot bikes regularly and it is getting the praise it deserves. Launched at the end of 2016 IIRC, the Dominar was the 390 Duke in Bajaj touring clothes. It was launched at a VFM price tag back then, 1.36 lacs for the Non-ABS version (I seriously doubt if even a single unit of this bike has been produced or sold) and 1.5 lacs for the ABS version. It was a kinda cost cut version of the 390 Duke, with regular front suspension (vs USD forks), 35 PS of power (vs 43 on the 390) and a box section swing arm if I am not wrong as opposed to an aluminium swingarm (please correct me if I am wrong).

The Dominar was also considerably heavier than the light and agile 390 Duke. Sales didn’t take off because of the marketing that Bajaj did. They advertised the bike with the infamous “hathi mat paalo”, squarely aimed at Royal Enfield. Come 2019, Bajaj updated the Dominar with USD forks, 40ps of power (+5 PS gain) and some other small updates. The bike had gained a reputation as a good entry-level touring machine. Sales improved, but this was no blockbuster motorcycle that was ringing the sales charts on fire every month. Come end-2021, Bajaj gave the Dominar some much-required touring accessories, based on customer feedback, making it the best entry-level touring machine that one can buy. These bikes were BMW’s take on capturing the entry-level performance motorcycle segment in India. I don’t remember when these bikes were launched, but they had an atrocious 2.99 lac & 3.49 lac price tag respectively. The bikes didn’t find many takers, which was obvious as the bikes had nothing much to offer apart from the snob value of the BMW badge.

Come 2020, BMW launched the BS6 versions of the bikes. When every other bike maker was increasing prices in lieu of BS6, BMW dropped the price and launched the bike with updated emissions and a few feature additions. The bikes now cost 2.45 lac and 2.85 lac. This grabbed eyeballs, and in turn, improved sales. You can spot these baby BMWs on a regular basis. This is the only commuter I can think of, and I don’t really have a lot to talk about this bike. All I can recall is this was a dud initially, but after the facelift in 2013-2014, it started to sell really well. Now it regularly features on Hero’s top sellers. These were the examples I could think of. Would like to know views from other members as well.

Here’s what BHPian DrCar had to say about the matter:

One bike that comes to my mind which was a flop initially but gained success thereafter but in a different guise is Bajaj Eliminator. It was a collaboration between Bajaj and Kawasaki.

During the time of launch, it was one of the most expensive bikes to buy. People looked other ways as they would have preferred a car at that price point.

Bajaj thereafter tweaked a few things and launched the Avenger series, and they never looked back after that. Here’s what BHPian boniver had to say about the matter:

Yamaha RD350 – A bike that barely sold in India when new, now has its demand shooting through the roof!

Here’s what BHPian raycers_honda had to say about the matter:

The Honda Dio. When I bought it way back in 2013 when it was doing horrible sales numbers. Then suddenly they launched the refreshed model with a better suspension and all of a sudden it started doing 5-digit sales numbers. It was almost perfect before except for the suspension, all they had to do was provide telescopic suspension since the start they could have really hit the charts.

I sold my Dio 2 years ago and now have the Grazia which again has a similar sales number trait to the Dio.

Honda’s scooter segment is slowly dying in India. My next scooter will definitely not be a Honda for sure.

Here’s what BHPian IshaanIan had to say about the matter:

For me only two bikes come straight to mind:

The Glamour – because I think fuel injection was too expensive for the market to digest at launch or something like that, can’t remember, but soon enough it became popular as the years went by perhaps having proven its mettle as a reliable workhorse.

The Impulse 150 – unfortunately for Hero, I don’t think this bike was a success ever during the time it was on sale however, after it was pulled and the used automotive market went up, people really seem to value their Impulse 150s a lot. And I mean a LOT. I guess that and the success of the Himalayan was what inspired Hero to take another stab at it by kind of blending the two and launching the XPulse 200.