President Joe Biden is visiting Ford’s Rouge Electric Vehicle Center today and, let me tell ya, it’s been full of surprises. He did a tour of the facilities, made a speech where we got our first look at the electric F-150 Lightning in the background, and even completed an impromptu test drive of the new battery-powered pickup.

The Dearborn automaker already has one mass-market EV for sale today—the Mustang Mach-E. However, the new electric F-150 Lightning is set to be a pivotal product for the automaker. Success with the Lightning means success in America’s hottest vehicle segment, but with cutting-edge electric tech. No wonder Biden wanted a drive. 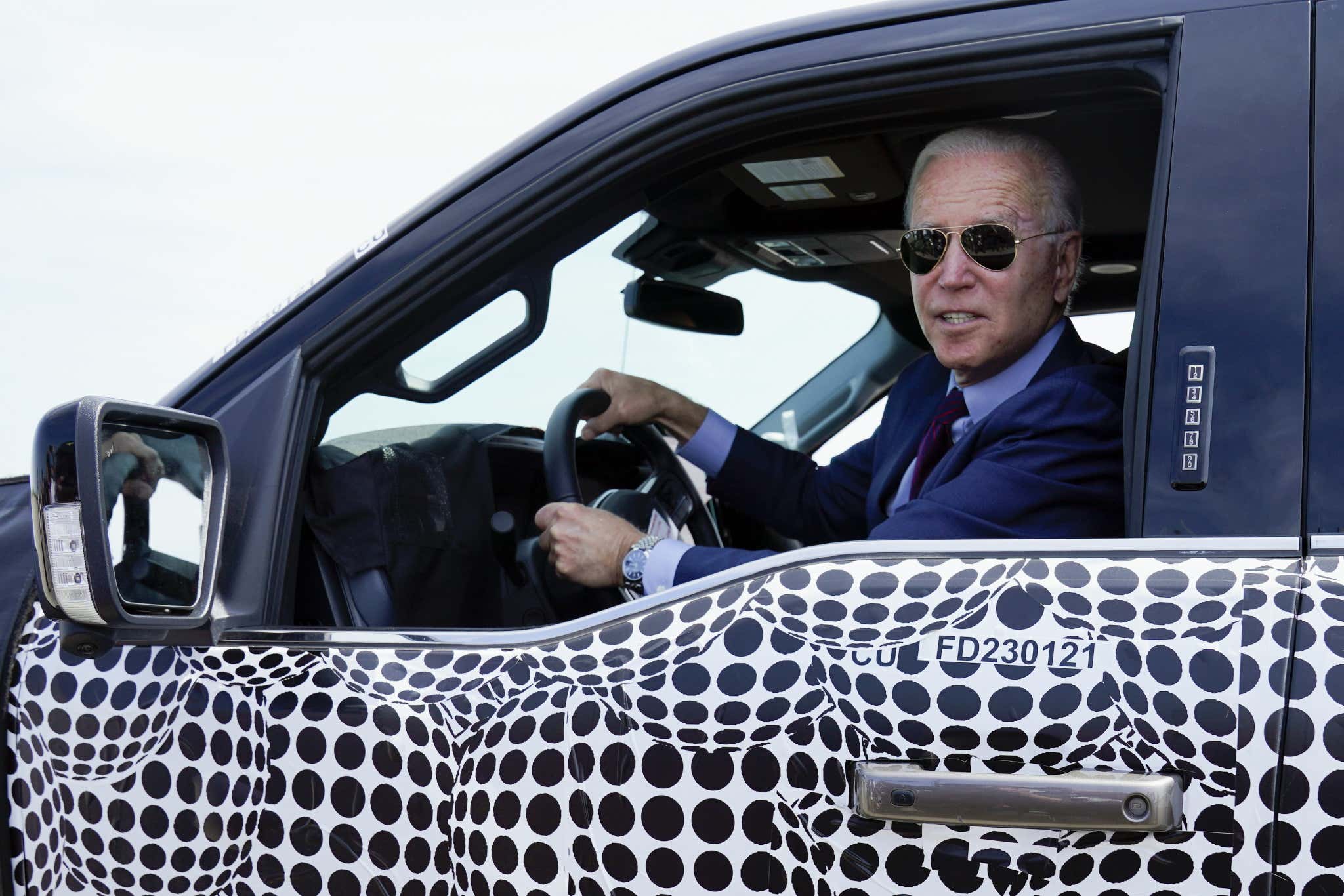 It’s reported by Morgan Chalfant of The Hill that this test drive was totally unscheduled. In a tweet, Ford North America Product Communications Manager Mike Levine said, “So. This just happened,” referencing the president’s quick spin behind the wheel.

In the videos
below, you can see that Biden is definitely showing off the new pickup’s performance, telling the press, “This sucker’s quick!” He takes the truck on a high-speed run, saying he would “step on it and come off at 80 miles per hour.” The president is clearly having as much fun as he can for this short time that he can actually, y’know, drive.

Sitting presidents are typically barred from getting behind the wheel, but that’s only on public roads. During his presidency, Barack Obama drove a Chevy Volt somewhat secretly on White House grounds, a far cry from the full-on test drive that Biden did today at Ford’s facilities. The prototype Lightning pickup that he drove was still covered in camo, although several specs of the truck are now coming into focus following the president’s visit.

If you want a better look at the truck sans camo, a few images have been snapped by on-site press. There’s also video of the truck in the background of the president’s speech which has a good close-up.