New Vehicle Supply Tops One Million as OEMs Ramp Up

We’ve been to the moon. We’ve figured out a way to get from zero to 60 mph in under two seconds without making any noise. We’ve even managed to manufacture cheese—the preferred cheese to put on burgers, no less—out of plastic. For all of humanity’s achievements and technological advancements, there are certain things that seem oddly and frustratingly primitive. The one I’d like to take time out of your day to talk about is admittedly a crucial one: windshield wiper stalks.

Here at The Drive we drive a lot of different cars. And sometimes, well, it rains. And when it rains, I’m reminded of one ironic constant that every automaker shares: they all do wiper stalks slightly differently—especially when it comes to vehicles equipped with a rear wiper. It’s infuriating. 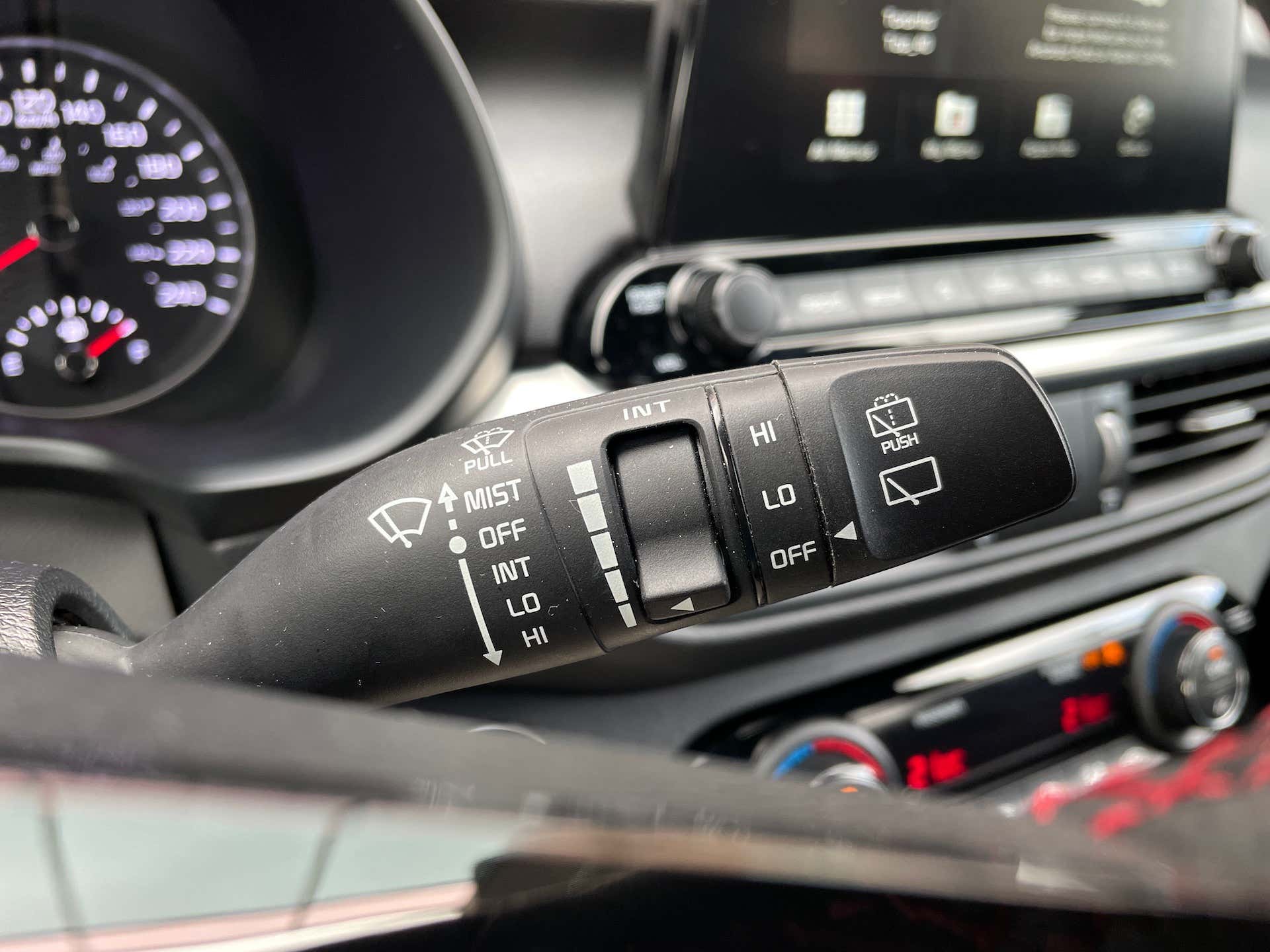 Of course, some manufacturers are better at this than others. For instance, while most subscribe to the philosophy of “move the stalk down the more water falls from the sky,” some OEMs (looking at you, Volvo) go the opposite way. At the same time, some carmakers (like Honda) decide to relegate the granular auto or intermittent adjustment to a rotary piece that spins. Sometimes, however, it’s more of a switch. And, more often than not, the direction in which this knob/switch corresponds with more/less wiper activity is a goddamn mystery.

Do the little expanding triangles printed on the stalk denote more intense precipitation or a wider gap in between wipes? And in which direction do I have to spin the wheel/adjust the switch to make it do what I want? Depending on the make, I’m still not entirely sure.

And, if the engineers have been really creative, there might even be a button or two on there that does… something.

Perhaps even more frustrating than the wiper stalk’s actual operation, however, is that unless it’s absolutely pouring outside and the wipers are moving up and down in front of you in its most rabid setting, it’s always a bit of a challenge to know what speed they’re currently on at-a-glance. Hyundai (and Genesis and Kia), however, has a solution. Instead of just cramming a bunch of hieroglyphics onto the stalk itself (which is kind of dangerous to be looking at while you’re driving in the rain), their systems also throw a popup onto the gauge screen that shows exactly what you’re doing any time the stalk is moved. 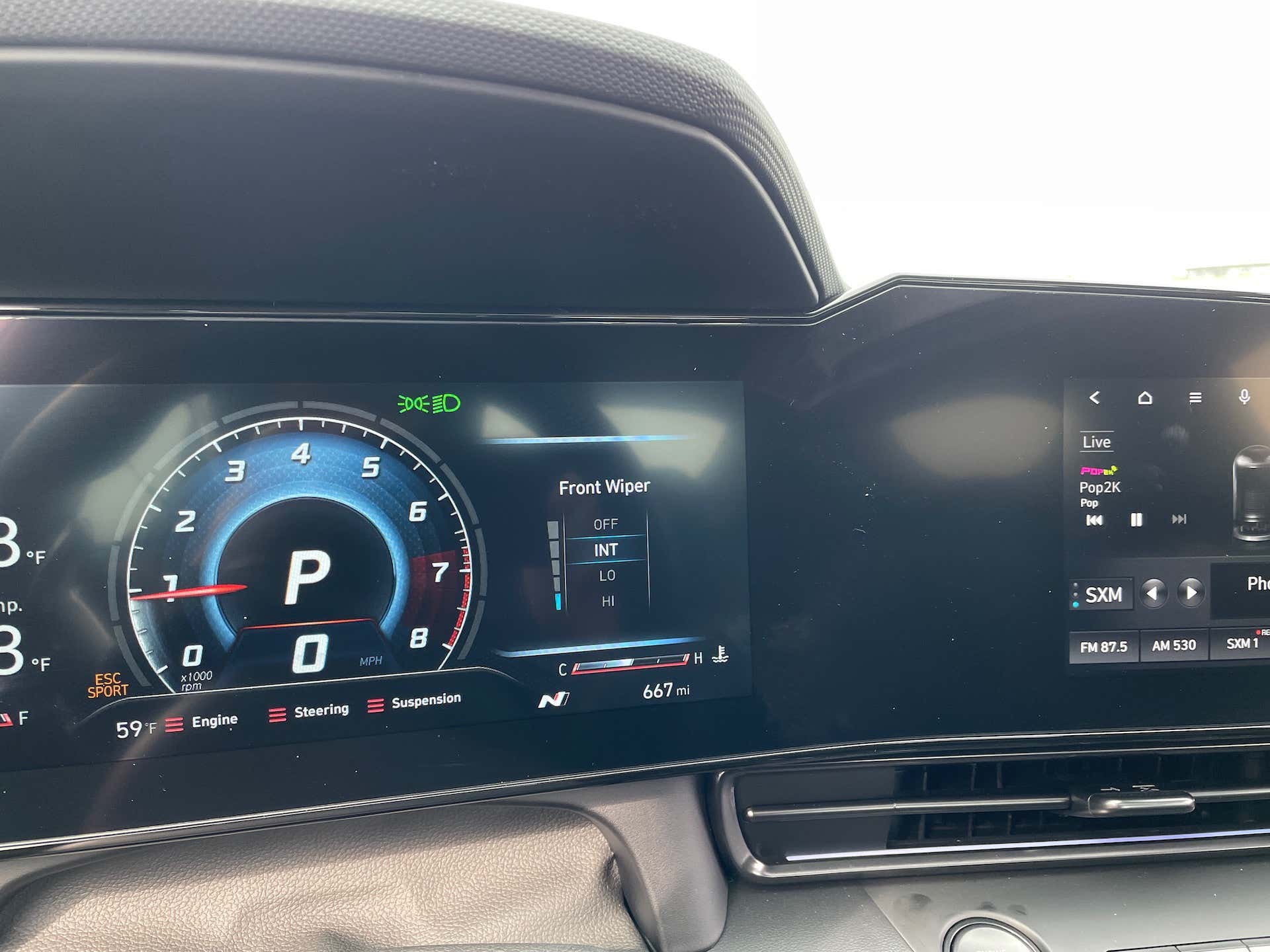 Take a look at the Kia Forte and Hyundai Elantra N I drove recently, for example. If I move the stalk one detent down, the car clearly shows me that it’s in the intermittent position. Move it around once more or fiddle with the intermittent adjuster (a switch in this case) and I know in real-time, full detail exactly what I have my wipers set to. Not only does let you know, in plain English, exactly how your wipers are set at any given time but they also offer a clear, visual layout of precisely how the stalk itself works.

This is a thing, as far as I can tell, across the Hyundai, Kia, and Genesis lineups and, credit where it’s due, Nissan does this as well with the front/rear wipers in the new Pathfinder. But that’s pretty much it. As somebody who’s in and out of a bunch of cars made by completely different companies, the feature stands out as a huge usability win and something that really ought to be a standard in all cars, especially considering the wiper itself has been around, fundamentally unchanged, for more than a century. 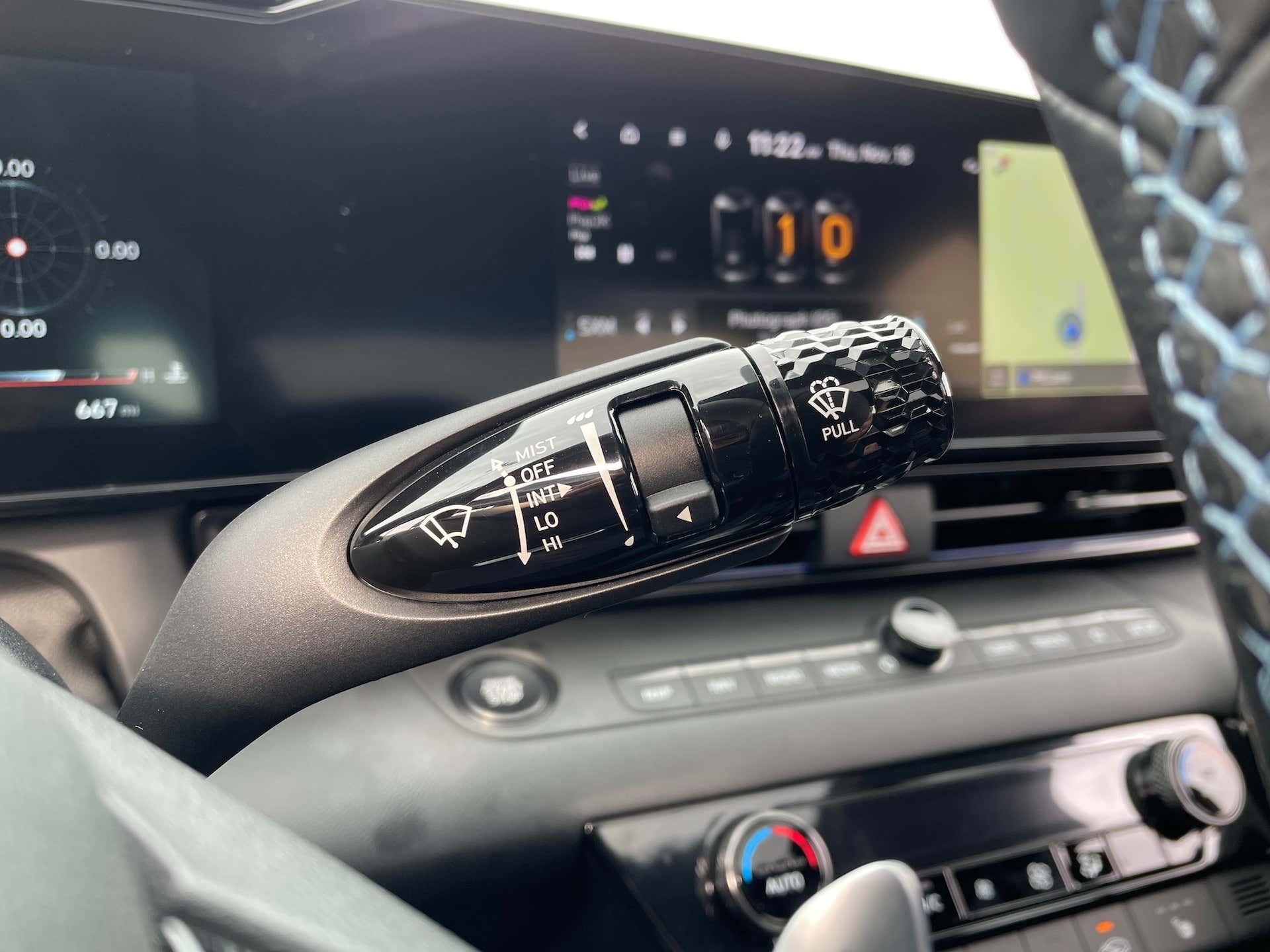 If automakers have the time and money to develop entire sections of their infotainment software dedicated to ambient interior lighting color selection, they can definitely figure out a better way to control windshield wipers.

Got a tip or question for the author about windshield wiper controls? You can reach him here: [email protected]