Henry Ford’s Model T has changed the world for the better. The rather conservative innovator kept the versatile workhorse in production from 1909 until 1927, making the automobile affordable to millions in the process. Of course, throughout those highly progressive years, Ford made a number of technical and design changes to the T without ever sticking to model years, arriving to what is known as the “high hood” Model T for 1926 and 1927. These cars featured a larger hood more in line with the cowl panel, and more metal between the firewall and the windshield.

Interestingly, the Model T got significantly cheaper as the years went by, only to be gradually replaced by the less-revolutionary Model A. What didn’t change, however, was the quality, with many parts including the axles and gears being made of forged vanadium steel. The choice of this durable alloy led to many Model Ts being still drivable today, well over a century after their production. It’s understandable why seasoned car enthusiasts like Jay Leno became fans of the Fords their grandparents drove, yet once the younger generation represented here by 24-year-old Brandon Fay also gets into the Model T scene, these basic machines will have every chance to survive for yet another 100 years. After all, they aren’t all that fussy when it comes to what sort of fuel you could find. 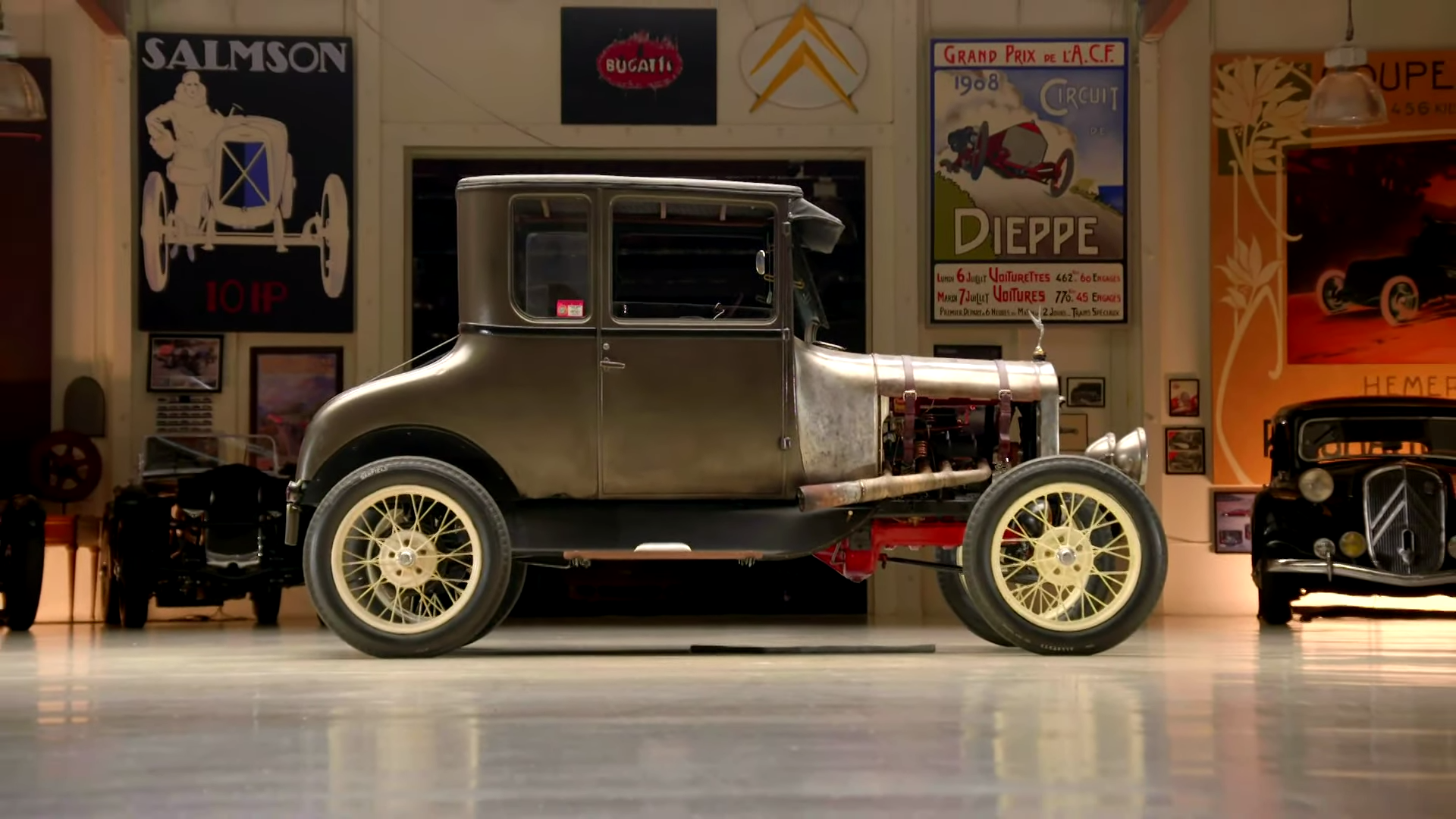 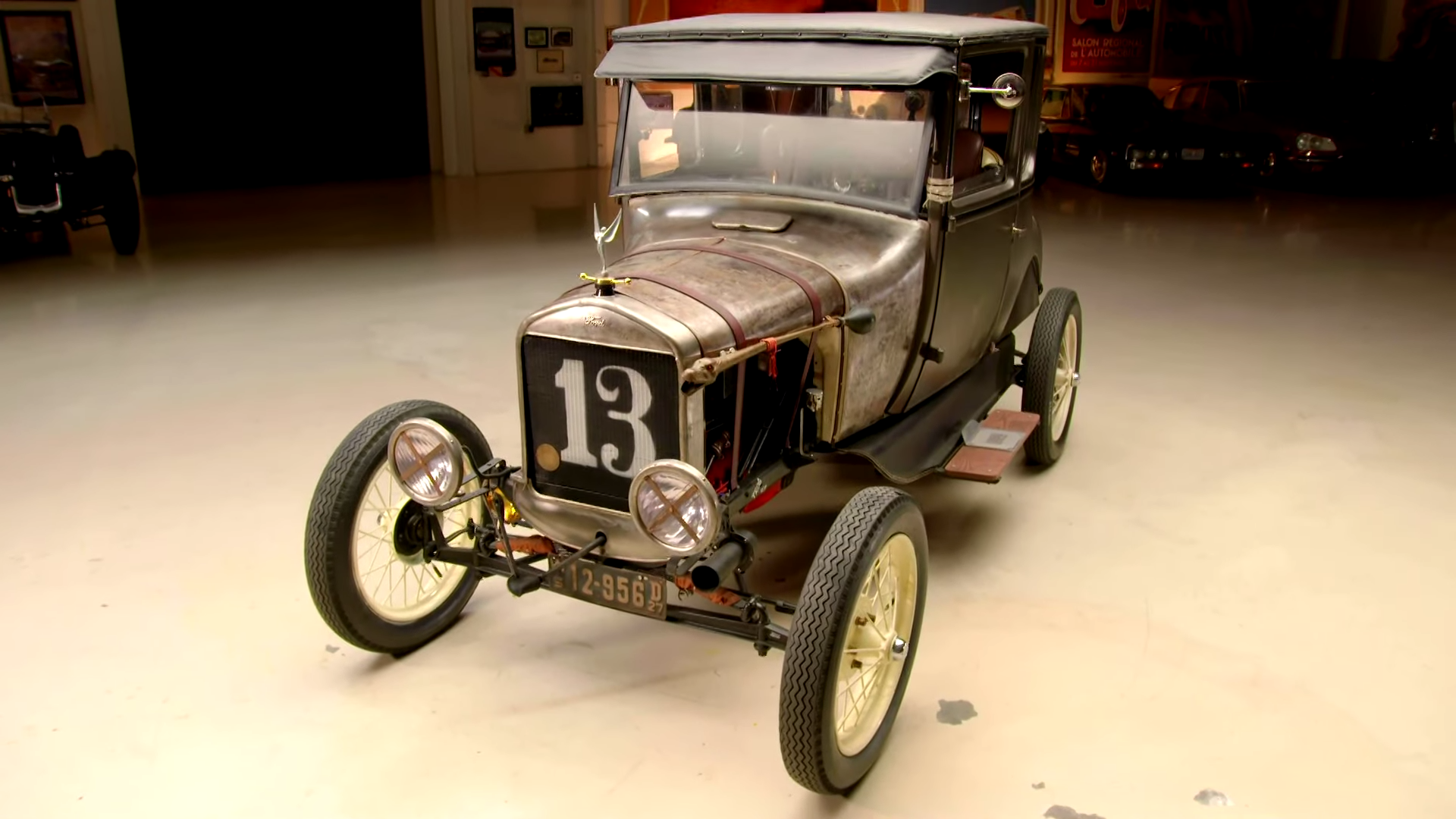 Brandon Fay’s 1927 Model T was saved from a farm in Wisconsin and is so late into production that it features a number of Model A components, along with such modern upgrades as a water pump, an electric fan and ignition system, and various hot rod elements the owner considers to be period correct. On a good day, a Model T’s 20-horsepower engine would grant you a top speed of 44 mph, as long as you remembered that the gas is operated by your hand, the gears by your feet, and the brake is something you shouldn’t even think about.

The gearing should slow you down sufficiently, especially with one accessory that makes a Model T much more useable than the standard two-speed planetary gearbox. First introduced in 1917, the three-speed Warford transmission offered six forward and three reverse gears when combined with the factory unit. Way to make 20 hp count.

Fay’s tweaked Model T was parked at Jay Leno’s in March and was allowed to burn through the tired gasoline just before the holidays. Once cranked up and driven around the block, it did smooth out.

Got a tip on pre-war motoring? Send us a note: [email protected]