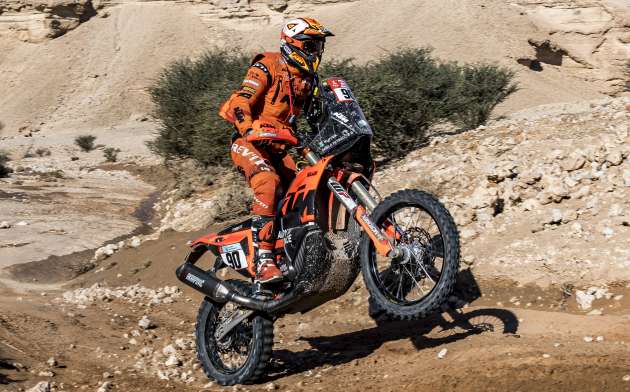 Grabbing his first stage win in the 2022 Dakar Rally is Danilo Petrucci of Tech 3 KTM Factory Racing, riding a KTM 450 Rally. Petrucci’s win came about after initial stage winner Toby Price, of RED BULL KTM Factory Racing, was slapped with a six minute penalty, dropping the Australian down to fifth.

Petrucci’s win came in the 341-kilometer special fifth stage, the 31-year old Italian having collected a 10 minute penalty for speeding during stage four. Improved navigation skills paid off for Petrucci, who started the stage in 15th place despite finishing third the previous day. 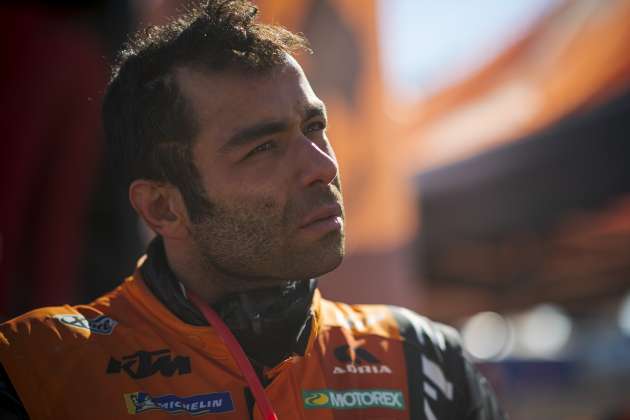 Relating his race experience, Petrucci said, “after one corner there was a large dune with a group of camels on the other side. One big camel came into the track, and I had to avoid it, but ended up crashing after going across a lot of bumps and camel grass. That was my very first crash of this Dakar.”

Today’s sixth stage will see the bikes follow the same route as the cars, giving Petrucci a slight advantage in being able to follow tyre tracks as first rider to open the stage. Stage six will be a loop around Riyadh, Saudi Arabia, covering a distance of 402 kilometres.