Ford announced on Tuesday a price cut in the form of a new base trim for the 2021 Expedition full-size SUV. The STX Package seats only five but has all the cargo capacity and towing capability of the Expedition in XLT, Limited, King Ranch, and Platinum trims.

Aside from the lack of a third row, the STX is similarly equipped as the XLT. It comes with 18-inch wheels, an 8-way power driver’s seat, three-zone climate control, wi-fi hotspot, four USB ports, and an 8.0-inch touchscreen run by Sync3 that’s compatible with Apple CarPlay and Android Auto. 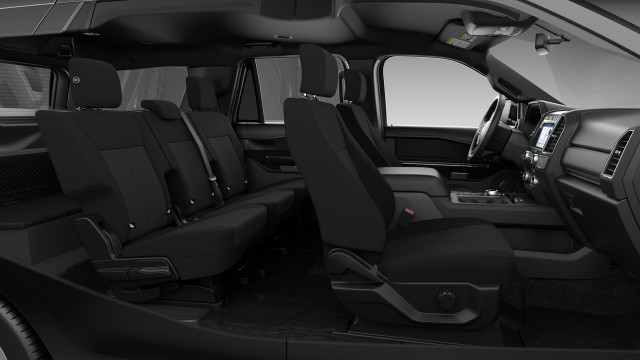 It lacks Ford’s suite of driver-assist features known as Co-Pilot 360, but comes with standard safety features such as automatic emergency braking, lane-departure warnings, and automatic high beams. It doesn’t have the options offered on the XLT model and the tow package is optional instead of standard.

With the rear bench seat folded flat it can hold 104.6 cubic feet of gear, and tow up to 9,300 pounds (9,200 with four-wheel drive). It has the same 375-hp 3.5-liter turbo V-6 that makes 470 lb-ft of torque. It pairs to a 10-speed automatic transmission in rear-wheel drive, and features a heavy-duty radiator and standard trailer sway control. Four-wheel drive is available.

The 2021 Ford Expedition STX is on sale now.