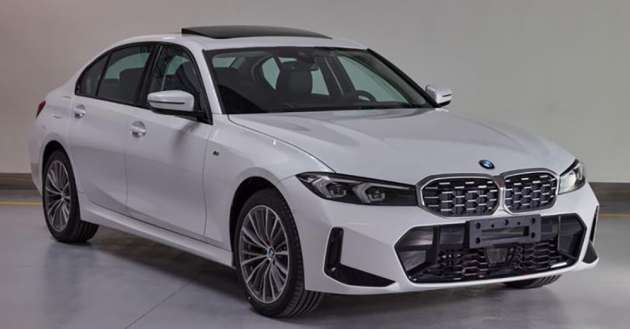 In March this year, the BMW i3 was revealed for China as a fully electric version of the G20 3 Series that was first introduced in 2018. Codenamed G28, the i3’s design was noticeably different from the current 3 Series, and if we used our imagination to strip away the EV-specific cues, we were essentially getting a preview for what a facelift (or Life Cycle Impulse if you prefer BMW speak) for what the new 3er will look like.

Well, we no longer need to use our imagination further as images of the 3 Series facelift have surfaced in China’s ministry of industry and information technology, giving us a very clear look at the design changes made. According to Chinese media outlets, the revised 3er is set to be launched in China in the second half of this year.

In these images, we see several units of the facelifted 3 Series in a variety of colours and with differing trim and wheel combinations. Focusing on the common revisions first, there’s a new octagonal-shaped grille that gains a bit of vertical height when compared to the one it replaces. Various grille frame finishes as well as inserts are available depending on the vehicle specification. 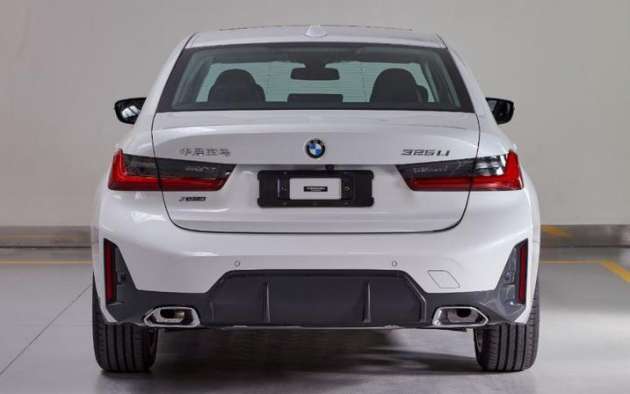 Said grille is flanked by slimmer headlamps that no longer have a “claw” design and feature inverted L-shaped LED daytime running lights. Referring to the fender badges, all the cars pictured appear to be dressed in a M Sport kit, which has been updated. The front bumper, which is visually different from the i3’s, is now dominated by a large central intake, accompanied by L-shaped trim at the corners.

As for the rear bumper, it too has a more commanding presence thanks to the large, diffuser-like element that links to the angular air outlets at the sides. The entire bottom section is finished in black for contrast and instead of circular exhaust finishers, there are trapezoidal-shaped ones instead. The taillights and overall profile of the 3 Series appear to be unchanged from before, and China will continue to get the sedan in standard- and long-wheelbase configurations.

Inside, the facelifted 3 Series will mimic the i3 by gaining a large widescreen display that is linked to the latest BMW Operating System 8 – also seen in the i4. The EV’s front living space will also be carried over and sees the omission of things like the favourites row, the small display screen for the climate system and the controls for the climate system itself (this has been integrated into the touchscreen).

Engine-wise, expect a range a range of three-, four- and six-cylinder engines, possibly augmented by mild hybrid and plug-in hybrid tech. Based on these images, variants that will be available in China include the 320i, 320Li, 325Li and 330Li.