Honda revealed the 11th-generation Civic back in April, introducing a completely redesigned model. We were uncertain how the Civic’s new styling would adapt for the sportier Si trim, though our first set of teasers gives us a good indication. Honda is prepping the Civic Si to race in this year’s 25 Hours of Thunderhill, and it’s showing off a camouflaged test vehicle sporting a massive rear wing.

The test vehicle wears a tight camouflage wrap, though it doesn’t look too different from the standard sedan. The front fascia looks unchanged, though there is a sizable chin spoiler hanging off the bumper. The rear has that massive wing, with dual exhaust tips tucked under the familiar-looking bumper. The rear fascia looks a bit more aggressive, though we need a closer look to be sure. We doubt the massive wing will make it to the production version, though we expect it to wear a wing that honors its audaciousness. 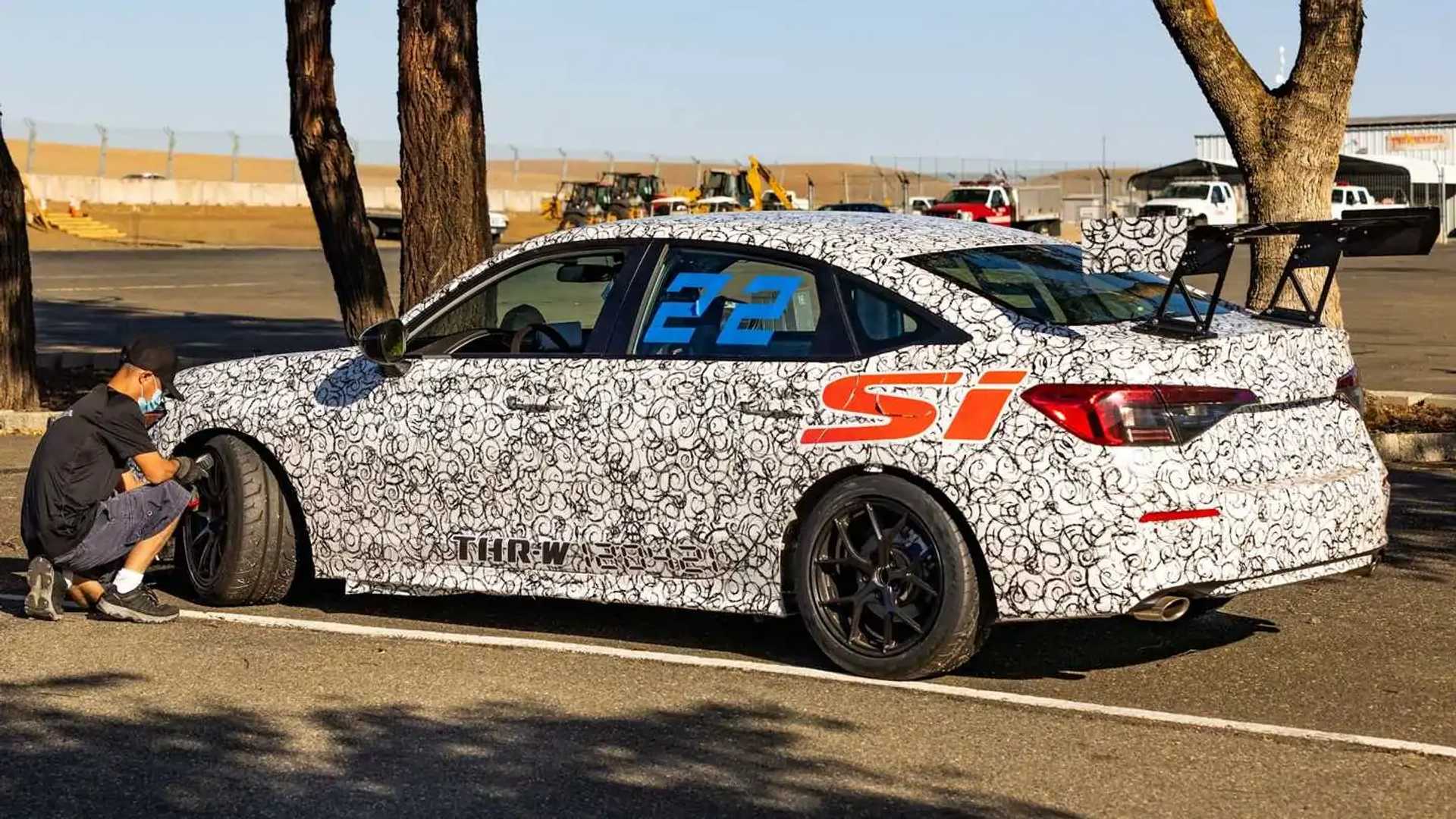 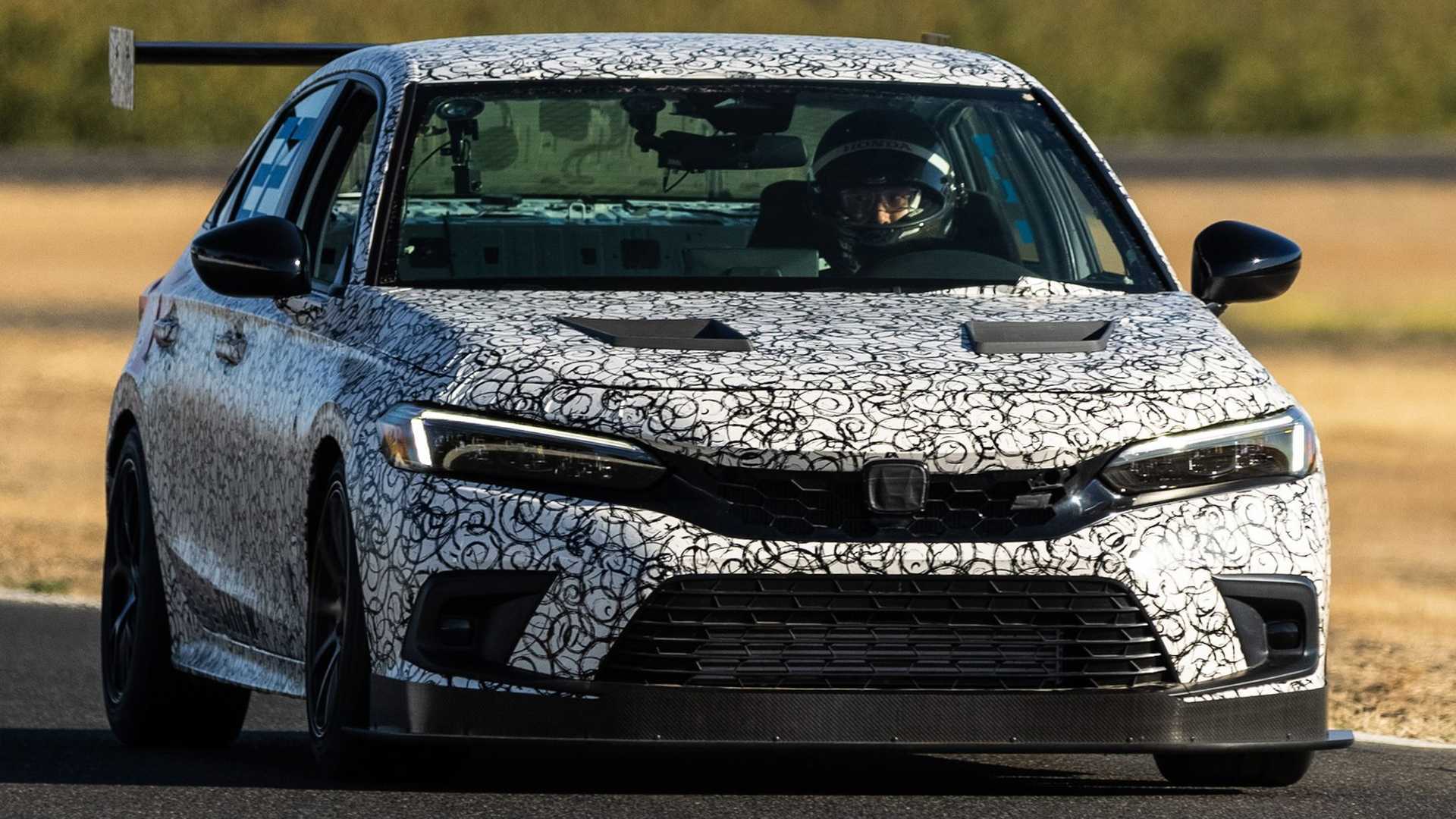 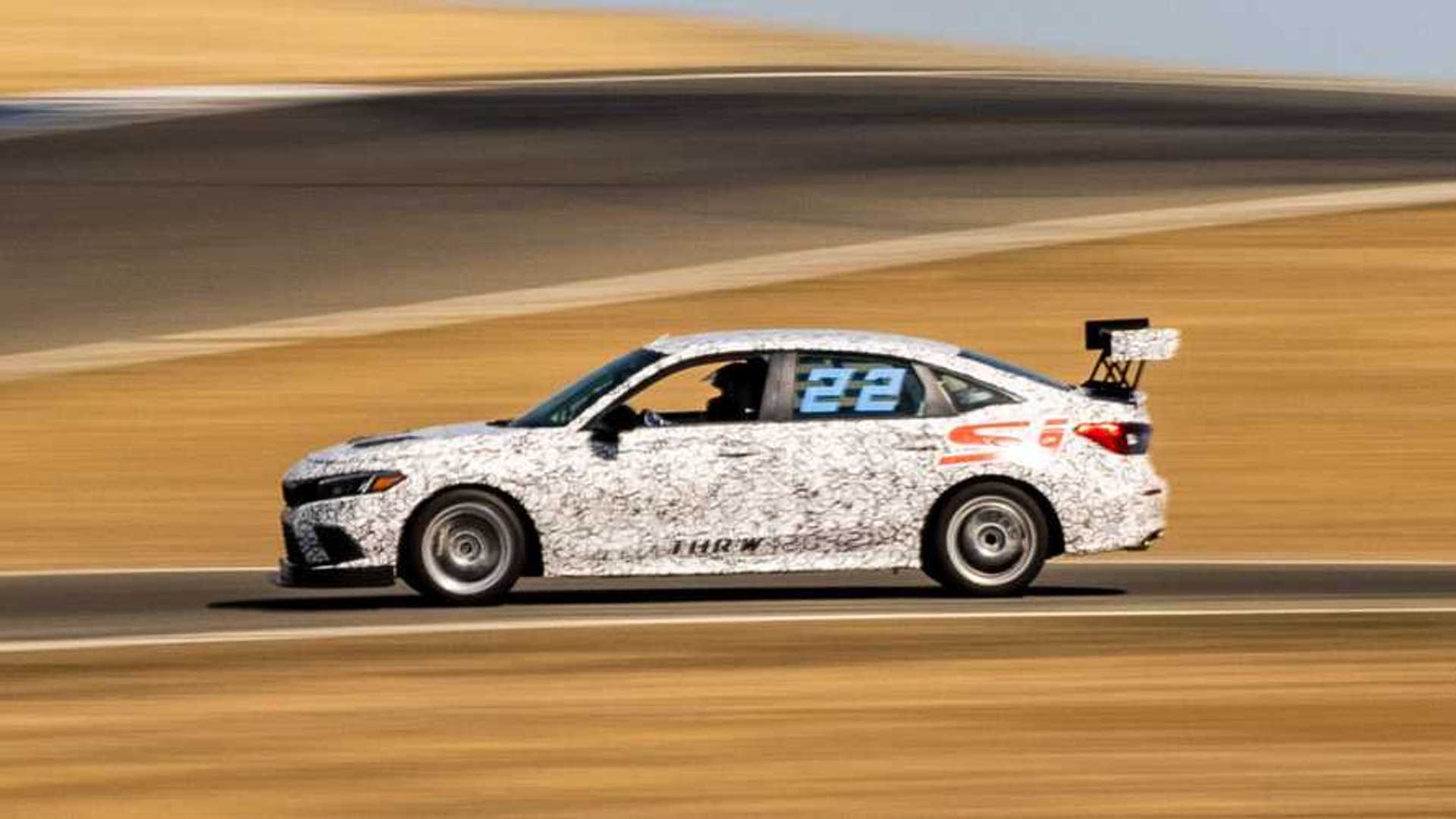 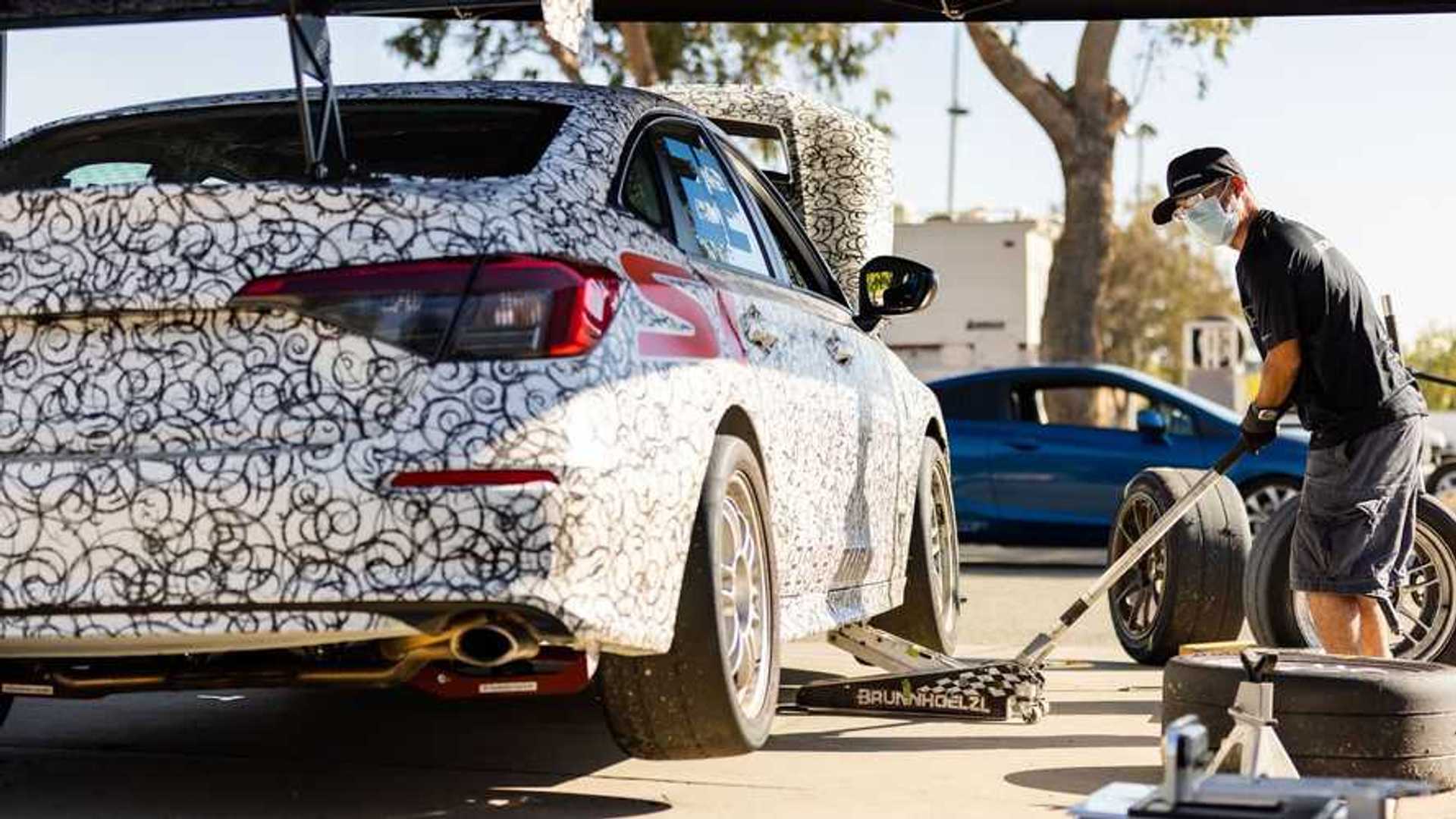 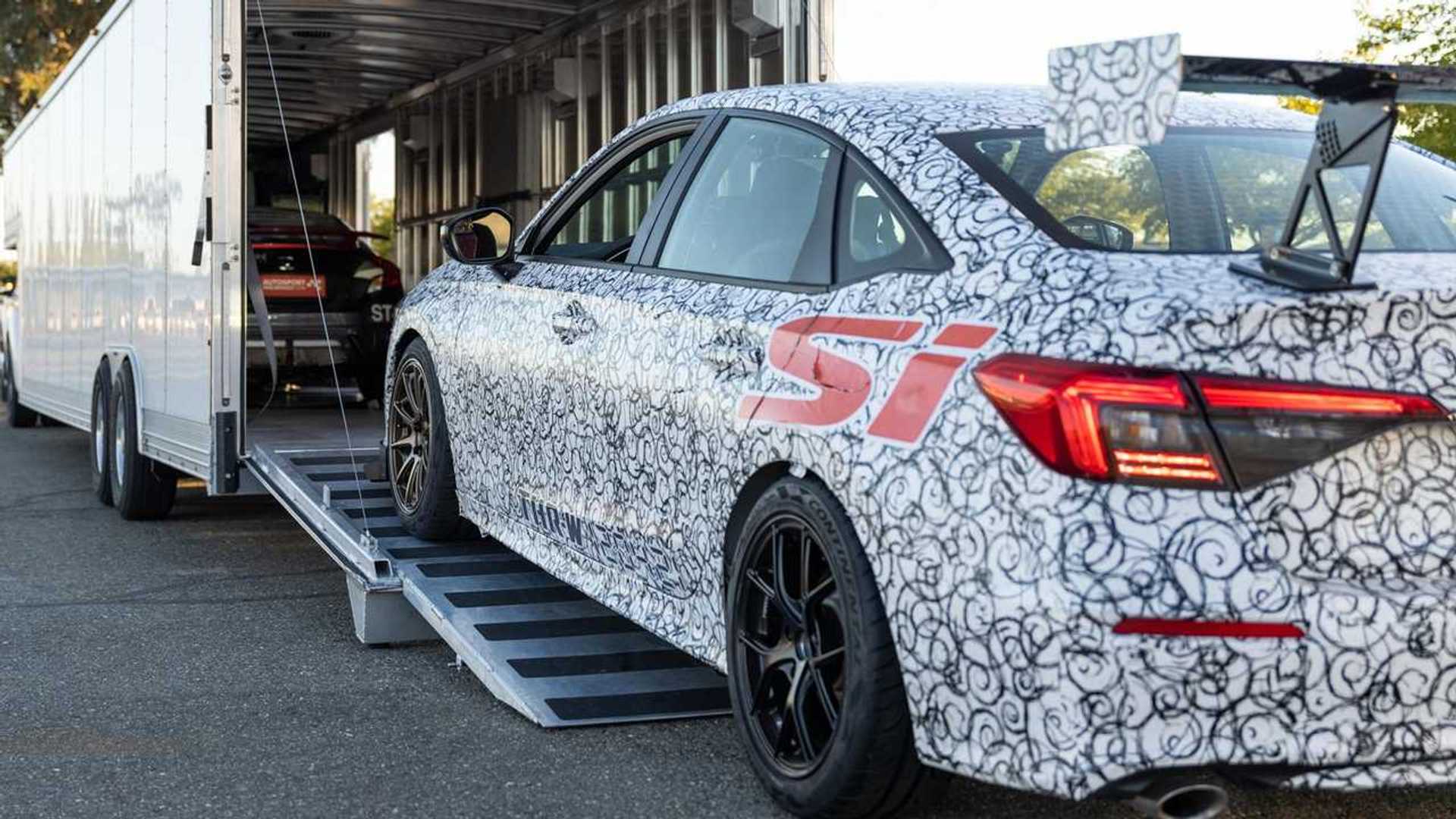 While Honda gave the popular model a complete redesign for its 11th generation, the powertrain lineup remains unchanged. However, there were some improvements in fuel efficiency and power. The next-gen Si is expected to keep the same turbocharged 1.5-liter four-cylinder found in the current model, though its output should increase slightly. The current-gen Si makes 205 horsepower (153 kilowatts) and 192 pound-feet (260 Newton-meters) of torque.

The Civic Si is rumored to arrive on dealer lots sometime this month, though the company hasn’t announced an official debut date. Honda said it’ll be revealed soon. We hope to see the production version break cover before the racing version, which is set to race at Thunderhill on December 3. It’ll be available in several colors, too: Crystal Black Pearl, Aegean Blue Metallic, Red Sonic Gray, Platinum White Pearl, and Blazing Orange. The performance-oriented Civic Type R is expected to launch sometime next year.