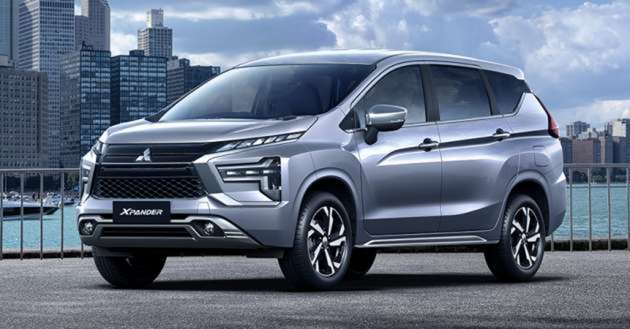 The facelifted Mitsubishi Xpander will be making its debut in Thailand soon, a few months after the refreshed MPV was shown at the 2021 Gaikindo Indonesia International Auto Show (GIIAS). According to Headlightmag, the Xpander will be launched sometime in March.

If the car looks more proportionate in photos, well, that’s because Mitsubishi tweaked its profile. The front overhang has grown by 75 mm, while the rear is lengthened by 45 mm. It’s taller by up to 20 mm as well, raising ground clearance to 225 mm – the highest in its class. In terms of chassis, the Xpander gets uprated front strut mounting, while the rear dampers are equipped with larger cylinders. New high-performance damper valves are used at all four corners, improving ride quality.

The seven-seater will continue to be powered by the 4A91 1.5 litre four-cylinder petrol engine, developing 105 PS and 141 Nm of torque. This time, a CVT replaces the four-speed auto, which the automaker claims to improve fuel efficiency and off-the-line performance. The engine also benefits from an external exhaust gas recirculation (EGR) system, further improving fuel consumption.

The centre console is redesigned to accommodate a larger open tray, while selected trim levels with the armrest can house up to four 600 ml drink bottles. Further conveniences are added to the rear seats, with USB Type A as well as Type C outlets located in the back.

In Indonesia, the Xpander can be had in six exterior colours – Quartz Metallic Pearl, Graphite Grey Metallic, Jet Black Mica, Red Metallic, Deep Bronze Metallic, and the new Blade Silver Metallic. Will this be the year Malaysians get the updated Xpander as well?