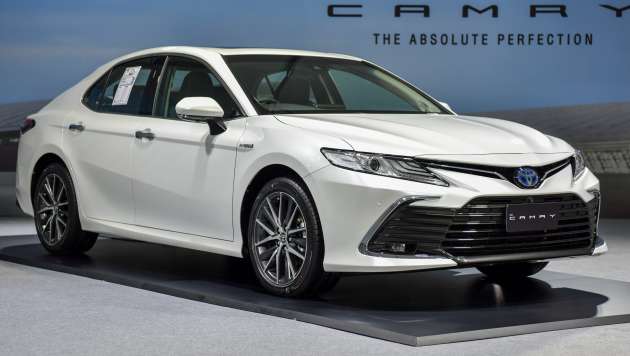 As was announced last week, the facelifted Toyota Camry has been launched in Thailand, giving the D-segment sedan a new lease of life. As previously reported, the refreshed eighth-generation model has had its engine options streamlined, dropping the base 2.0 litre variant. 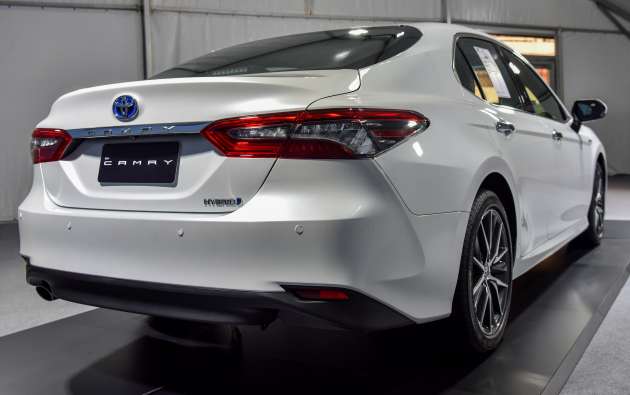 The Hybrid variant gets an Atkinson-cycle version of that mill that pushes out 178 PS at 5,700 rpm and 221 Nm between 3,600 and 5,200 rpm. Providing added punch is an 88 PS/202 Nm electric motor that helps the Camry Hybrid achieve a total system output of 211 PS. The nickel-metal hydride (NiMH) battery has been retained but is now located under the rear seats – instead of under the boot floor – to boost luggage space and lower the centre of gravity.

Visual changes are fairly minor and consists of a more defined centre intake that just out from the large lower grille, now framed by some chrome inserts; the upper grille has also been mildly re-profiled. Inside, the centre console has been rearranged with the new freestanding infotainment touchscreen (measuring up o nine inches across) now situated above the air vents, following the trend set by newer Toyota models. Interior materials have been upgraded as well for improved perceived quality. 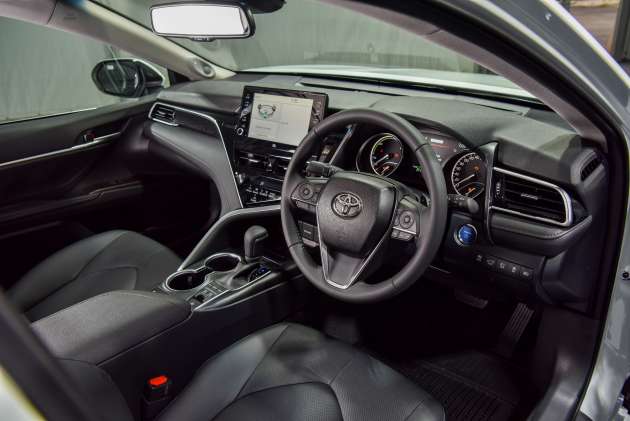 Safety has also been improved with the introduction of Toyota Safety Sense 2.5+, which adds nighttime pedestrian and daytime cyclist detection for the autonomous emergency braking system. You also now get pedal misapplication control and rear cross traffic braking, and for the first time, the suite of driver assists is now also offered on the Premium models, rather than just the top variant previously.

The Camry is also being offered with a Modellista accessories package from Japan, consisting of a full aerokit and a bootlid spoiler. It is yours for 41,000 baht (RM5,100).