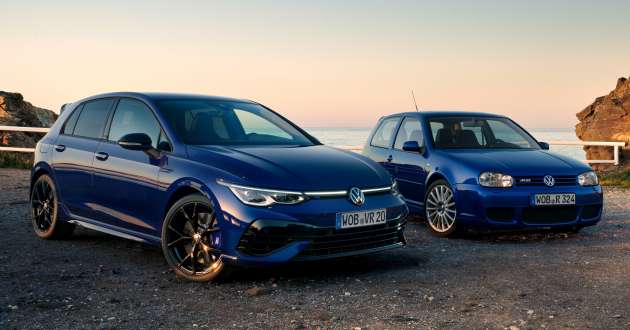 This year marks the 20th anniversary of the Volkswagen Golf R, and to celebrate the occasion, the carmaker has unveiled a special-edition model aptly called the Golf R “20 Years.” Based on the latest Mk8 Golf R, the new offering will only be produced for approximately one year and is priced from 59,995 euros (RM282,935) in Germany.

That’s an extra 8,160 euros (RM38,499) over a regular Golf R, but you do get quite a bit of kit for the money. For starters, the R Performance package is included with the 20 Years edition, which adds a roof spoiler, R-Performance Torque Vectoring and two additional drive modes (Special and Drift).

More importantly, the EA888 2.0 litre turbocharged four-cylinder petrol engine has been enhanced to now deliver 333 PS (328 hp) instead of the standard model’s 320 PS (315 hp) – torque remains unchanged at 420 Nm. With those figures, you’re looking at the most powerful production Golf ever, which takes just 4.6 seconds to get from 0-100 km/h – a tenth of a second faster than standard – and will hit a top speed of 270 km/h.

Volkswagen also introduced new technical features to enhance the driving experience, starting with an Emotion Start function that revs the engine up to 2,500 rpm on start-up to “heighten the anticipation of a typical R driving experience.”

Other engine tweaks include preloading the turbocharger to keep it at a constant speed on part throttle, while the throttle valve is left open in overrun phases to allow for faster torque build-up of and noticeably improves the engine’s responsiveness.

Additionally, the seven-speed DSG dual-clutch automatic transmission, which is linked to the 4Motion all-wheel drive system, gets revised mapping to provide more vigorous shift action when driving in S or S+ mode. 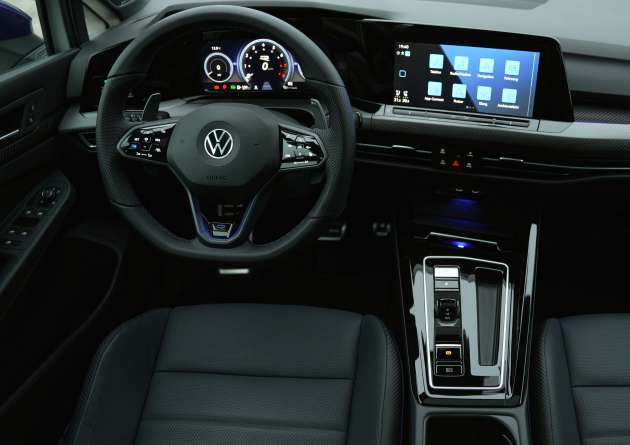 To make sure the 20 Years edition isn’t confused with any other Golf R, it comes with “20 R” puddle lights, a “20” badge on the B-pillar and blue R logos. Customers also have the option to have the wheels or side mirror caps finished in blue – i.e., blue wheels are paired with black side mirror caps and vice versa.

As for the interior, the 20 Years edition is the first production Volkswagen to have a dashboard and door panels trimmed in carbon-fibre. Elsewhere, the steering wheel and Nappa leather sport seats also get a blue R logos.