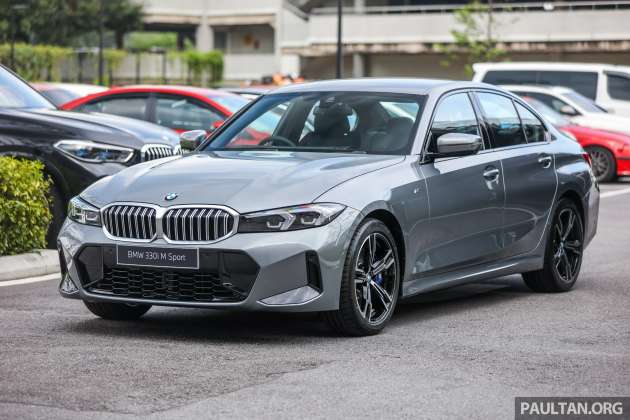 Here it is, the G20 BMW 3 Series facelift has been launched in Malaysia. Felt like just yesterday that the current 3er surfaced? The G20 made its debut in October 2018 and the “Life Cycle Impulse” was revealed in May 2022, all within the usual timeframe despite the pandemic.

Locally, the G20 was launched by BMW Malaysia in March 2019, first as a CBU 330i before the CKD version appeared half a year later. The much awaited entry-level variant, the 320i, surfaced in January 2020. Later that year, the 330e plug-in hybrid and the M340i xDrive joined the local range.

For the G20 LCI, BMW Malaysia is kicking off with three variants, the 320i, 330i and 330e, all exclusively available in M Sport trim. No Sport, and God forbid Luxury, because all Malaysians want is ///M. By the way, the pre-facelift 320i was launched as a Sport, before a Runout Edition added on M Sport trim. 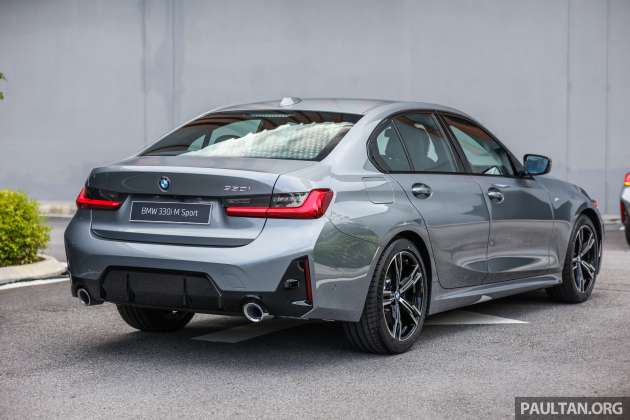 The facelift retains all that is good about the handsome G20, with no drastic changes such as the polarising giant kidney grille we see in larger BMWs. But there’s no shortage of differentiation, headed by the new headlamps with distinctly different boomerang-style LED DRLs and the smoothening of the pre-facelift’s trademark notch between the beams. We’ve done a very deep dive into the styling changes, and you can compare new and old here.

Absolutely nothing wrong under the hood so the 2.0 litre turbocharged four-cylinder engines continue along with the familiar Steptronic Sport eight-speed torque converter automatic, which sends drive to the rear axle. This could well be the first time that all variants of a new BMW are M Sport-only at launch, and the package includes a honeycomb mesh for the central air intake, M aerodynamics package in gloss black, Shadow Line trim, small M badges on the sides, M entry sills, M pedals (and footrest), sports seats, black headlining and an M specific instrument cluster display. There’s also M badging on the keyfob. Count the Ms in this paragraph and win nothing. 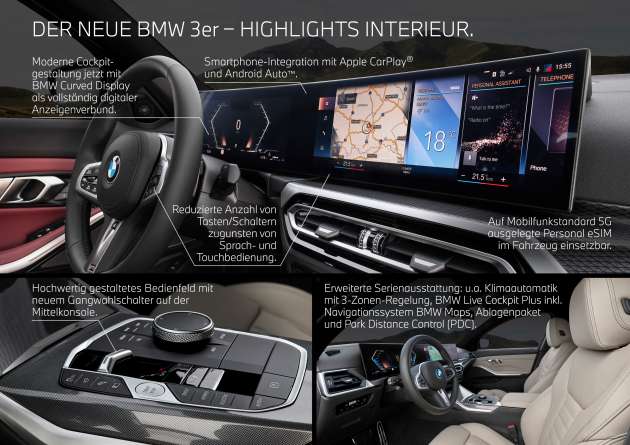 The shoes are 18-inch M light alloys in a double-spoke style (848 M Bicolour Jet Black) with staggered tyre sizes (wider rears). Surprisingly, all variants get the same rims, which will be good news to 320i buyers. The pre-facelift maxed out at 19″ on the 330i Runout Edition.

The pure petrol variants ride on M Sport suspension while the 330e gets adaptive suspension. Note that there’s no more comfort suspension as per the regular pre-facelift 320i, but BMW Malaysia hinted that the upcoming 330Li could have the more forgiving setup – LWB, more space, more comfort, makes sense.

Inside, the big news is the introduction of the BMW Curved Display, an impressive-looking long screen that combines a 12.3-inch digital instrument cluster and a 14.9-inch central touchscreen, running BMW Live Cockpit Professional on the latest BMW Operating System 8, which features BMW Intelligent Personal Assistant. A head-up display is standard. This setup replaces the pre-facelift’s smaller individual screens and OS7. 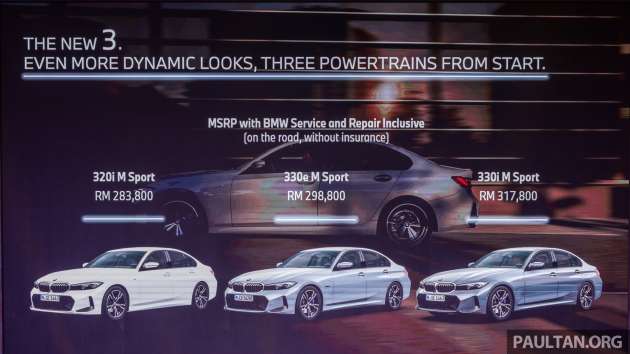 Screen aside, the layout is familiar, but the traditional gear lever has all but disappeared. Black Vernasca leather is the default upholstery, but 330i and 330e owners can opt for Mocha. By the way, the dashboard now matches that of the i4 EV.

Digital features that are standard include of Comfort Access, Remote Software Update and BMW ID. Connected Package Professional, which includes digital services such as Remote Services, wireless Apple CarPlay and Android Auto (now free, no fee needed), is also present. With the My BMW App, you can access a suite of functions.

So desirable, isn’t it? What do you think of the 3er’s new look and interior features?