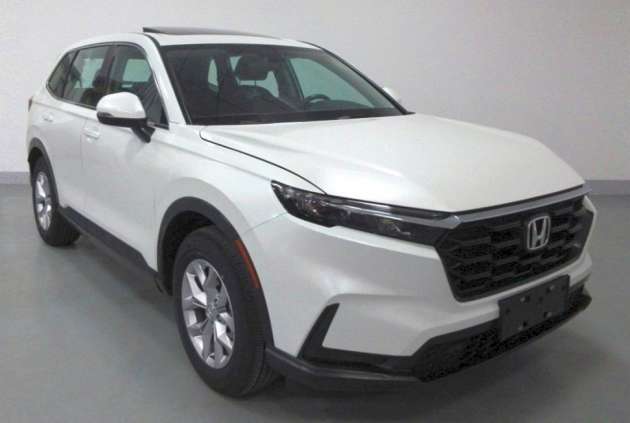 Word has been that the sixth-generation Honda CR-V is expected to break cover sometime between the end of this year and early 2023, but there’s a probability it might make its world debut before then. That’s because the SUV has emerged in the metal via a couple of photos on the ‘Net, showing what is said to be the vehicle in its production form.

The lines of the SUV mirror the HR-V-based styling elements ventured in a patent filing image that surfaced nearly three months ago, cementing what to expect. Design cues include a more upright front end, slim headlights that extend beyond the bonnet shutline, a large hexagonal grille and L-shaped front bumper corners.

The photo of the actual vehicle also shows the slightly less upswept window line suggested by the patent filing image. At the back, L-shaped tail lights continue the depiction as seen on the current fifth-gen, but the leading edges have a less pronounced protrusion viewed dead on centre, and the tailgate section of the unit is slimmer, offering the entire assembly a tauter look. 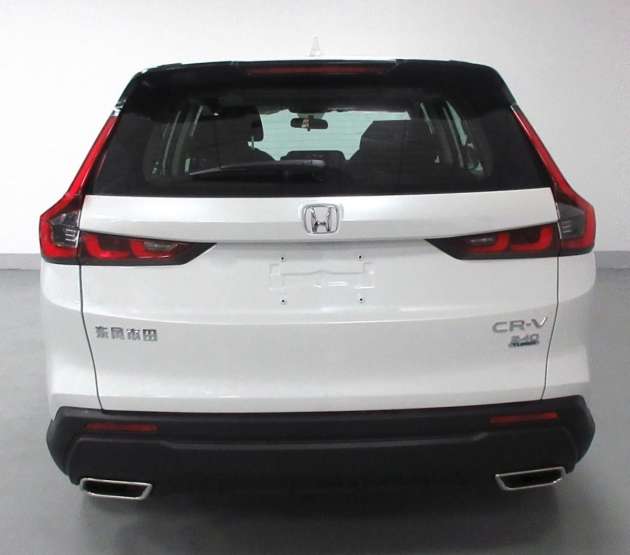 Elsewhere, the twin exhaust finishers continue the trapezoidal styling approach adopted with the fifth-gen facelift (which replaced the round-shaped tips of the pre-FL), although the lines have been reconfigured and the apertures are now a bit larger.

Besides highlighting that the unit is intended for the Chinese market, badging on the tailgate identifies the unit as a Turbo variant, verifying the suggestion that the model would likely retain the existing 1.5 litre VTEC Turbo engine, albeit with a higher output than that on the current model, which is at 193 PS and 243 Nm.

Also on the cards are two hybrid powertrains, the first an e:HEV hybrid model in the same vein as the Civic, which offers 184 PS and 315 Nm via a direct-injected version of the Accord Hybrid‘s 2.0 litre Atkinson-cycle mill, and the other a plug-in hybrid variant, likely similar in execution to the e:PHEV version of the current CR-V that has been sold in China since 2020.