Named after a wolf deity in Inuit mythology, the Amarok has been around since 2010 and is months away from switching to the second generation. The body-on-frame truck will transition from a VW platform to Ford’s updated T6 that has underpinned the 2022 Ranger. Ahead of its release, the midsize pickup is back to share more juicy technical specifications beyond the already confirmed V6 TDI and Blue Oval’s underpinnings. 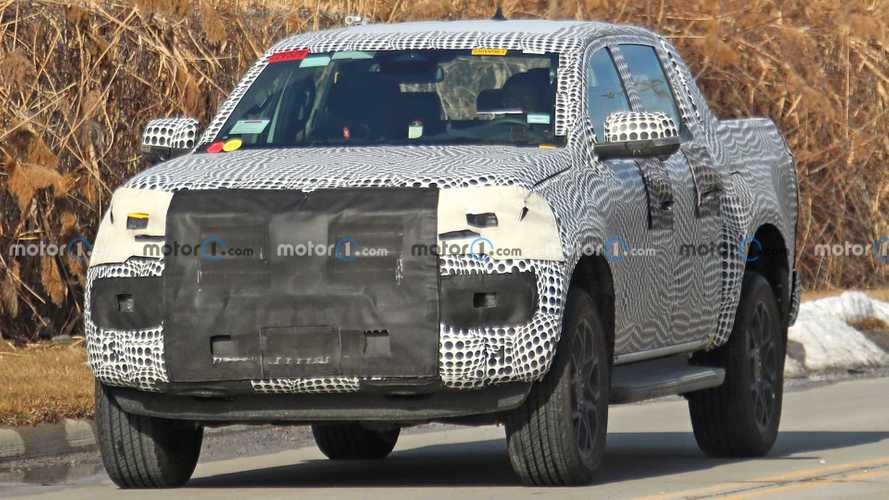 The payload capacity has been bumped to 1,200 kilograms (2,645 pounds) and the towing capacity of 3,500 kg (7,716 lbs) is now available across a wider array of variants. Aside from the double cab body style, VW plans to sell the new Amarok in a single cab flavor as well. In Europe, buyers will get to pick from a rear-wheel-drive setup or two four-wheel-drive systems (on-demand and permanent).

Wheel size will vary from 17 to 21 inches depending on the trim level. Speaking of which, there will be five to choose from: Base, Life, Style, Panamericana, and Aventura. The last two are billed as being premium versions, with the former having an off-road character while the latter will be geared towards on-road use.

The more sophisticated versions of the Amarok will have as many as 30 driver-assistance functions, along with matrix LED headlights and a Harman Kardon sound system. The infotainment will run on Ford’s SYNC4 system and will be offered in 10.1- and 12-inch sizes, coupled with an eight-inch digital driver’s display.

The Amarok will share the structural hardpoints with the Ranger, while the windscreen, roof, mirrors, door handles, and the greenhouse are going to be carried over. Nevertheless, VW insists the truck’s design will be substantially different, and the same holds true for the cabin where there’s going to be artificial leather for the Panamericana and Aventura models.

Ford will commence production of the 2023 Amarok later this year at its plant in Pretoria, South Africa. It won’t spell the end for the first-gen pickup since assembly for South American markets will continue at VW’s factory in Pacheco, Argentina.