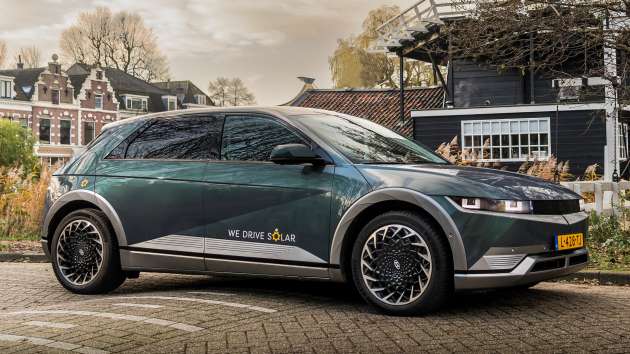 Hyundai has teamed up with Dutch mobility provider We Drive Solar to implement the world’s first bi-directional vehicle-to-grid (V2G) energy system. The project takes place in Utretch (city in the Netherlands), where a fleet of 150 Ioniq 5 EVs will be deployed to power approximately 2,530 homes!

The Ioniq 5 has already earned praise for its vehicle-to-load (V2L) capabilities, allowing it to supply up to 3.6 kW of alternating current to power/charge things like electric bicycles, scooters, camping equipment, or even another EV with a dead battery. The V2L sockets are located under the rear seats.

The move makes Utretch the first city in the world to deploy V2G technology on such a large scale, and the newly-developed neighbourhood of Cartesius will become the city’s first bi-directional neighbourhood.

This technology allows EVs to power the household during peak pours when there is extra energy demand, such as when you’re hosting movie nights or dinner parties. Owners can then recharge their BEVs at a lower cost during off-peak hours. Win-win. 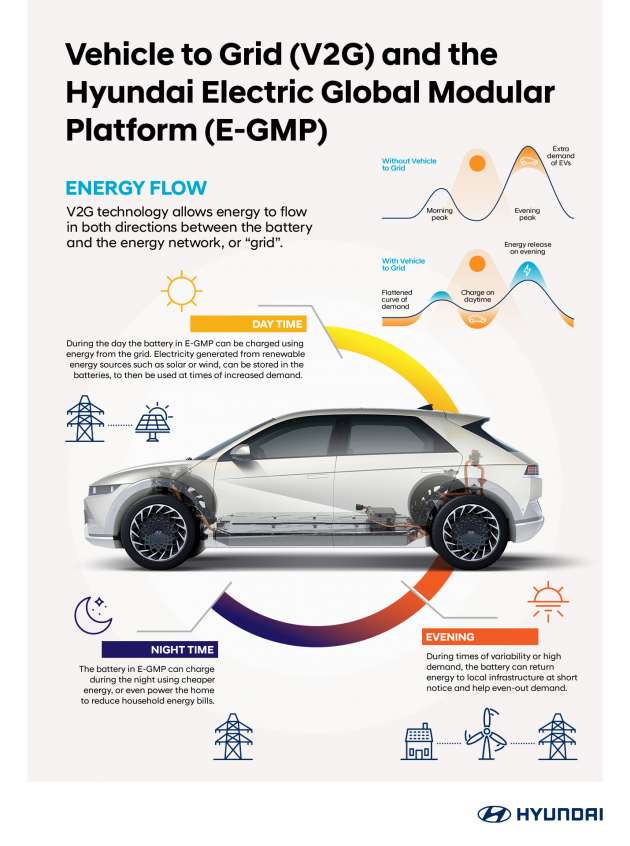 This evens out the spikes in energy consumption throughout the day and stabilises energy generation, making it an ideal way of managing energy in the future. Think of cars as power banks on wheels – when you’re not driving them, why not have them power your air-conditioning, kettle, lights and TV?

Hyundai Motor Europe president and CEO, Michael Cole said: “At Hyundai, we believe that bi-directional charging in combination with V2G technology can turn battery electric vehicles into flexible resources. Ioniq 5 and V2G technology not only offer an alternative solution for customers looking to move away from traditional combustion engines, but also helps to increase the viability of renewable energy generation within the grid.”

We Drive Solar director, Robin Berg said: “With unique Vehicle-to-Grid technology, We Drive Solar can use vehicles to store sustainable energy on a large scale, moving in the course of this year from 25 to 150 Ioniq 5 units. Together with Hyundai, we will make Utrecht the first city and region in the world with a bi-directional energy ecosystem.”