Objectomy would be the key to winning the minds and hearts of new consumers.

If you read about the electric car Chris Bangle presented in 2018, you’ll remember that REDS – Revolutionary Electric Dream Space – looked very unusual, to say the least. After watching the video above, you’ll wonder why aren’t more electric cars just like it. Two years later, Bangle told Forbes form should follow emotion, which can seem contradictory to the “form follows function” motto that has guided some of the best designs in history.

Yet, REDS shows it isn’t necessarily the case. He said he conceived it with “objectomy” in mind. In other words, imagining what a car would want to be if it could decide about it. REDS would want to be useful and welcoming, something Bangle believes new cars must offer to new customers.

These folks would be less willing to buy and drive cars because all they had to offer was the pleasure of speed. In other times, that could be an asset, but Bangle does not believe that to be the case anymore. Fun not necessarily has to do with speed, in his opinion. 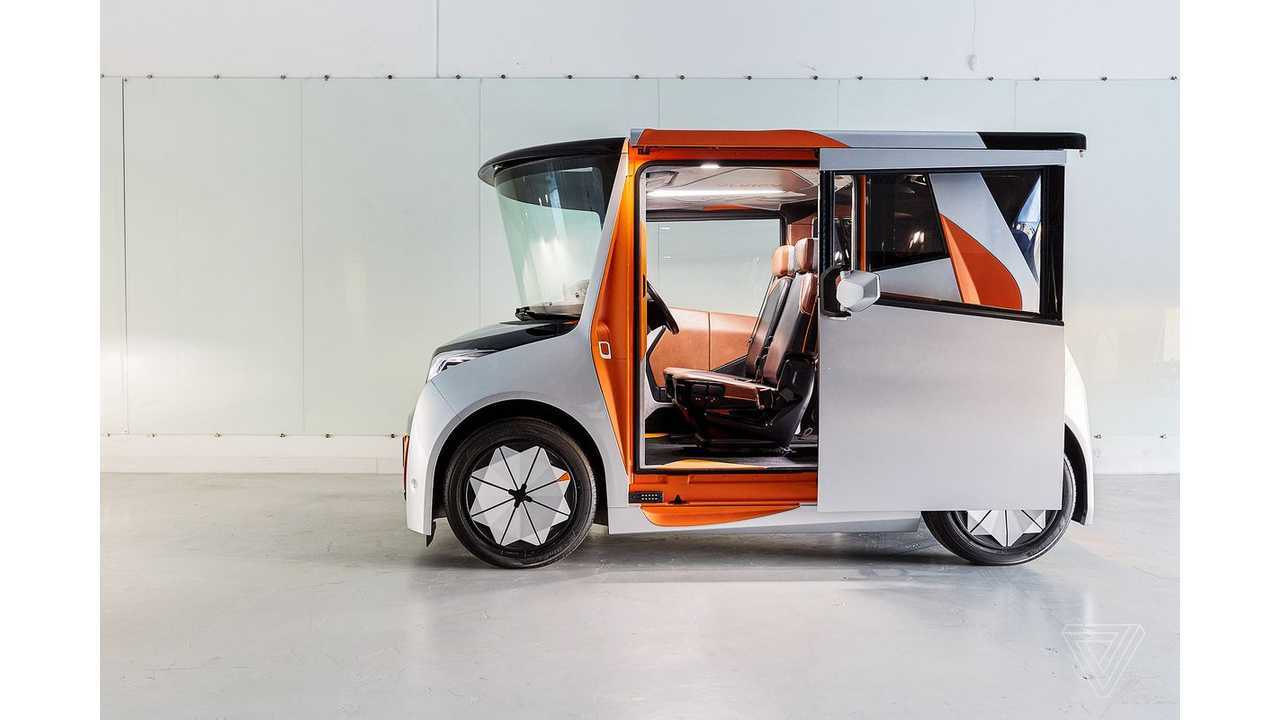 To make people want to be in a car again, Bangle seems to propose that they have to be versatile. REDS drives four adults in only 2.97 meters (116.9 inches) of length when moving, and it can accommodate one person more when it is parked. Why? To help the driver be with his friends, for example. In the video, we can see the car can become a couch where two people can play video games, for example. Or a living room in a beautiful place.

More than a society driven by an ownership craving, we would have shifted into a group of people that is much more concerned about sharing experiences. In that sense, the electric car could also become an outdoor office. In COVID-19 times, it could help you safely change the working environment – if you live in a country without serious crime issues and an effective legal system.

The large roof could house large solar panels and provide shelter on a rainy day, allowing you to get in and out of the car without getting as wet as you do in conventional vehicles. Although it looks boxy, it was thought for optimized airflow. If it drives mostly in the city, it could probably offer a pretty decent range.

Another intriguing point in Bangle’s interview is when he said that this new approach towards design must come from suppliers. They would be the ones in need of proposing change “by finding the zeitgeist.” If they don’t do it, they risk losing relevance. In times of increasing verticalization, this is probably why Foxconn and Magna Steyr want to offer electric car platforms: the zeitgeist pushes for clean transportation, whatever package it presents.