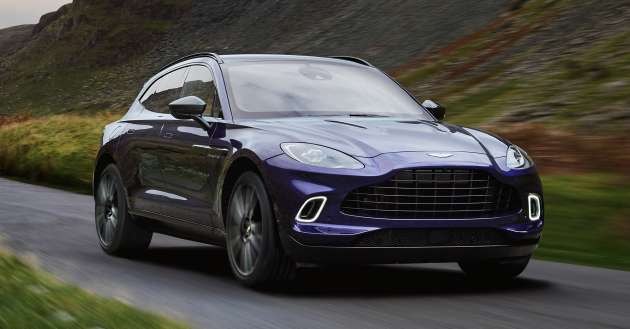 The Aston Martin DBX range has grown by one more, with the debut of the DBX Straight-Six ahead of its appearance at the Guangzhou motor show later this week. This is the materialised form of the news we received in 2019 that the British marque’s SUV will be getting the mild-hybrid 3.0L inline-six engine.

Like the larger 4.0 litre powerplant, the 3.0 litre mild-hybrid turbo powertrain is sourced from Mercedes-AMG, and in this application produces 435 hp from 5,900 to 6,100 rpm and 520 Nm of torque from 1,800 to 5,500 rpm from the internal combustion engine and integrated starter-generator, as in the various AMG 53 models in the German manufacturer’s range.

Outputs are sent to all four wheels through a Mercedes-sourced nine-speed automatic transmission. Here, the front differential is installed at the oil pan, enabling the use of equal-length driveshafts, says Aston Martin. The drive shaft for the rear axle is a carbon-fibre item, linked to an electronically controlled limited-slip differential.

Standard rolling stock is a set of 21-inch wheels, fitted with tyres measuring 285/45 in front and 315/40 at the rear. Braking is by 410 mm discs with six-piston monobloc calipers in front and and 390 mm disc with sliding single-piston calipers at the rear. Front suspension is by double wishbones while the rear gets multi-links, with adaptive three-chamber air springs at both ends. Variable ride height settings enable the DBX Straight-Six to be raised by 45 mm, or lowered by 30 mm, and the 48V architecture powers the active anti-roll system.

Visual cues distinguishing this inline-six version from its V8-endowed stablemate are few, such as the “Straight-Six” badging on the front quarter panels, otherwise the DBX Straight-Six wears a nearly identical exterior as compared with its V8 twin. 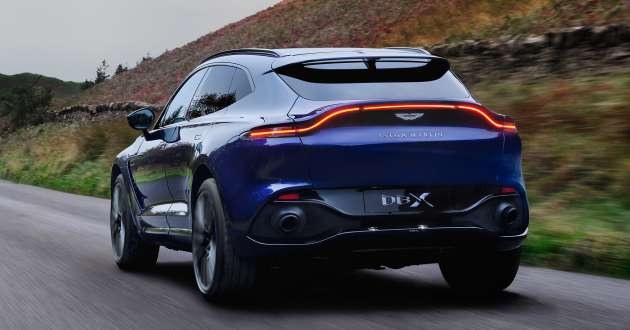 Airbags are located at the two frontal, side and knee positions for the front occupants, with side airbags for the rear occupants. Also included are seat belt use detection and reminders, while ISOFIX mounts are located in the rear outer seat positions.

Inside, the interior architecture of the DBX Straight-Six appears to be carried over from its V8-powered sibling, where the floating console bridge is home to a 10.25-inch infotainment screen residing below the quartet of transmission selector buttons. Similarly, the driver gets a 12.3-inch digital instrument display. 1Mobile device integration features Apple CarPlay, along with Bluetooth. Hardware connectivity includes four USB ports and an SD card slot.

According to Autocar, the DBX accounts for just over half of Aston Martin’s sales thus far, with 2,186 units of the DBX sold out of 4,250 cars sold by the British luxury brand globally. China accounts for 16% of the marque’s sales this year so far, of which 70% have been of the DBX, according to Car Expert. The relatively smaller displacement of the Straight-Six allows it to be sold in China with less tax imposed.

In China, order books for the Aston Martin DBX Straight-Six have opened with prices starting from 1.898 million yuan (RM1,239,263). Beyond the China-only DBX Straight-Six, Aston Martin will add another version of the SUV for global markets, which Aston Martin CEO Tobias Moers hinted to be a higher-performance variant, reported Autocar. This could use the Mercedes-AMG 4.0 litre biturbo V8 in the 639 PS/900 Nm state of tune as found in the Mercedes-AMG GT 63 S 4Matic+.

In Malaysia, the Aston Martin DBX was launched in Malaysia less than a year on from its global debut, and was priced at launch from RM818,000 before taxes and options.