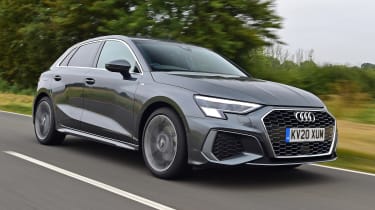 The Audi A3 owner’s manual is longer than The Lord of the Rings: The Two Towers, a new study has shown.

Comparisons drawn between the length of car owner’s manuals and famous novels reveal that the A3’s manual is 167,699 words long and would take approximately 11 hours and 45 minutes to read. By comparison, the second book in J.R.R. Tolkien’s epic trilogy consists of 156,198 words and would take 10 hours and 56 minutes to get through.

The study by Bristol Street Motors analysed the owner handbooks of some of the UK’s most popular cars and drew comparisons to famous pieces of literature to see how they stack up.

The average number of cars for someone to own in their lifetime is eight and the mean time it takes to read an owner’s manual is six hours and 17 minutes. As such, someone who wanted to read the vehicle handbook of every car they owned would spend two days, two hours and 19 minutes doing so.

Bristol Street Motors also surveyed 350 people, 60 per cent of whom said they don’t bother reading the owner’s manual of a new car before driving it for the first time. Some 37 per cent said they would consult the handbook if they encountered a difficulty with the car, whereas the majority would first go to the internet or a friend or family member for help. Just 29 per cent said they read their car’s handbook in full.

What’s your view on long car owner’s manuals? Do Bristol Street Motors know what they’re Tolkien about? Give us your view in the comments below…