What is BMW developing?

BMW gave the M5 a thorough facelift for the 2021 model year, including the M5 Competition model, but new spy shots raise questions about what the company has planned next for the high-performance sedan. A new batch of photos shows a strange M5 test vehicle sporting some very specific mods – a wider rear track, tacked-on fender flares, and wider tires. Notice the pattern? These are the only discernible changes, too.

This M5’s tires are 20 millimeters wider than those on the standard M5 and 10 mm wider than the M5 Comp, measuring 295 mm wide. The odd modifications leave us scratching our heads as to what BMW is doing with the test vehicle. The company could be working on a new M5 variant, though BMW has already revealed the M5 CS, giving the performance model a nice, rounded portfolio. 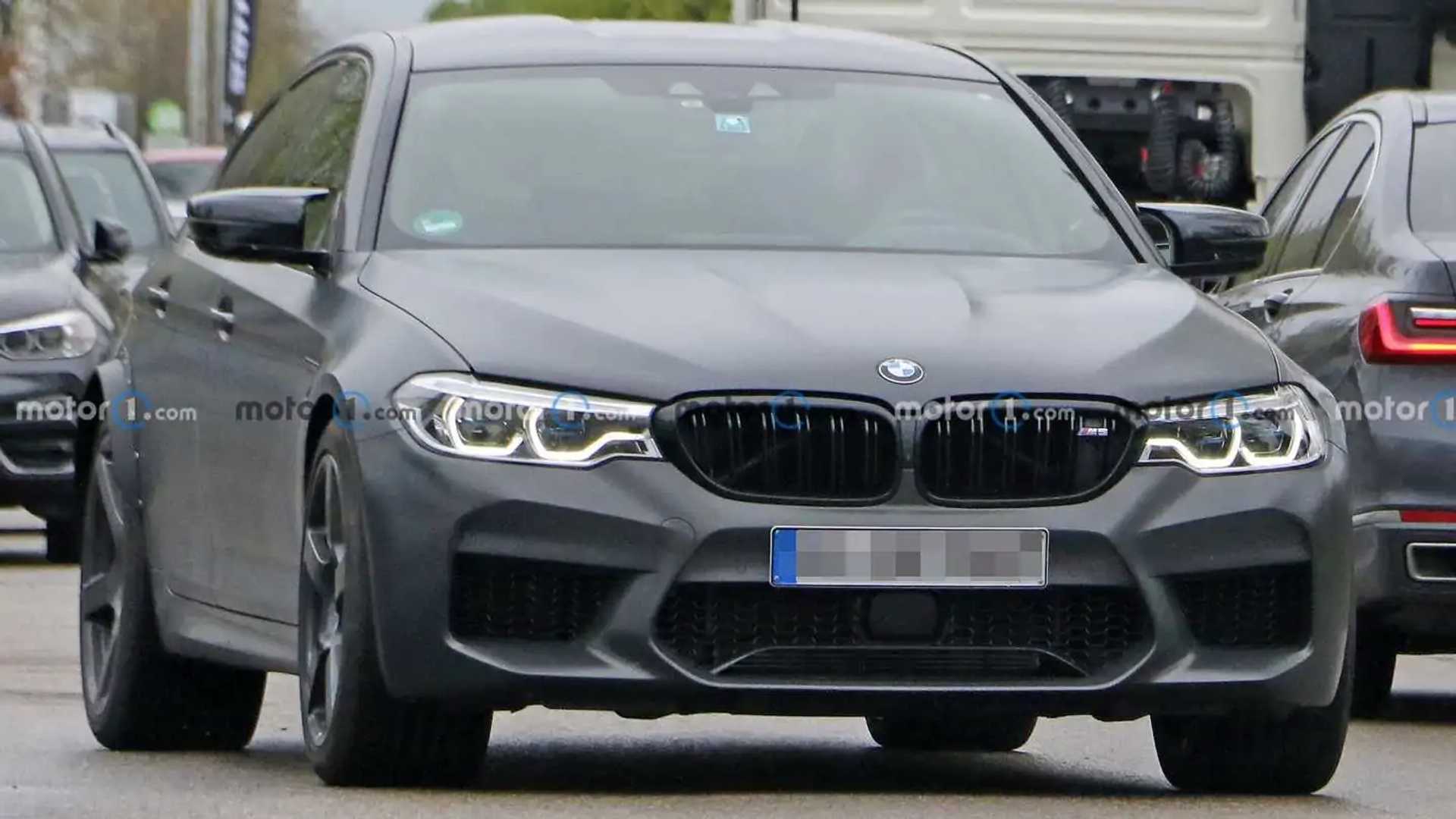 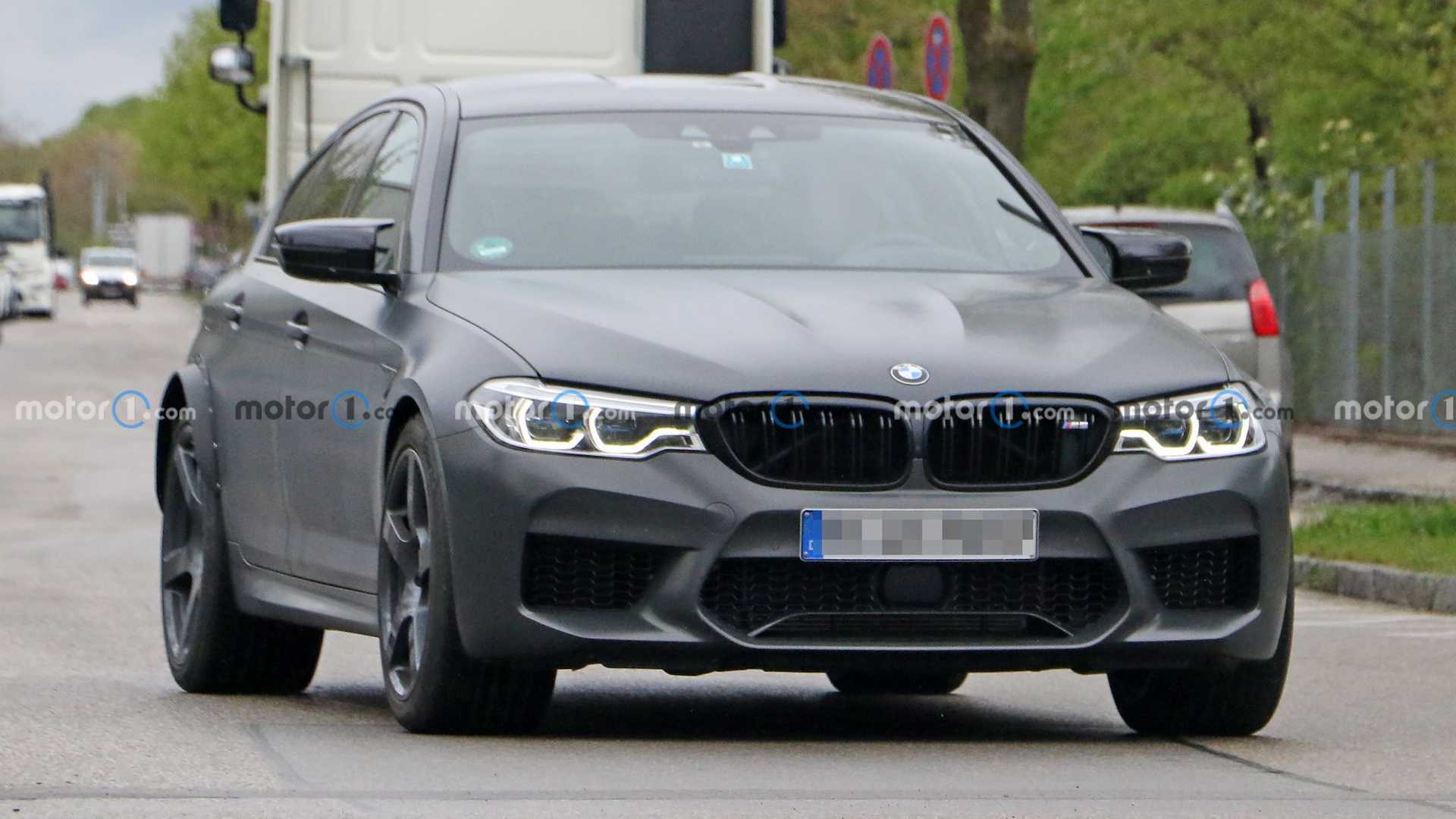 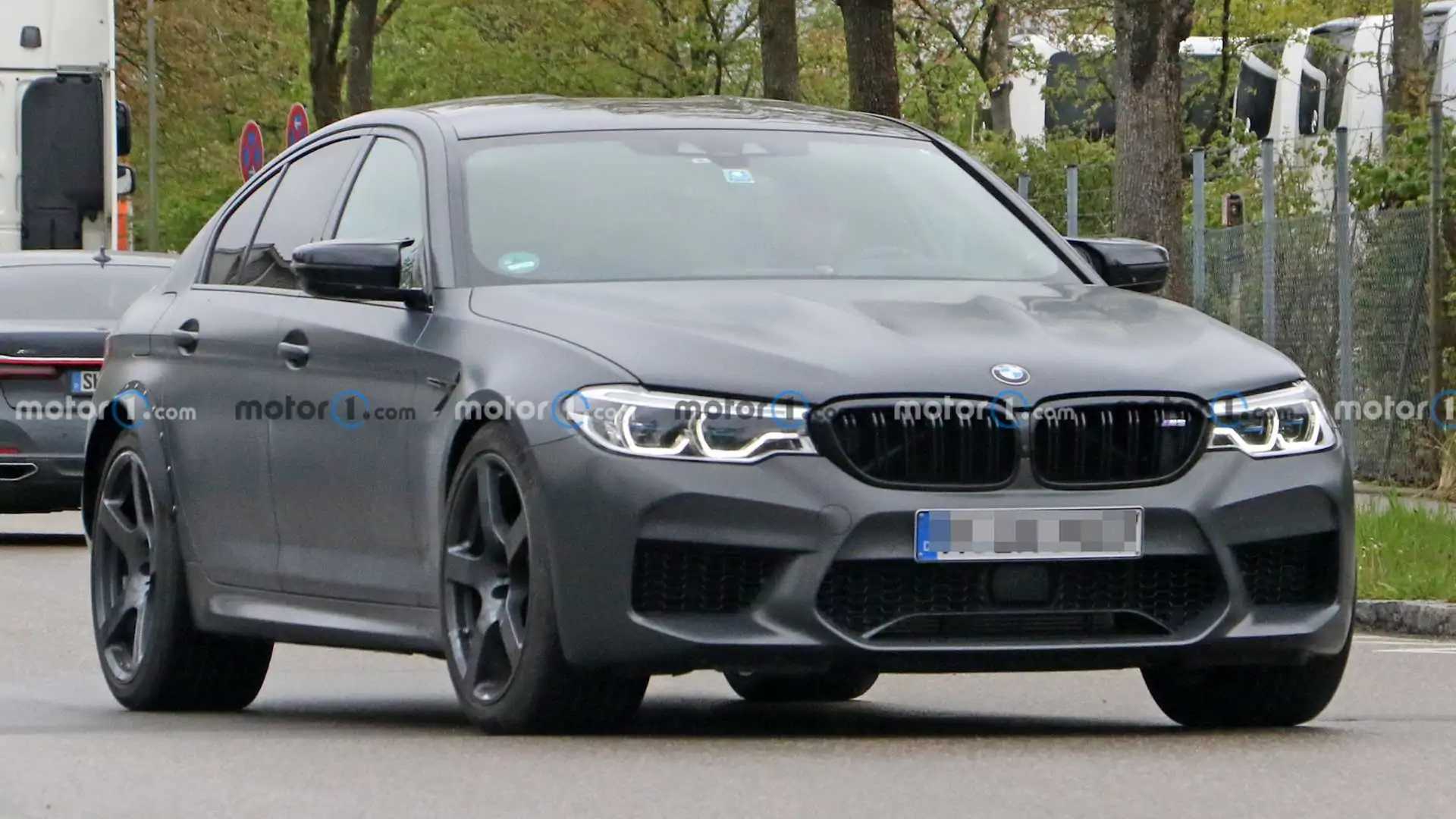 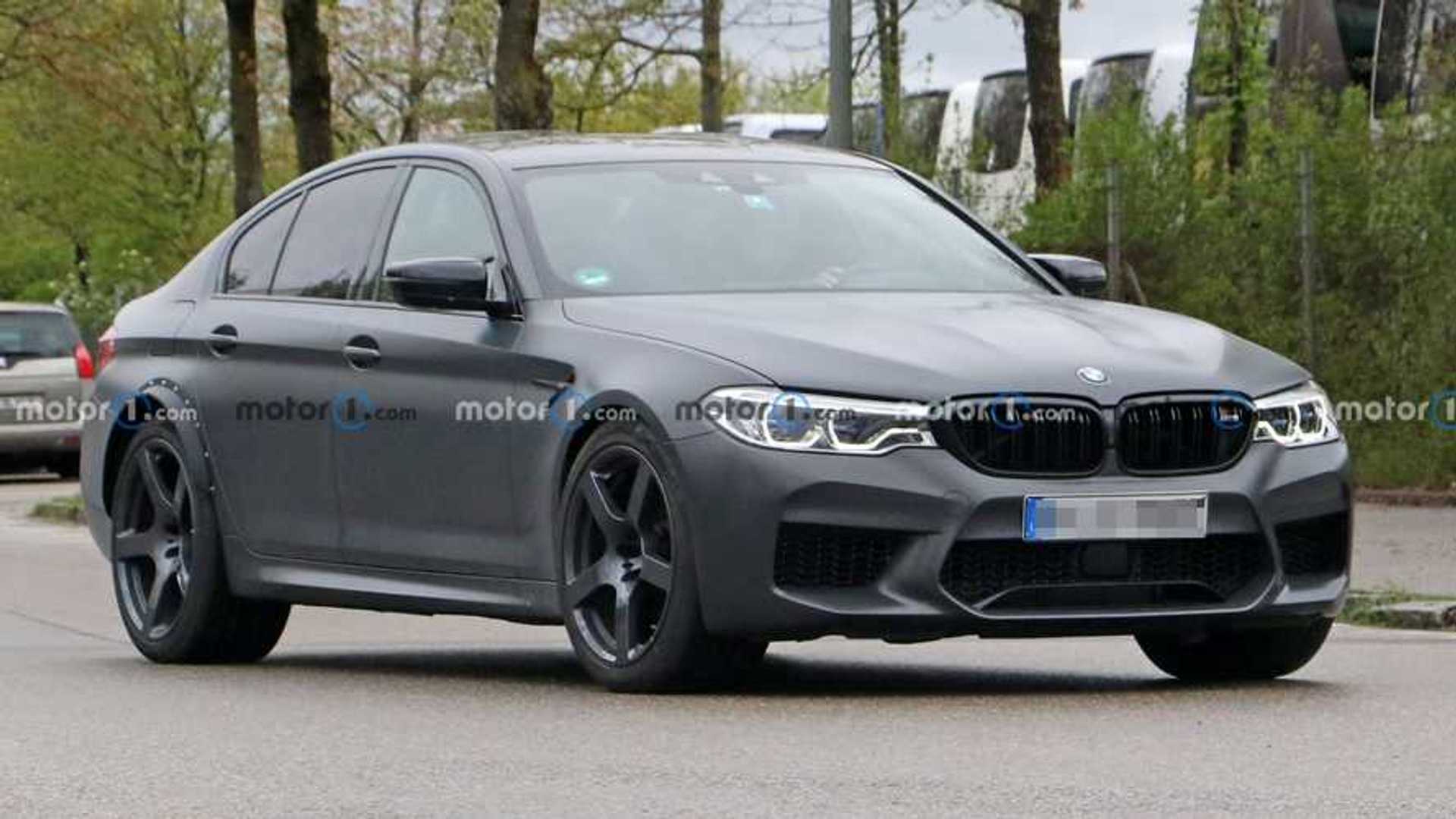 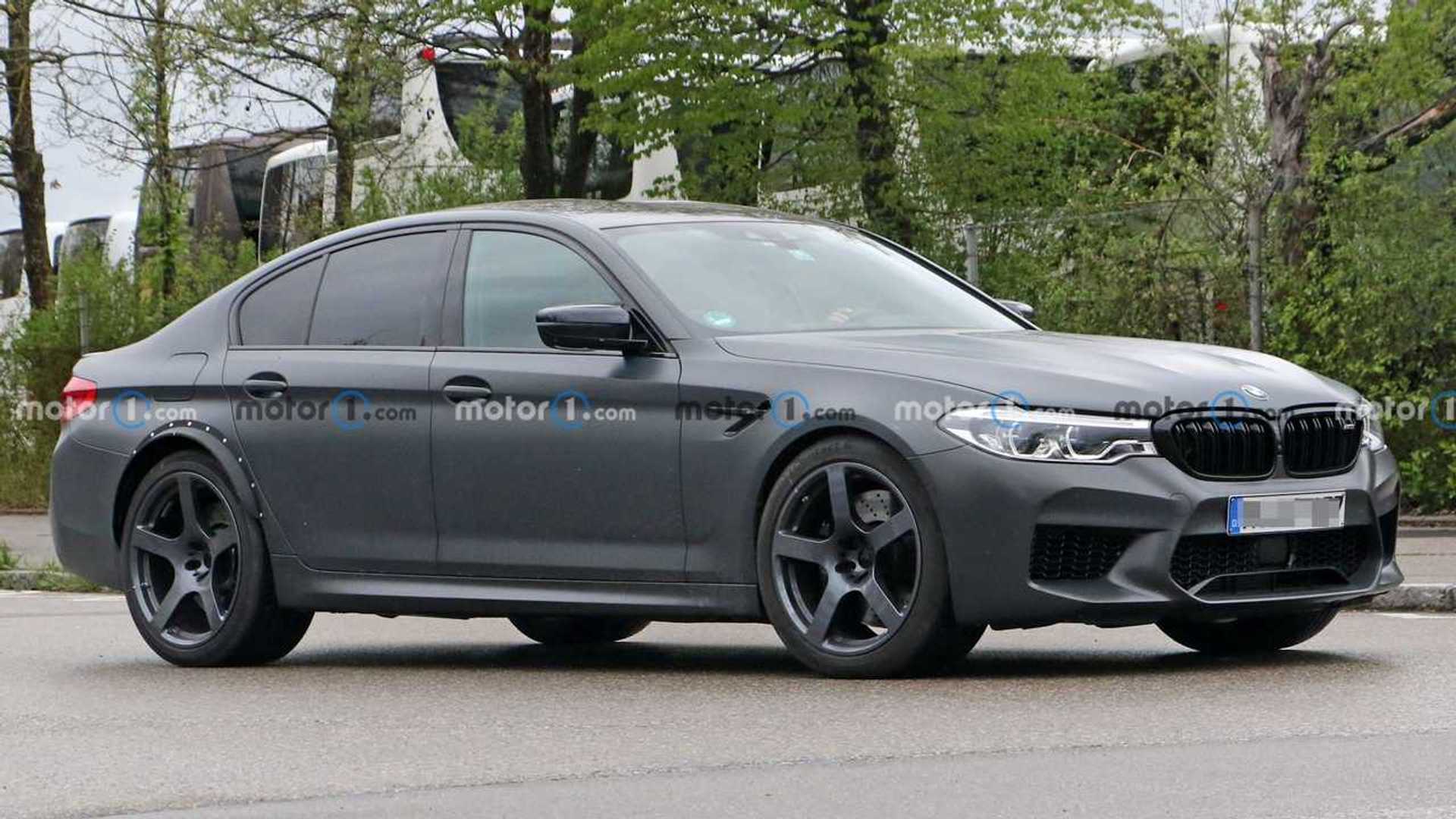 BMW could already be working on the next-generation M5, though that would feel a bit premature considering that the company just refreshed the current one. If it is the next-gen M5, then this is in the super-early stages of development, with a new M5 likely several years away. Next year will see BMW M celebrate 50 years since its founding in 1972, and this could be a special M5 designed to celebrate the anniversary.

There’s also the possibility that this is a test vehicle for something other than an M5. There could be a new platform lurking underneath the familiar sheet metal. It’s anyone’s guess, really. Predicting what an automaker will do is no easy task, and test vehicles like these usually provide some hint at potential future products, but these spy shots create more questions than answers. We’ll keep an eye out for future M5 spy shots showing the car with the wide rear track to see what BMW does with it.