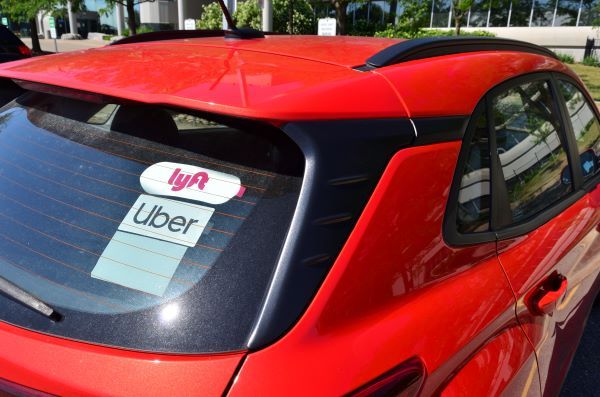 Last year, Uber pledged to invest $800 million through 2025 to help their drivers make the switch, though the actual cost is estimated to be more than double that.

The California Air Resources Board (CARB) voted on May 20 to approve the nation’s first standard to transition ride-hailing fleets to zero-emission vehicles by 2030. The Clean Miles Standard dictates that by 2030 ride-hailing companies such as Uber and Lyft should produce zero greenhouse gas emissions and ensure that 90% of their vehicle miles are fully electric.

Uber and Lyft had already announced last summer that they would transition entirely to electric vehicles in North America and Europe by 2030. In written comments to CARB before Thursday's vote, the ride-hailing giants said they supported the regulation's goals. However, they called for government subsidies to help fund their drivers’ transition to EVs and charging infrastructure, citing the financial burden on their lower and middle-income drivers.

The Union of Concerned Scientists (UCS) agrees. “Ride-hailing companies have not delivered on their promise of a future with fewer cars and lower pollution. Instead, ride-hailing services in urban areas have increased pollution and congestion and reduced climate-friendly, public-transit ridership,” said Elizabeth Irvin, a senior transportation analyst at UCS, in a statement.

UCS points to numerous studies showing that the growth of Uber and Lyft has siphoned riders away from public transit and other climate-friendly forms of transportation and increased air pollution in U.S. cities. Surveys of California riders, for example, indicate that 24% of non-pooled rides and 36% of pooled trips would have been taken via mass transit, walking or biking, or not taken at all.

Irvin cited California’s ballot measure last year that considered whether ride-hailing drivers are considered employees as opposed to contractors — which Uber and Lyft spent over $100 million to defeat.

“That’s why it is so essential that regulators at CARB and the California Public Utilities Commission requires the companies, not their drivers, shoulder the upfront cost of transitioning to electric vehicles and ensure that drivers enjoy the benefits of driving cars that are less expensive to operate and maintain,” she said.

Last year, Uber pledged to invest $800 million through 2025 to help their drivers make the switch, though the actual cost is estimated to be more than double that.

CARB is offering California drivers will provide drivers with various incentives such as the Clean Vehicle Rebate Project, though funding is now only available to select low-income groups. the Clean Fuels Reward offers a time-of-sale credit of up to $1,500.