Youtuber Mr.P – Nio Videos normally does videos about his Nio EV or about Nio news, but this time he checks out the competition from BYD (Build Your Dreams): called the Han. For those who aren’t familiar with Nio or BYD, they are two of the most popular EV brands in China. In the US and around the world, BYD is mostly known for electric buses.

Mr.P goes to a BYD showroom displaying three of the company’s electric passenger car models. He spends the most time in the Han, the brand’s flagship sedan. It’s a good-looking luxury EV that’s about the size of a Tesla Model S. 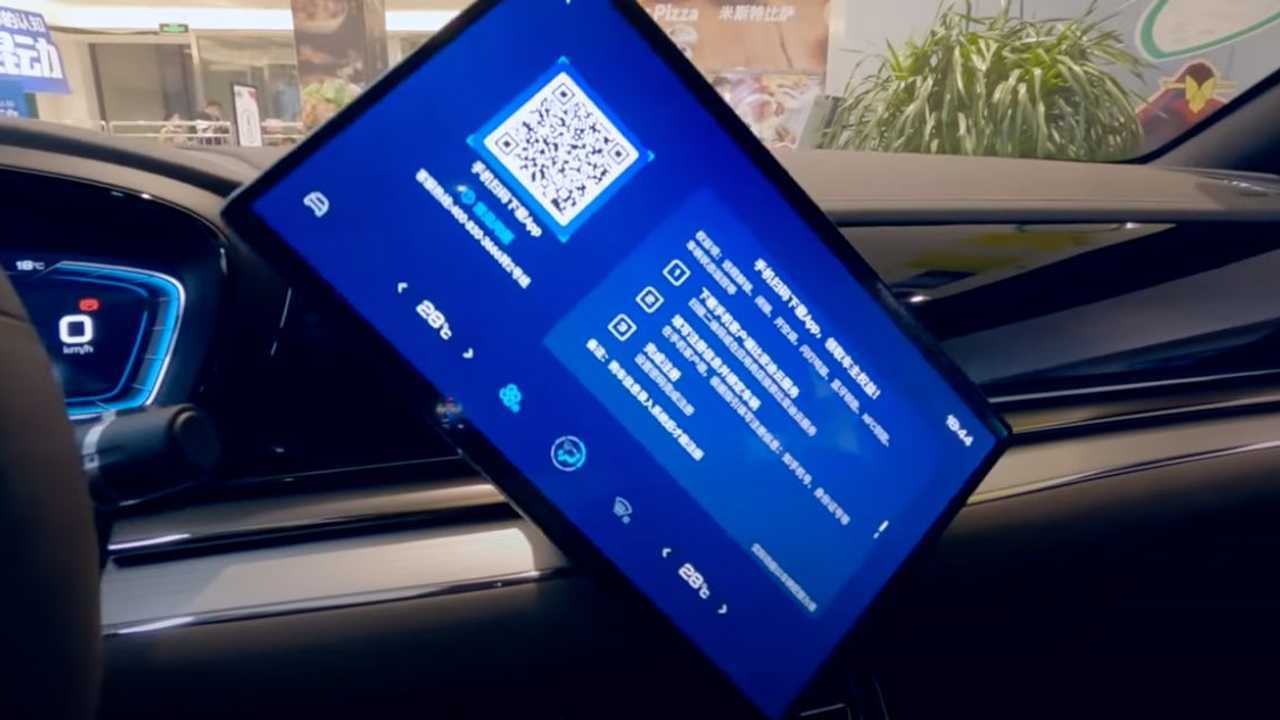 One of the first features the presenter shows is the Han’s rotating screen. You’ve might have heard about Tesla’s tilting screen in the refreshed Model S/X, but this one rotates from landscape to portrait layout and vice versa with a hit of a button. It’s pretty impressive looking (3:21 in the video) and can be useful for those who prefer a certain screen layout or for videos and movies.

The rest of the interior is nicely appointed and looks like a traditional car, unlike Tesla’s minimalistic interior. The electric sedan also has a quick and modern-looking user interface. The presenter says the Han is selling well and is priced similar to the smaller Tesla Model 3 in China. He also explains that he would pick the Han over a Model 3 and that if Nio didn’t have free battery swapping and a great warranty, he might have bought the Han instead.

The Han electric sedan seems like a good Tesla competitor, it has about 500 hp, lots of tech, fast charging, and a decent range (376 NEDC, EPA would be about 270). More importantly, BYD is known for its Blade battery pack. In November, BYD had already produced 20,000 Hans with Blade batteries and has plans to make 10,000 a month.