Even before electric bikes became a thing, folding bikes were already incredibly popular among city-dwellers thanks to their ease of use, practicality, and the ability to fold them, store them in tight spaces, and transport them in cars, buses, and trains. Now that e-bikes are all the rage, folding bikes are more popular than ever, and have even branched out to cargo bikes.

Indeed, it doesn’t get much more practical than a folding cargo e-bike. Combining the best of three worlds, you get the added boost of an electric motor, paired with the convenience of a portable two-wheeler, plus the ability to haul all the stuff you could possibly need. Now, a German company by the name of Avnson wants to push the boundaries of a folding electric cargo bike with its new Urbanox concept, a cargo bike that can be folded to such a compact size that it can fit in the trunk of a Fiat 500—a car that’s by no means large.

The way it works is rather interesting, especially when you consider how big the bike is when it’s unfolded—it’s nearly as long as the car itself. Based on the images provided by Avnson, we can see that a robust central hinge allows the bike to be folded on top of itself, thereby reducing its overall footprint to less than half its size. There are also small wheels at the base of the hinge which should allow you to roll the bike around once it’s folded.

All the tech and features of the Urbanox have yet to be revealed, but we can see that it’s packing a rather large battery and motor combo. It also has a Shimano drivetrain at the rear, as well as front and rear hydraulic disc brakes. I’d be curious to know just how heavy this bike would be, as chances are we’ll be looking at something that tips the scales close to 50 kilograms.

Nevertheless, it’s a really interesting concept, and could be something we’ll see on the road in the not too distant future. 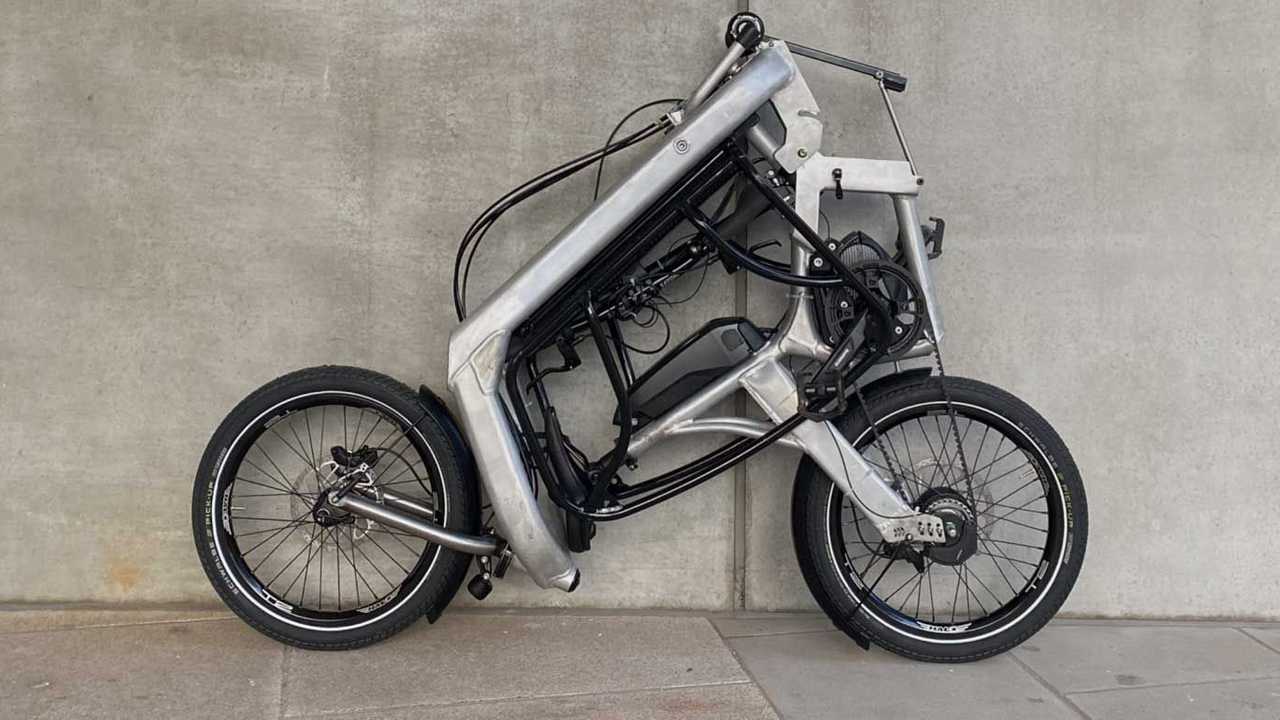