Phongsiri Nirachornkul bought his used Chevrolet Bolt EV on November 23 in Fort Worth, Texas. Soon after he started driving it back to his home in Dallas, the fresh Bolt owner started to listen to a clunking sound coming from the rear. Looking for a solution, he contacted InsideEVs. Little did he know that he was actually helping us warn other owners that are probably intrigued by that noise as if they were the only ones. Sadly, they’re not.

A simple search for “Chevrolet bolt rear suspension noise” on Google reveals multiple links on Reddit, forums, and videos related to the matter. The clunking starts at a few thousand miles and gets worse with time. Initially, people thought it was restricted to the 2017 Bolt EV, but there are cases involving all year models. 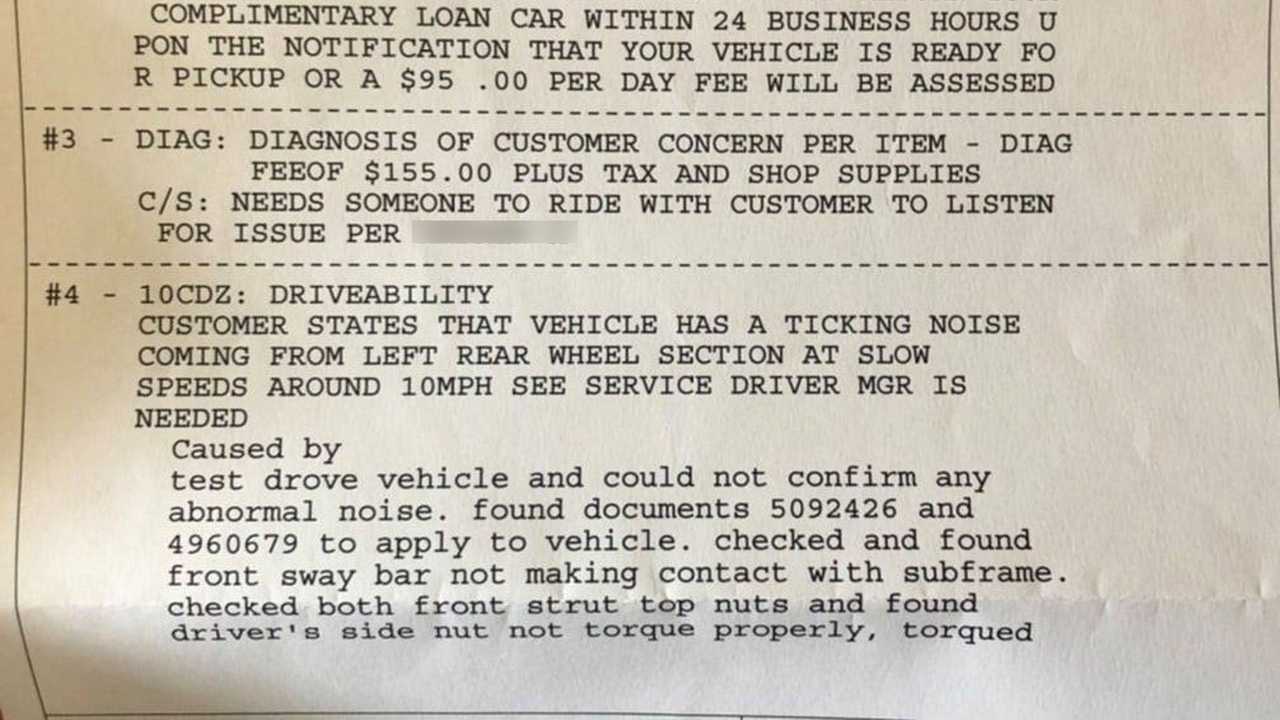 Soon after picking up his car at the Frank Kent Cadillac dealer and hearing the noise, he tried to get the dealership to fix it. After inspecting it on December 3, the dealer said it fixed the issue, which would be the front sway bar not being properly screwed.

Nikki Gordon-Bloomfield had a similar problem with her car. Apparently, GM released a technical service bulletin that recommended replacing that component. Predictably, that did not solve the problem for her nor Nirachornkul. 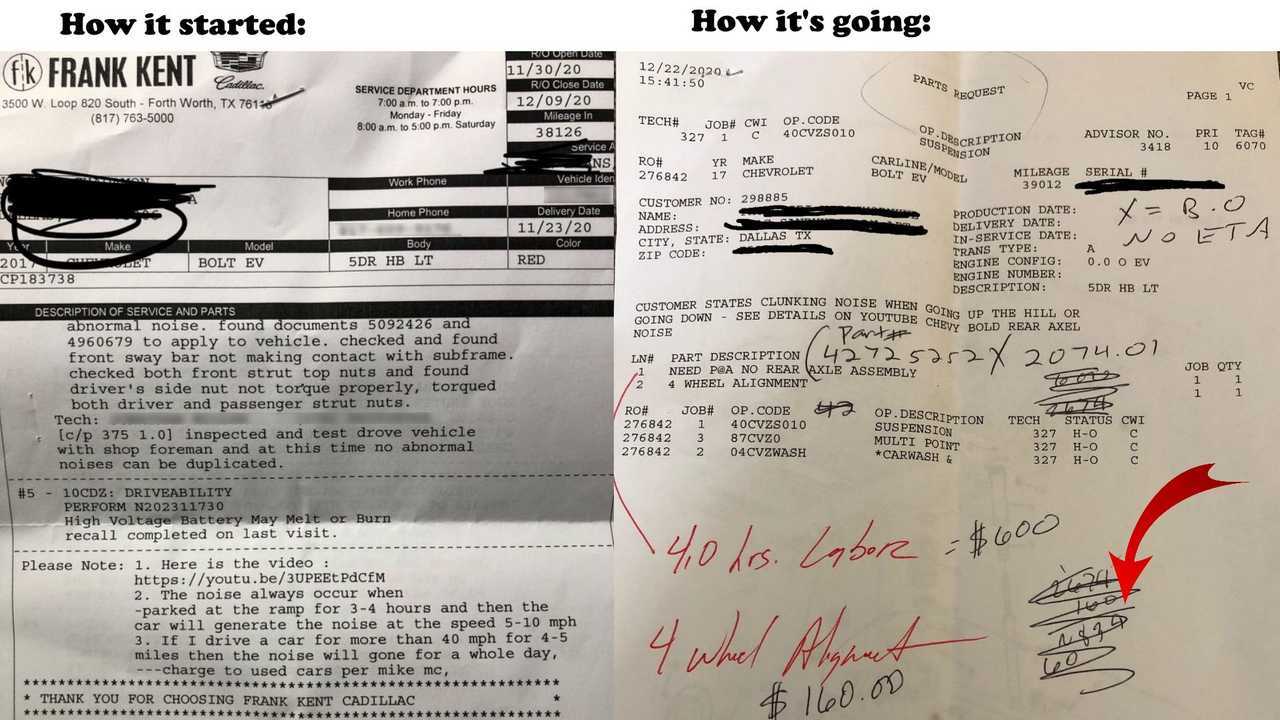 On his website Blink Drive, Nirachornkul said that he then looked for help in Dallas. The Friendly Chevrolet dealer told him he would need to replace the torsion beam, which would cost him $2,834.

With the budget from Friendly Chevrolet, the Bolt owner called GM again and was informed that replacing the torsion beam is a repair considered as “part of the car’s drivetrain.” Since his Bolt is covered until April 2022, he will not have to pay a penny. But what about the other owners with the same issue?

In a Facebook group, Nirachornkul learned that at least four Chevy Bolt EVs in Brazil are affected by the noise. That’s a significant amount of cars among the 27 that are followed in Brazil by that group.

Val, a ChevyBolt.org member, asked for help in the thread. He said he represented Bolt owners in Ukraine and Poland that would be having the same problem. His plead for help was to get spare torsion beams.

Apart from him and Nirachornkul, the issue was also reported at that website by the users Crabby Ermine, Brant Schutte, XJ12, sjdprods (who made one of the videos embedded here), MDBolt, M232, Terps1980, MYCL, stangbat, Lin19687, Bolted On, Rondi (a Brazilian Bolt owner who may be among the four cases reported on Facebook), Michael Boyce, jasvan78, and Devin. 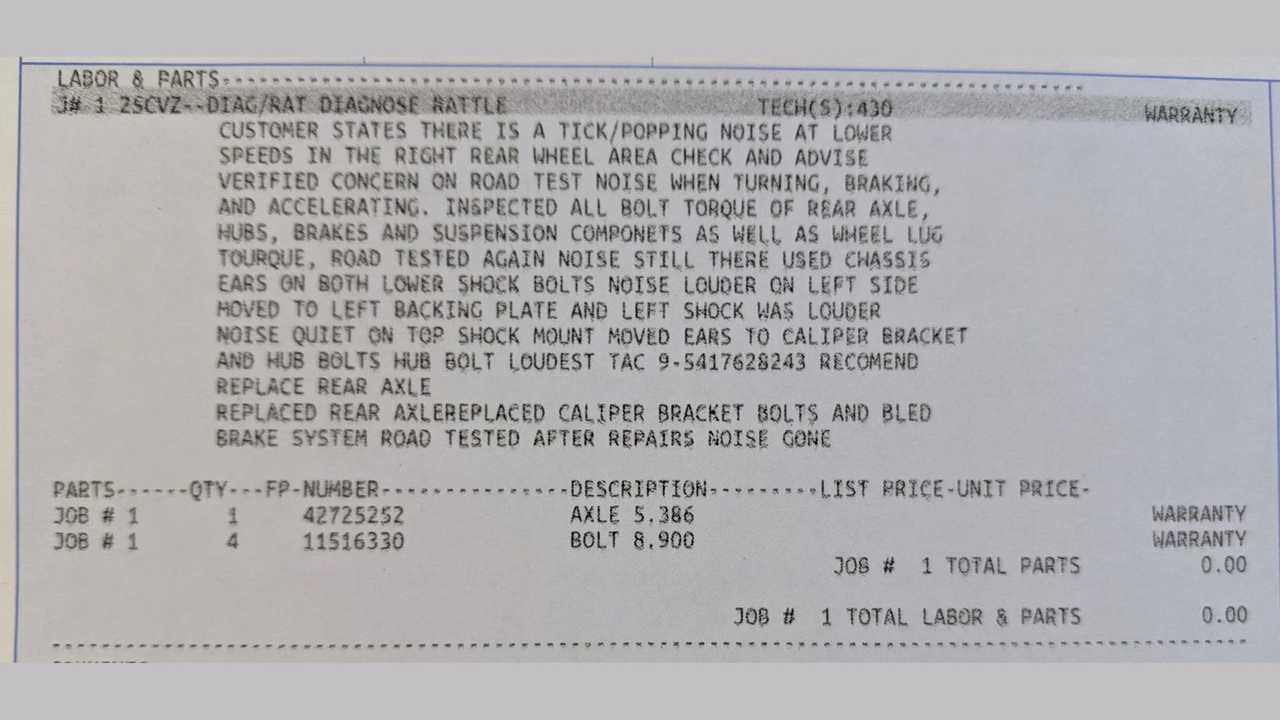 We have contacted GM to learn if there is any technical service bulletin about the torsion beam, but it is on winter break. We’ll update this article as soon as we hear from the company, which has taken care of Nirachornkul and promised to repair his car after the holidays. The other affected owners should rightfully expect the same sort of treatment.