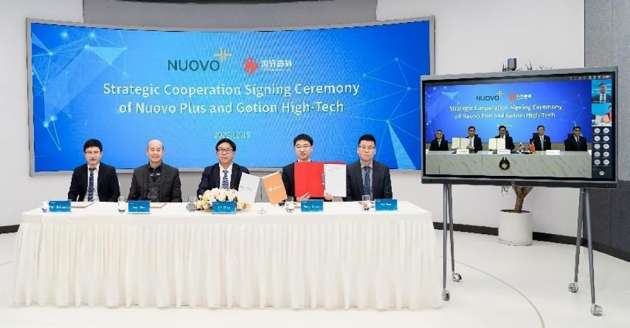 Chinese battery maker Gotion High-tech has signed an agreement with Nuovo Plus of Thailand-based PTT Group (itself a joint venture between PTT-owned Arun Plus and Global Power Synergy Public Company) to set up a new joint venture called NV Gotion. The JV will focus on the design, development, manufacturing as well as the sales and export of battery modules and packs products.

According to an official release, this partnership is in line with Thailand’s goal to achieve full electrification and net zero carbon emissions by 2065. It will also see NV Gotion establish a base in Thailand’s Eastern Economic Corridor (EEC), which includes building a lithium-ion power battery pack production line.

By the fourth quarter of 2023, the first phase of the production line is expected to be put into production to supply high-quality battery products to the market. The JV will also explore the ASEAN new energy market as it seeks to set up a battery export base in the region.

Gotion High-tech is backed by Volkswagen and has ties with several other companies in the field of battery production, including with Vingroup’s VinES as well as building a battery plant in Michigan, United States.