The Cupra UrbanRebel Concept is the brand’s idea for a bold, wildly styled hot hatch that’s debuting at the IAA Munich International Motor Show. Strip away the big wing and bright paint and Cupra says you can get an idea of its future urban, all-electric car that’s coming in 2025.

“This racing concept gives an idea of the design language of the future street-car and will inspire its creation,” said Wayne Griffiths, CEO of Cupra. “The urban electric car is a key strategic project not only for our company, but also for the Volkswagen Group, as our aim is to produce more than 500,000 urban electric cars per year in Martorell for different Group brands.” 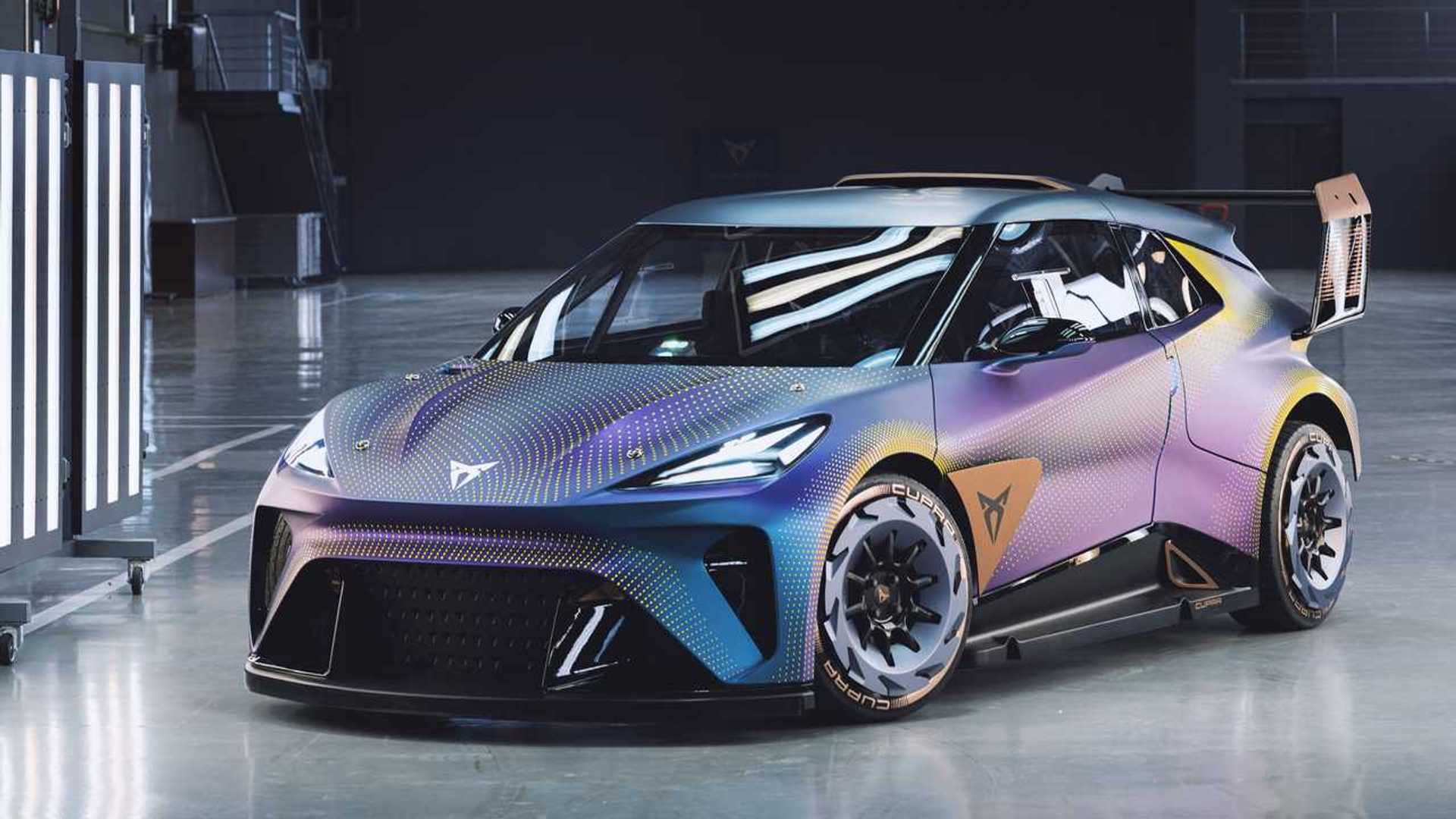 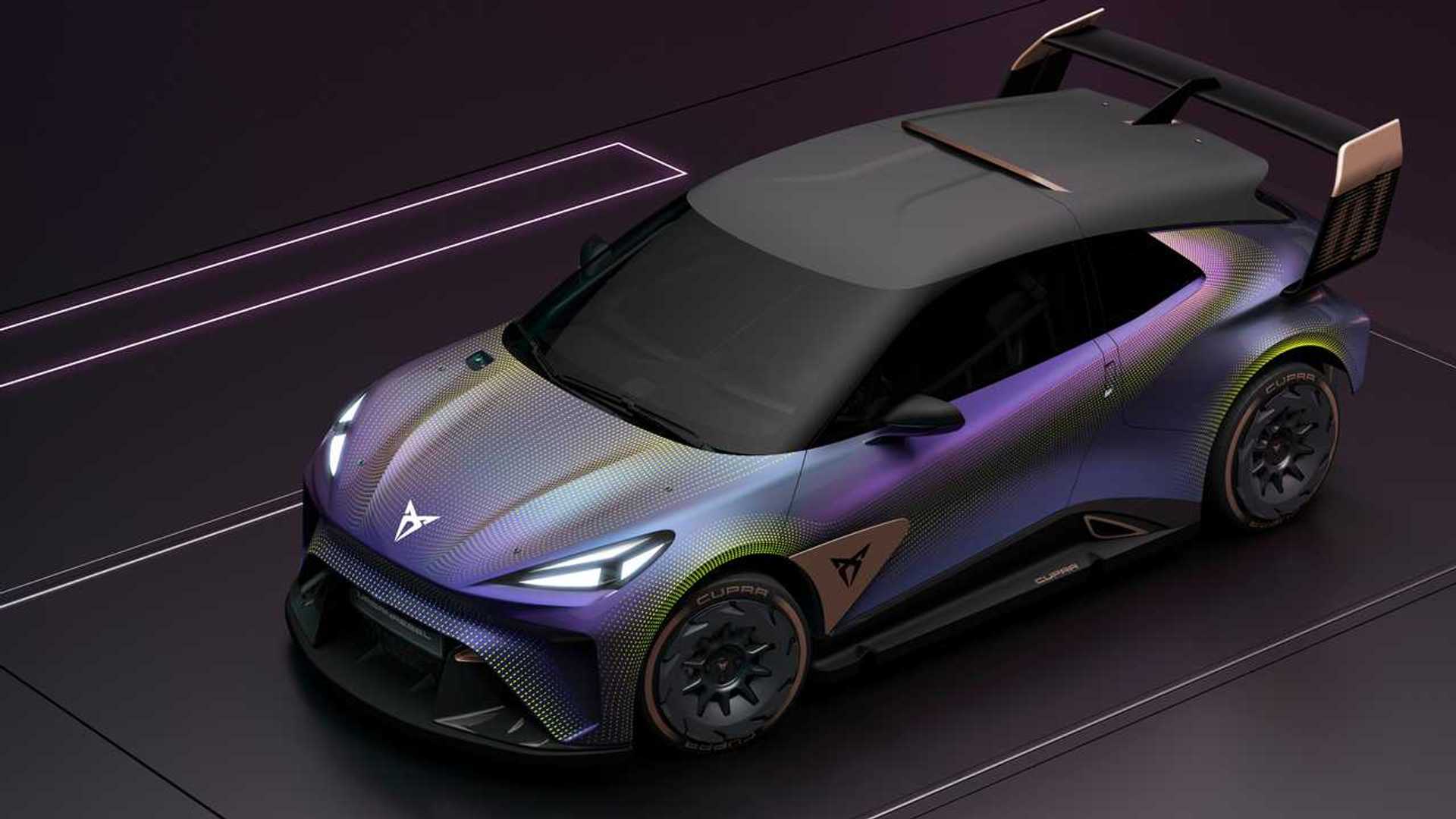 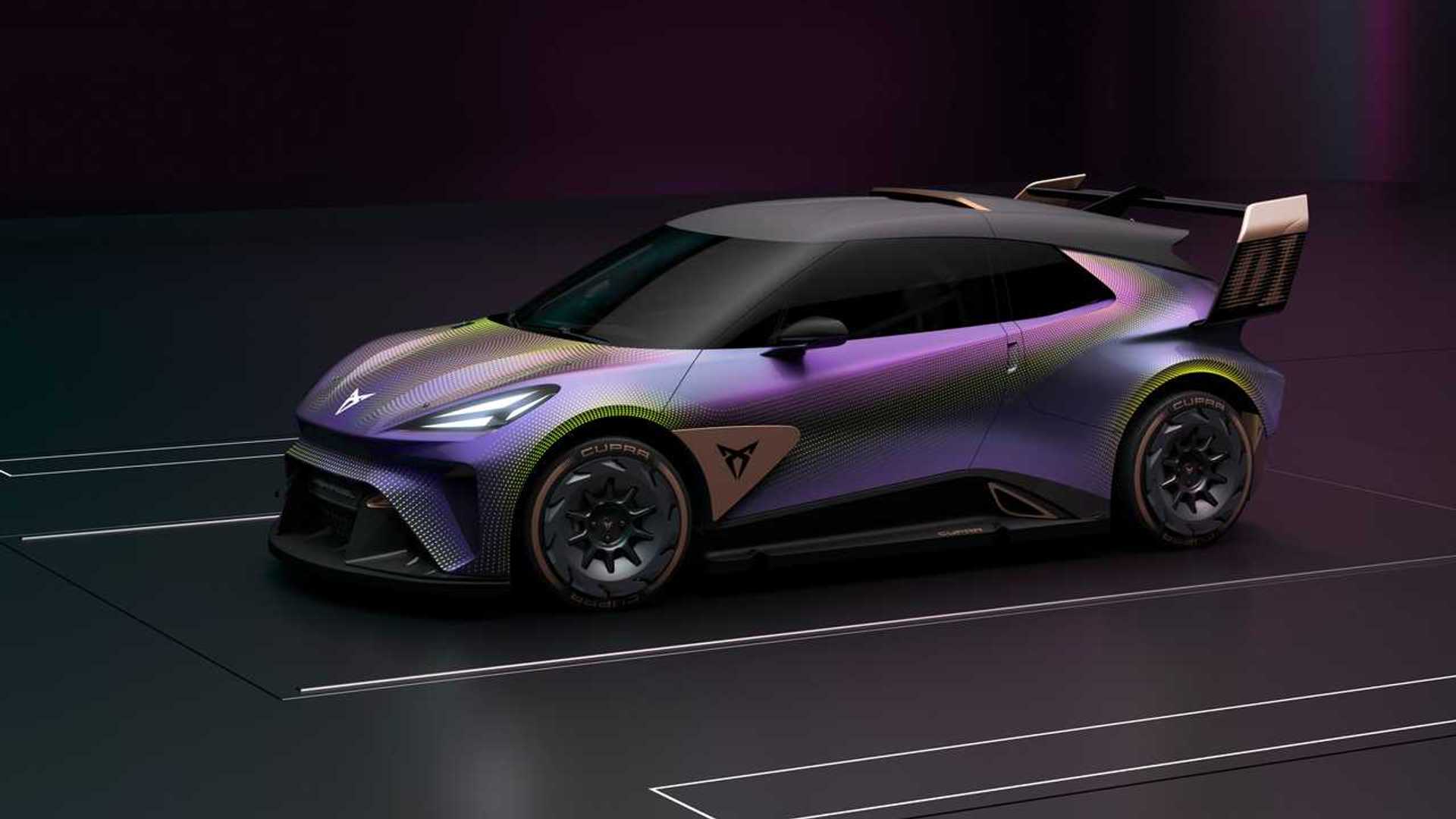 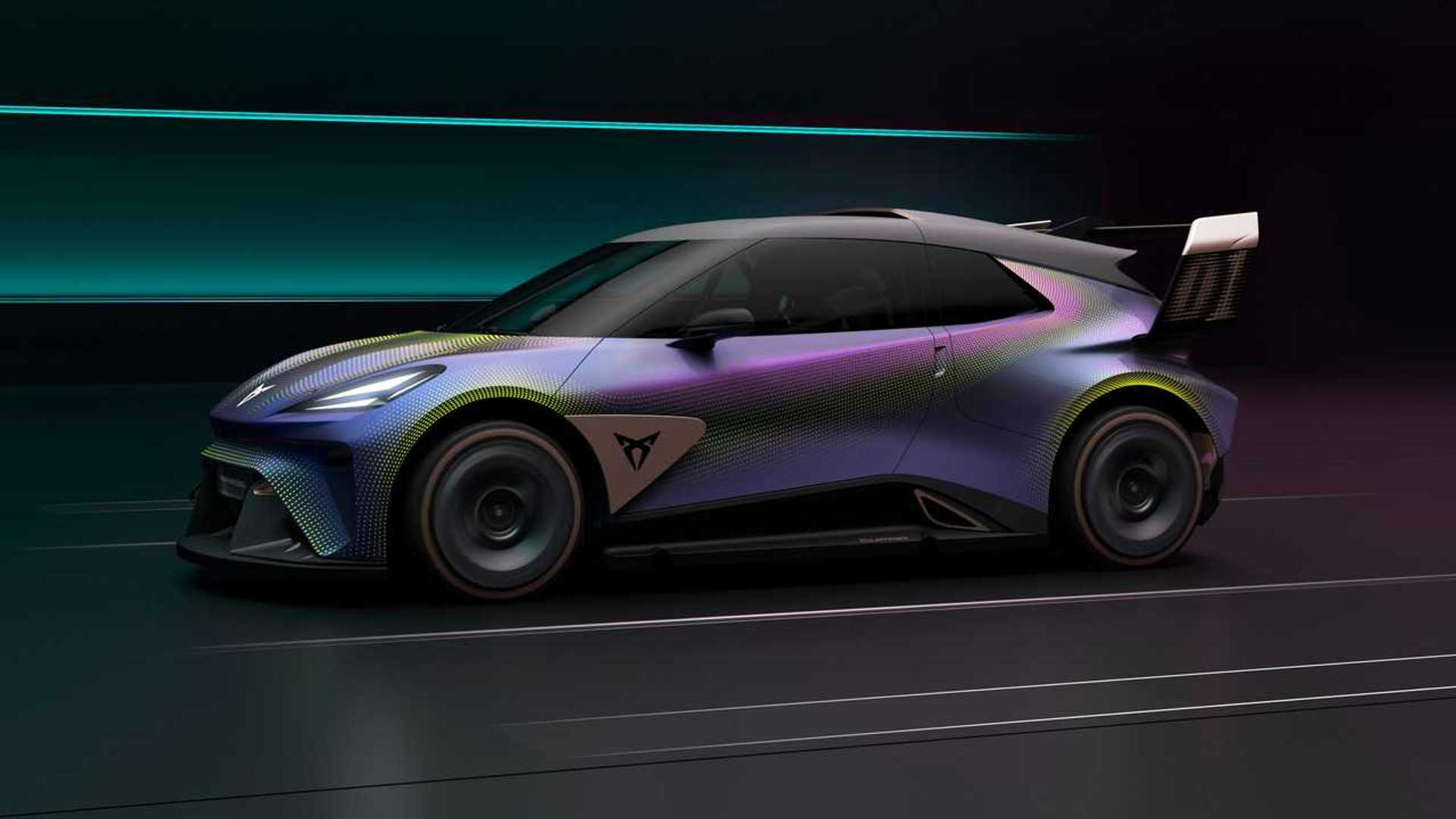 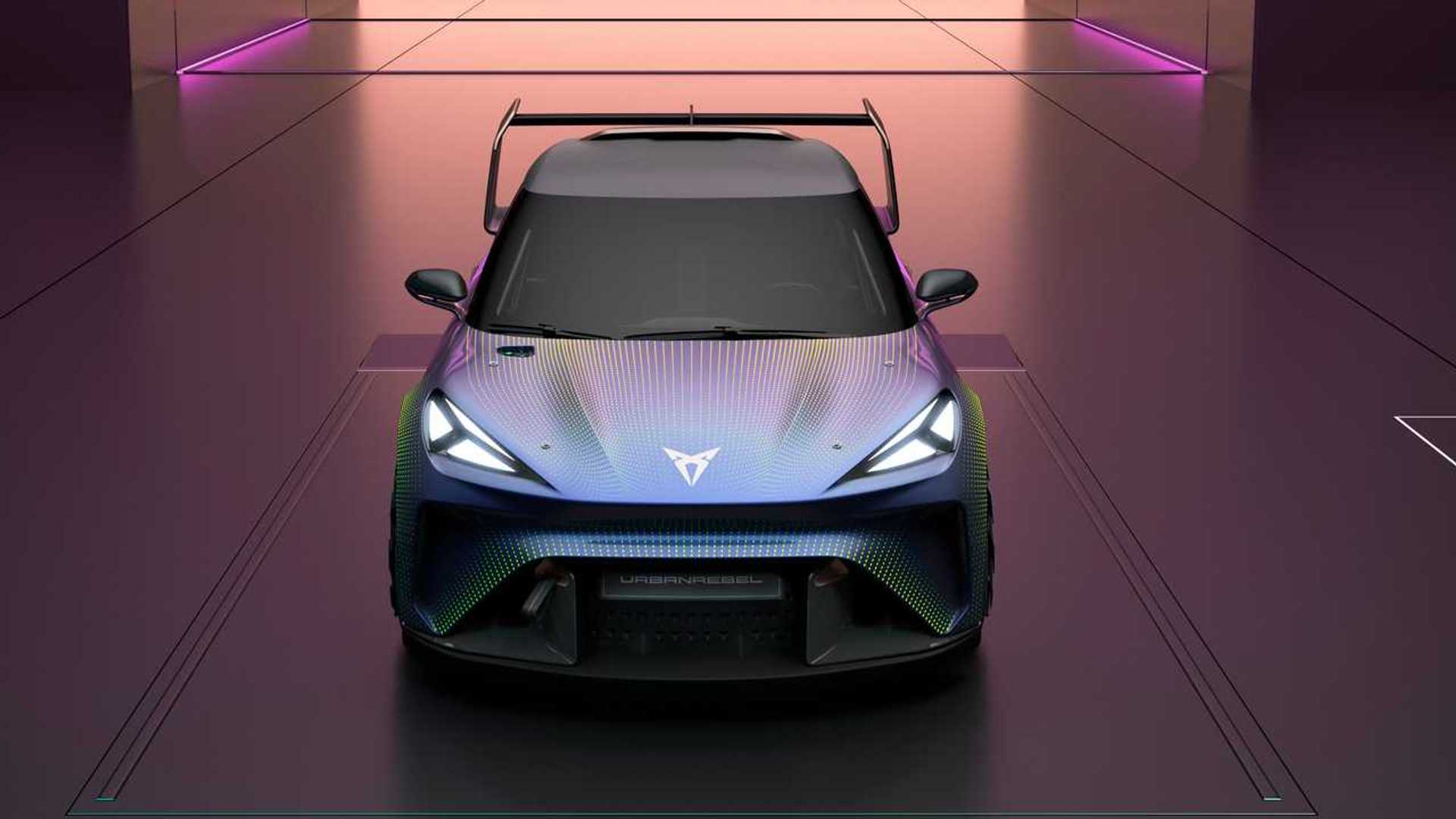 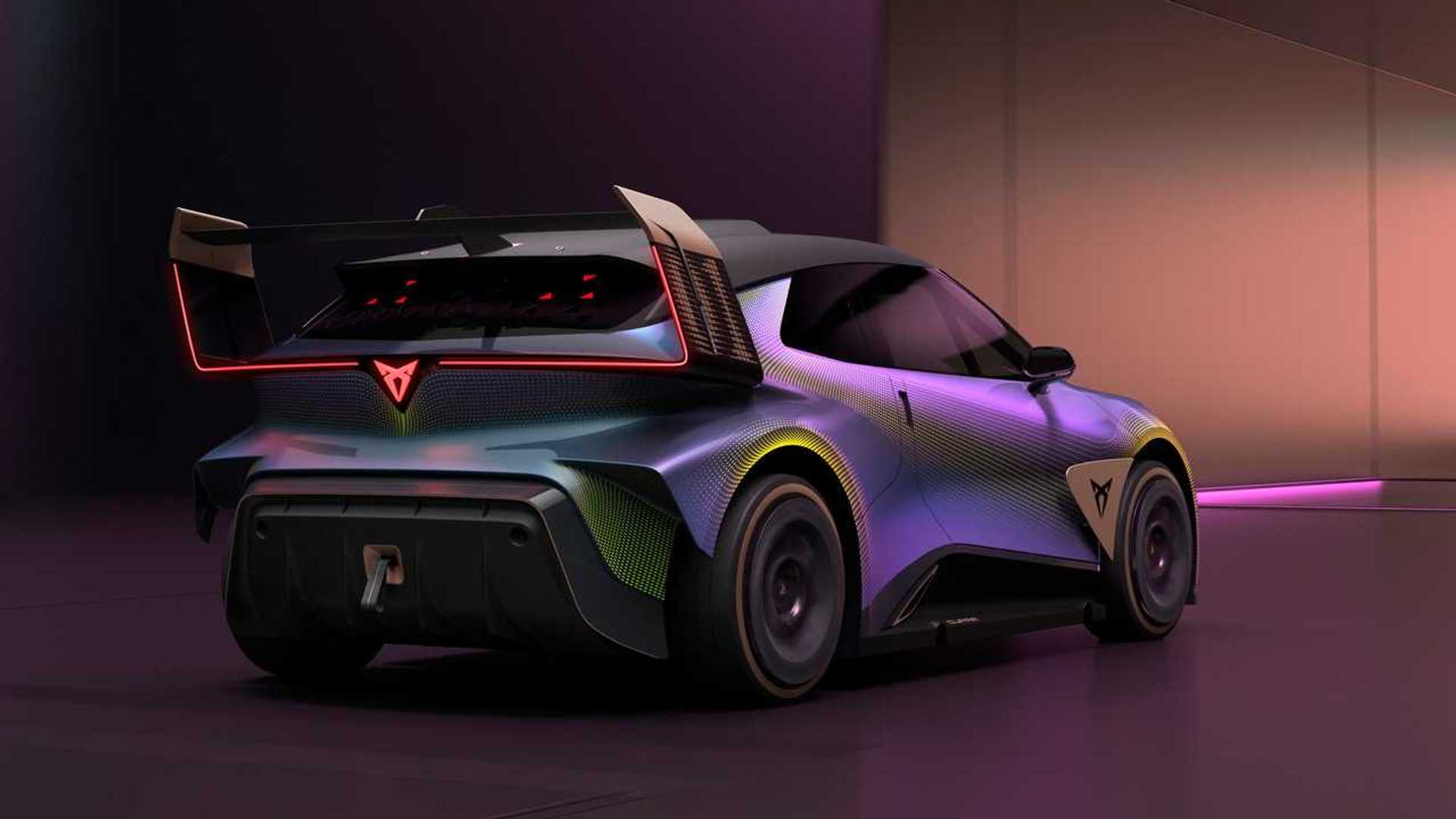 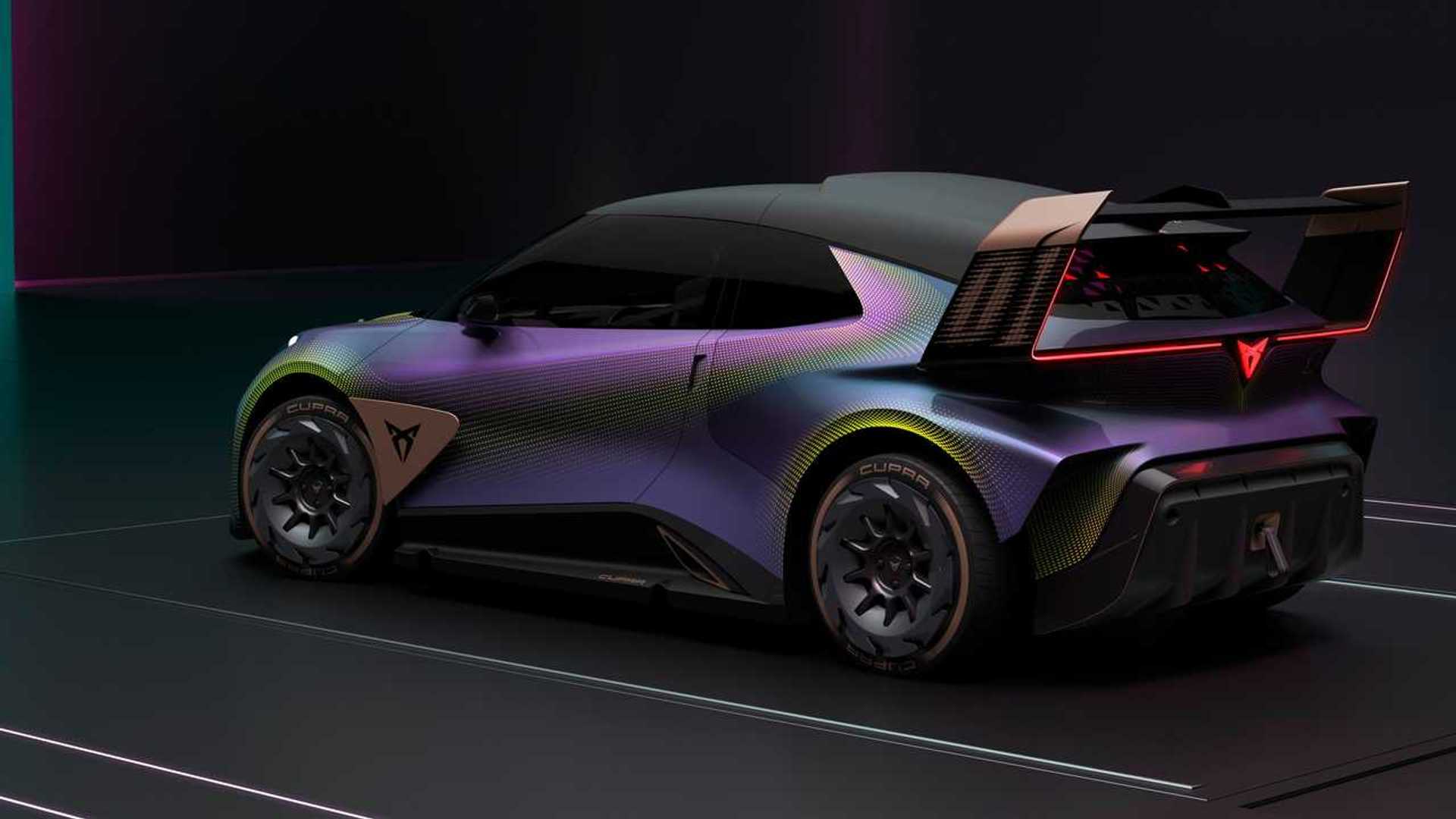 The Cupra UrbanRebel rides on the Volkswagen Group’s MEB short platform. It wears an aggressive body with a massive grille at the front, despite being an EV, which don’t usually require the amount of airflow as an ICE vehicle.

There are aero wheels and triangular elements behind the ones in front. At the back, there are huge fender flares. Cupra says the wraparound window graphic is supposed to evoke a helmet on the sporty vehicle.

A huge wing attaches to the bodywork just behind the rear fenders. The aerodynamic element has a swan neck that attaches to the roof, and the piece is large enough to incorporate the taillights. A prominent diffuser occupies the lower portion of the back end.

The body features a series of yellow dots in different sizes that starts at the hood, runs in an arc over the side of the car, and ends at the rear pillar. A matching element outlines the rear fenders and sides of the diffuser.

Mechanically, the Cupra UrbanRebel Concept produces 335 horsepower (250 kilowatts) of continuous power and a peak of 429 hp (320 kW). This can get the vehicle to 62 miles per hour (100 kilometers per hour) in 3.2 seconds.