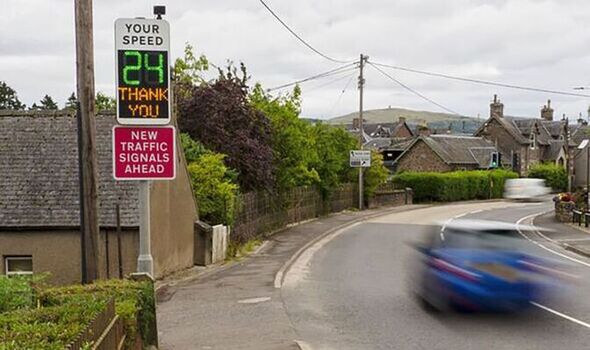 Five drivers have been banned from the roads after attempting to avoid prosecution by using an illegal service which claims it can make parking tickets and speeding fines “go away”.

The so-called NIP farms have been set up around the country as part of a prolific nationwide scam, where driving offences are pinned on fictitious people. NIP stands for “Notices of Intended Prosecution”, which are automatically served by police forces after a driving offence, such as speeding, is committed.

Registered keepers of the vehicles in question are contacted at the address that the DVLA has for them and they are asked to confirm if it was them driving or someone else.

Greater Manchester Police investigated this, and found certain addresses are repeatedly being submitted on these forms, with an array of different names.

But extensive checks show that the nominated drivers are fictitious, and that as a result, officers are being led on a “wild goose chase”, wasting time and money in the process.

Phase one of the investigation saw 126 people and businesses convicted of failing to give information relating to the identification of the driver of a vehicle when required – which carries with it a statutory punishment of six penalty points.

Another 40 cases were brought to court on Friday as part of the second phase of prosecutions, reports Manchester Evening News.

All but one were convicted at Stockport Magistrates’ Court – either after admitting to the charges or the case being proved in their absence by police prosecutors Mike Arden and Claire Cleary.

Aqib Iqbal, 29, was banned from driving for two years. The court heard an Audi registered to Iqbal, from Rochdale, Greater Manchester, was involved in a collision, after failing to stop for police in November of 2021.

A NIP was sent to Iqbal and it was returned with an address in Oldham, Greater Manchester. However, checks of the electoral register and further information provided by the DVLA and the Motor Insurance Bureau said that no one by the name, or similar to the name that was on the form, lived at the address.

The court heard Iqbal already had six points on his licence after being convicted of driving without insurance in September. As he was previously banned for six months in March 2019 and one year in December 2020, the minimum ban the court could impose was two years. He was also ordered to pay £346.

Mortgage adviser Abdur Rahman Suleman, 25, admitted he paid someone £150 “to try and deal with the ticket” and admitted that he was “ignorant and naïve” to do so. Suleman, of Rochdale, Greater Manchester, but the NIP was sent back to police with the details of a fictitious person, living at an address in Batley, Yorkshire.

As he already had six points on his licence for driving without due care or attention, the mandatory six-point punishment meant that he was disqualified from driving for six months. He was also ordered to pay £686.

Chairman of the bench Martin Joyce told him: “You have paid £150 to someone who has done you no service whatsoever.”

Hifza Kauser, 36, and from Brierfield, Lancashire, was banned for six months after her VW Golf was caught on M66 cameras speeding twice in two days on June 4 and 5 of this year. The NIP was returned to GMP with the same Batley address as Suleman, but with the name of a different fictitious person.

As there were two offences, these were totted up and Kauser, who works as a civil servant, was banned from driving for six months. She was also told to pay £812 in fines and costs.

Single mum Edyta Lagwa claimed she was not driving a Chevrolet that was spotted speeding along a road in Stalybridge, Greater Manchester, on November 19 2021. Lagwa, 34, was banned for six months after the NIP was sent back to police with an Oldham address that has been used more than 130 times.

As she already had nine points on her licence, following three speeding convictions in 2020, Lagwa was disqualified for six months and ordered to pay £346.

Abu Bahkr Ahmad, from Oldham, received a NIP in February after his Nissan Qashqai was seen driving 38mph in a 30mph zone on January 23. The 37-year-old dad of five said he did not return it himself as he was in Pakistan but when it arrived in the hands of police, the address of a known NIP-farm in Oswaldtwistle, Lancashire, was used. He was banned for six months and ordered to pay £346.

Other people who avoided bans but were still fined include Emma Russell, of Millbank Close, Oldham. The 25-year-old lettings agent worker said she “panicked” after was caught speeding in Manchester on January 28.

She admitted that she paid someone £150 in a “moment of madness” and the NIP was returned to police with the same Oswaldtwistle address as Ahmad, albeit with a different fictitious driver listed. She was ordered to pay £449, as well as receiving six points on her otherwise clean licence.

Another set of hearings related to NIP farming will be held at Stockport Magistrates’ Court next month.