Genesis has a very handsome lineup of vehicles that are both unique, and the also succeed in looking fancy and premium. And the brand’s future design direction will likely strengthen that impression, if they go down the path set by the newly revealed Genesis X Speedium Coupe.

You may remember last year’s Genesis X Coupe, well, the new Speedium Coupe is a fastback version of that concept. The manufacturer isn’t planning on putting either of these two models into production, but it does state that

The concept car previews what prospective owners of Genesis can expect from Genesis’ next wave of electric vehicles. 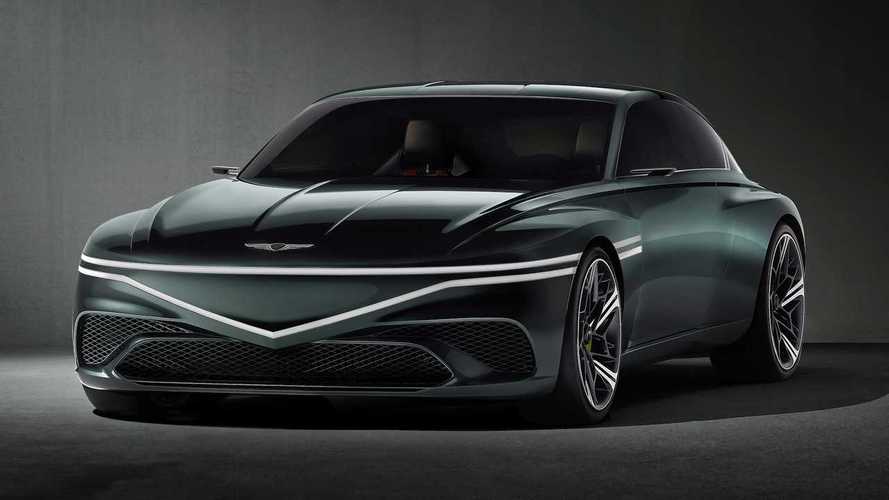 By reductive, Genesis refers to the minimalist, fuss-free design that does without superfluous details or any style for style’s sake. The Speedium concept stands out through its sculptural lines, subdued elegance and subtle details.

The name comes form a famed racing track from South Korea called Inje Speedium, hinting at the concept’s sportiness. According to Luc Donckerwolke, Chief Creative Officer of Genesis, went on to explain that

This isn’t a show car — it’s a look into our design processes as we explore ideas for the next wave of EVs, one that incorporates Genesis’ DNA.

This car is an open-door moment in Genesis’ journey towards our future EV design.

Donckerwolke goes on to talk about how this vehicle’s shape is intentionally not a wedge, and how visual balance was a key concern when it was being design. The overall result is subtly muscular and sporty, but also luxurious and not as aggressive as some other brands’ designs. The Genesis design boss remarks that

We are giving each design element space to breathe. It’s not about making the design elements compete with each other, but about orchestrating the elements so that they complement and respect one another.

Genesis made it fairly clear that it doesn’t actually intend to build either the X Coupe or this new X Speedium version of it, but would you like to see a low, long and sleek electric coupe like this on the market? Tell us in the comments.