Driverless vehicles may lose GPS mid-journey due to densely populated streets and tall skyscrapers as signals are obscured. Radio waves may also bounce off surroundings and lose contact with the vehicle, causing cars to lose GPS information.

Experts warn this could have possible “safety and operation issues” for driverless vehicles which rely on satellite navigation to get to destinations.

Losing this technology could see cars unable to work out a route to a destination which could cause a range of consequences.

Vehicles could stop working entirely or could become confused and drive randomly until a signal is received.

Oxbotica warns that a three storey building would be tall enough to create some sort of signal disruption to cars. 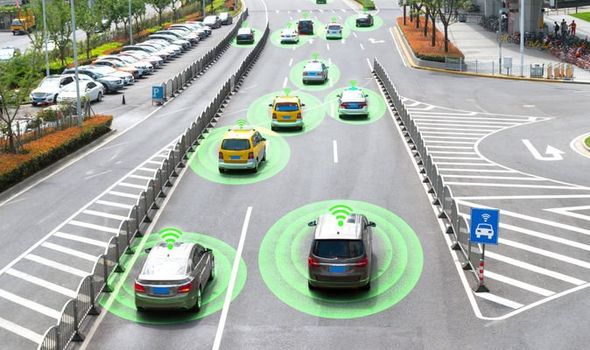 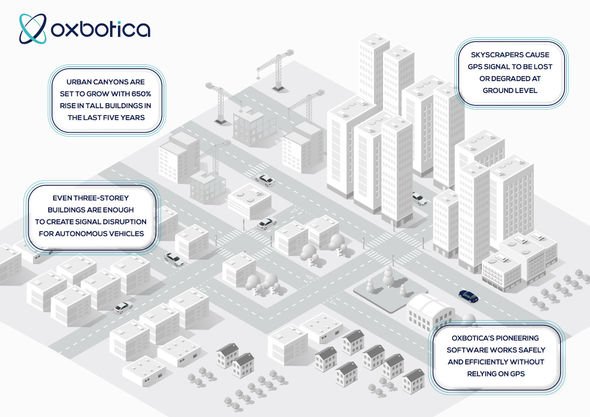 Ben Upcroft, VP of Technology at Oxbotica says there are so many buildings that motorists would not be able to rely on GPS tools for accuracy.

He said: “There are so many urban canyons and GPS ‘blind spots’ across our towns, cities and countryside, that we can’t rely on GPS for accurate navigation.”

Data from the Council on tall building and Urban Habitat (CTBUH) has revealed the number of tall buildings over 200 metres has risen by 650 percent over five years.

Analysis has revealed the number of budikings is set to further increase by an extra 20 percent over the course of 2020.

Oxbotica has warned skyscrapers are not the only issue which could derail signals to driverless vehicles.

They also warn that cars at higher latitudes could also be affected as satellites are lower in the sky and may not be able to send signals.

Sunspots can also cause changes in solar wind which can interfere with GPS satellites and lead to disruption.

The experts say that the only solution is to use a mix of radars, cameras and lasers to localise signals rather than rely on GPS signals.

Paul Newman, founder of Oxbotica, even claims the localised sensors could open up many rewards for the industry.

He has predicted the technology could ensure electric vehicles can be used in enclosed spaces such as underground and in deep mines in a massive boost for many firms.

He said: “While it is harder to figure out your location using vehicle-mounted sensors rather than being told it by GPS, the rewards are many.

“This is a powerful concept and underpins our Universal Autonomy software platform.” 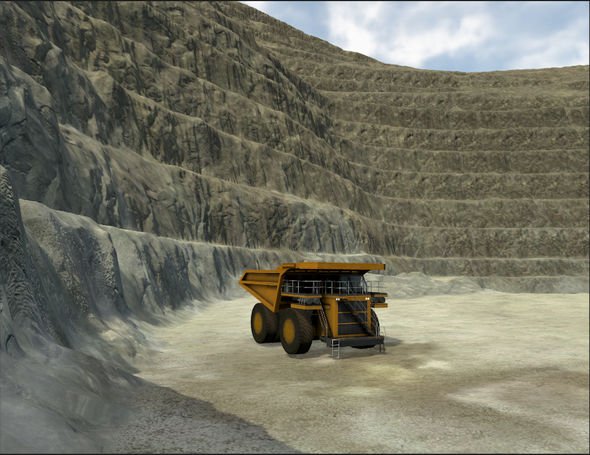 Several self driving tests have taken place across the UK as the government looks to introduce the technology safely across the country.

In February a self navigating car drove for 230 miles in the longest and most complex journey undertaken so far by an autonomous car.

The Nissan Leaf was fitted with a range of techny such as GPS, radar, laser measurement tools and on board cameras.

The £13.5million project was jointly funded by the British Government and a range of companies including Nissan.