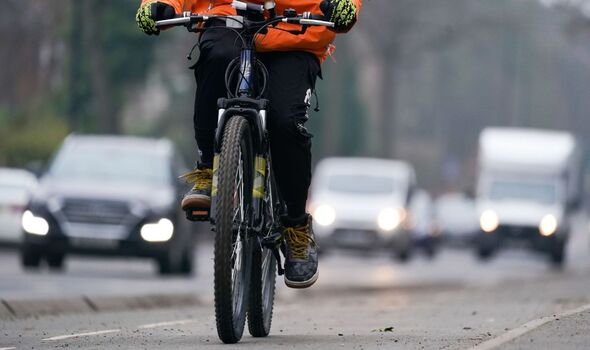 A year has passed since the biggest Highway Code shakeup in four years, but not everyone is up to speed.

A Vertu poll conducted six months after the changes found a whopping 68 per cent of motorists were unaware that pedestrians have the right of way at all junctions, not just zebra crossings.

This means drivers must stop at junctions regardless of whether pedestrians have stepped off the pavement or not.

Previously, motorists were only required to stop once pedestrians had begun to cross.

Now it is a legal requirement for them to stop and give way to those waiting on the pavement, reports Bristol Live.

The revised highway code came into effect in January 2022 after calls to protect vulnerable road users.

The update to existing laws outlines a hierarchy of road users, placing the greatest responsibility on those who can do the most damage.

The new law means greater rights for pedestrians and cyclists and highlights the need for those with the biggest vehicles to be the most considerate when encountering road users who are more at risk.

Previously, all road users had equal responsibility, but with the hierarchy of road users, HGVs need to be more considerate towards cars, and cars have a greater responsibility to protect motorcyclists, whereas pedestrians, especially the elderly, disabled, and children, have priority over cyclists.

This does not mean that all road users should not consider their own and others’ safety.

Under the rules that were introduced a year ago, cyclists are now required to position themselves in the middle of the road when on quieter roads or at junctions or road narrowings.

This is considered safer as it increases their visibility.

Cyclists are required to slow down and consider the safety of pedestrians in shared spaces. Cyclists should not overtake pedestrians or horses at a high speed and should let them know they are there, but be mindful that some people may have hearing impairments.

Drivers who fail to stop at zebra crossings can be fined up to £100 and, by law, should be given a minimum of three points for the offence.

Drivers who are seen breaking the rules of the highway code can be reported to the police via 101, and with the rise in smartphone technology, more dangerous drivers are now being captured on camera and prosecuted.

The changes were introduced following a public consultation that received more than 20,000 responses, with most people being in favour.

Further details and additional rules, including safe distances required between drivers and cyclists, can be found here.