Experts warn allowing a dog to stick their head out of the window may “potentially illustrate” the animal is not retained properly. This is against the Highway Code and could see road users prosecuted and issued severe penalties.

As lockdown restrictions ease, those heading on a staycation are likely to be caught out by the simple rule which can lead to devastating consequences.

Mark Tongue, spokesperson for Select Car Leasing said: “We’d recommend you don’t let your dog stick its head out of the window.

“Not only does that potentially illustrate that the animal is not restrained properly, there’s also the obvious risk of its head coming into contact with something, like a bush or a tree, resulting in a bad injury.

“And make no mistake – if you don’t have your dog properly restrained, and it’s causing distraction, you could be prosecuted by the law. 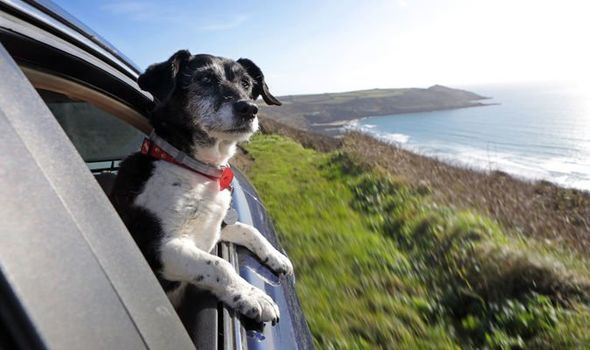 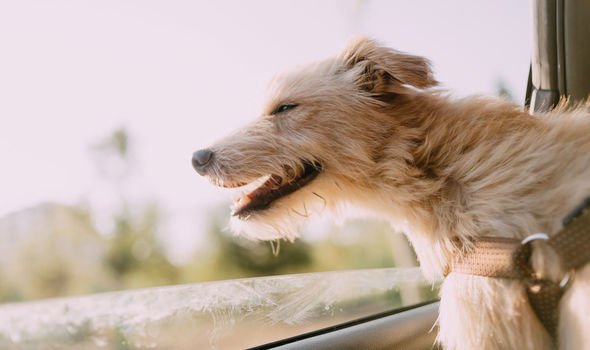 “The most common charge in such circumstances is one of driving without due care and attention which is enough, in some cases, to warrant a disqualification, between 3 and 9 points on your licence, or even a fine of up to £2,500.

“Don’t take the risk. Make sure both you and your pooch are buckled up properly.”

Fresh research from The Dogs Trust found 76 percent of dogs have no formal training on how to behave in the car.

Meanwhile, 60 percent of people believe having a dog unrestrained in the car could be dangerous.

The Dogs Trust advises drivers should not travel in the front of the car as this could be a distraction for the driver.

Rule 57 of the Highway Code urges drivers to protect their animals using a “seat belt hardness” or “pet carrier”.

The rule says: “when in a vehicle make sure dogs or other animals are suitably restrained so they cannot distract you while you are driving or injure you, or themselves, if you stop quickly’.

It adds: “A seat belt harness, pet carrier, dog cage or dog guard are ways of restraining animals in cars.”

Alongside the legal consequences of opening a car window, experts have also warned of possible safety concerns.

USwitch has warned animals could get “dirt and gravel” in their eyes which would likely lead to expensive pet bills.

Animals which are not properly restrained could also “fall or jump out” of the vehicle which is a major safety concern.

Injuries to a pet or concerns they will escape the car is also likely to distract a driver from the road which is a safety and legal risk. 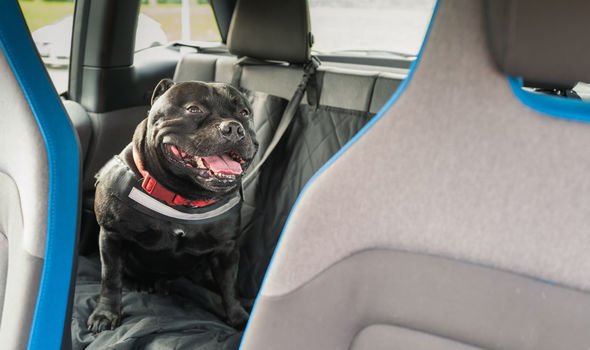 USwitch said: “We’ve all seen cute pictures of pets with their head out of the window.

“But did you know that this activity could actually be very dangerous?

“Dirt and gravel could get into your pet’s eyes as you travel, or your pet could fall or jump out of the open window whilst the car is stationary, or worse, moving.”