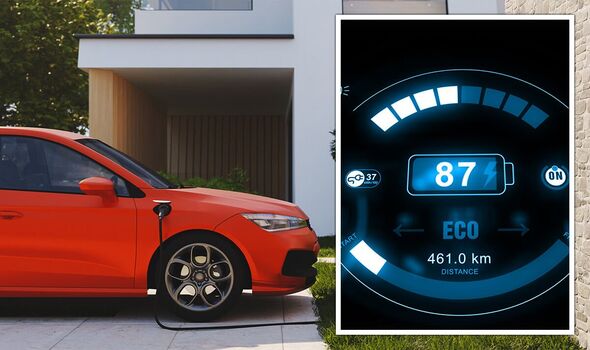 EV owners will likely experience slower charging speeds and reduced range when temperatures drop with some taking to the Reddit forum (r/electricvehicles) to admit their car loses as much as 50 percent of range in the dead of winter. With this in mind, EV experts at Hippo Leasing have consulted experienced EV drivers to reveal tried and tested tips on getting the most range from their electric vehicles in winter.

In freezing temperatures, battery management systems onboard electric vehicles reserve about 15-20 percent of the overall capacity in order to keep the battery at its optimum temperature.

Experts advised that instead of charging the car to what drivers think they need, they should charge it up to at least 90 percent to allow a margin for the loss of range from increased use of HVAC and battery management.

Pre-condition the battery or pre-heat the cabin

Most EV drivers charge their car overnight so it’s ready for their morning journey.

One Reddit user suggested that drivers should “preheat the cabin wherever possible while plugged in”.

They added: “This will use energy from the grid to heat the vehicle before you drive off, rather than from the battery while you’re driving.”

Direct heat to the passenger, not the cabin

Internal combustion engine cars have waste heat that heats the passenger cabin, but this isn’t the case in an electric vehicle and blasting the heat to compensate can reduce an EV’s performance even further in winter.

One forum user suggested: “Instead of sacrificing warmth, use a more direct source for it. Heated seats can offer the same or better comfort than turning the heat up five degrees or so.”

Charge according to journey time

Another user, after driving in temperatures as low as -7C set the overnight charge to finish as close to his morning journey as possible as opposed to charging it the night before.

This meant that the battery didn’t have a chance to cool before being used on the road meaning there was no initial loss of range before setting off.

Reduce wind resistance by slowing down

One Reddit user claimed that “the most important tip is to slow down”.

They added: “If you just slow down a bit and go the speed limit or five under, your range will increase significantly.”

The experts suggest that if motorists have plenty of time, they should look for alternative slower road routes on a GPS before embarking on their journey.

“Operating range is one of the most important performance metrics of an electric car and lithium-ion batteries onboard it can be impacted by a drop in temperature.

“The ions in lithium-ion batteries, like the one onboard electric vehicles, struggle to move around in the cold. This in turn has an impact on an EV’s range overall.”