Letter From Our Editor

is taking metronidazole safe during pregnancy

Ford has released an important update about its electrification strategy in Europe, where 100% of its passenger car sales, and two-thirds of its commercial vehicle sales, will be all-electric by 2030.

That’s a clear path to zero-emission vehicles, which starts with the Mustang Mach-E and E-Transit.

Let’s recall that in Europe, Ford offers also the Kuga PHEV (Escape PHEV in the U.S.) and Ford Explorer PHEV.

Ford recently announced that it intends to invest at least $22 billion in EVs by 2025. We don’t know the amount that falls on Europe, specifically, but the good news is that Ford returned to profitability in Europe in Q4 2020.

“Central to Ford’s transformation of its operations in Europe over the past two years were a $1 billion improvement in structural costs, addressing underperforming markets, the creation of a more targeted vehicle line up within three customer-focused business groups, and partnerships to drive growth and improved levels of profitability across the business.”

“We successfully restructured Ford of Europe and returned to profitability in the fourth quarter of 2020. Now we are charging into an all-electric future in Europe with expressive new vehicles and a world-class connected customer experience. We expect to continue our strong momentum this year in Europe and remain on track to deliver our goal of a six percent EBIT margin as part of Ford’s plan to turnaround our global automotive operations.”

One of the main points of the plan is a $1 billion investment to modernize vehicle assembly facility in Cologne, Germany (which currently makes the Fiesta model), where Ford will create a new electric vehicle manufacturing center.

“Spearheading Ford’s advance into an all-electric future is a new $1 billion investment to modernize its vehicle assembly facility in Cologne, Germany, one of its largest manufacturing centers in Europe and the home of Ford of Europe. The investment will transform the existing vehicle assembly operations into the Ford Cologne Electrification Center for the manufacture of electric vehicles, Ford’s first such facility in Europe.” 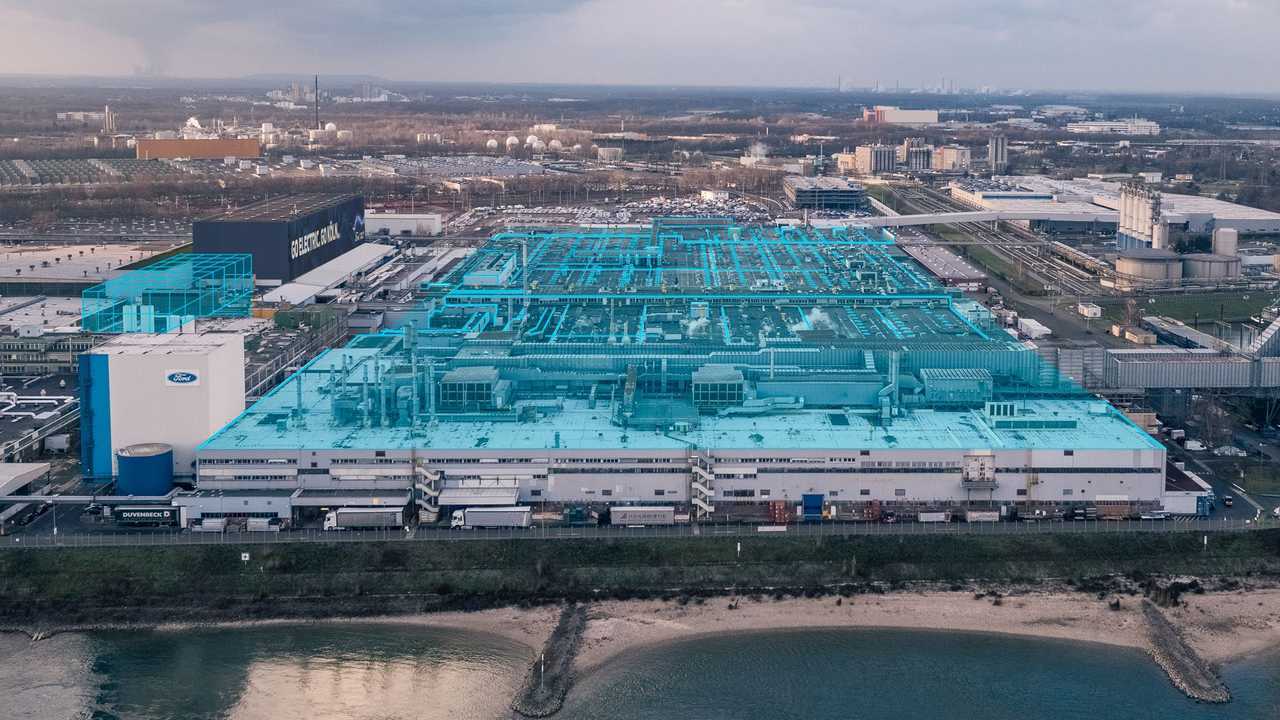 Media rumored about it already for several months, speculating €1 billion ($1.2 billion) investment to build new BEVs, based on Volkswagen’s MEB platform, for which Ford signed up.

Ford is expected to purchase roughly 600,000 MEB units, over several years (six according to the chart), starting in 2023.

“Our announcement today to transform our Cologne facility, the home of our operations in Germany for 90 years, is one of the most significant Ford has made in over a generation. It underlines our commitment to Europe and a modern future with electric vehicles at the heart of our strategy for growth,”

European-built MEB-based BEVs – one or two?

Ford confirmed that the first European-built, volume all-electric passenger car for European customers will be produced at the new Cologne Electrification Center from 2023. That exactly fits the chart above.

Moreover, there is a second all-electric vehicle under consideration. That would be quite significant if Ford would actually introduce two models, both based on Volkswagen’s MEB platform.

An interesting thing is also that Marelli will produce electric drivetrains in Cologne, at one of the facilities that belongs to the Ford plant, according to reports.

We can safely assume that preparations are already well advanced and we will hear about a battery supply deal soon as well.