Here’s a bizarre idea. What if Ford decides to expand its already large crossover range by converting the Maverick into an SUV? This rendering from Kdesign AG answers that odd question.

The idea is fairly simple. Where the cargo bed usually would be, this vehicle has an extended roof and hatchback. The roofline rises slightly at the rear to prevent it from looking too flat. For improved visibility, there’s a long window along the side, and the rear glass is also quite large. 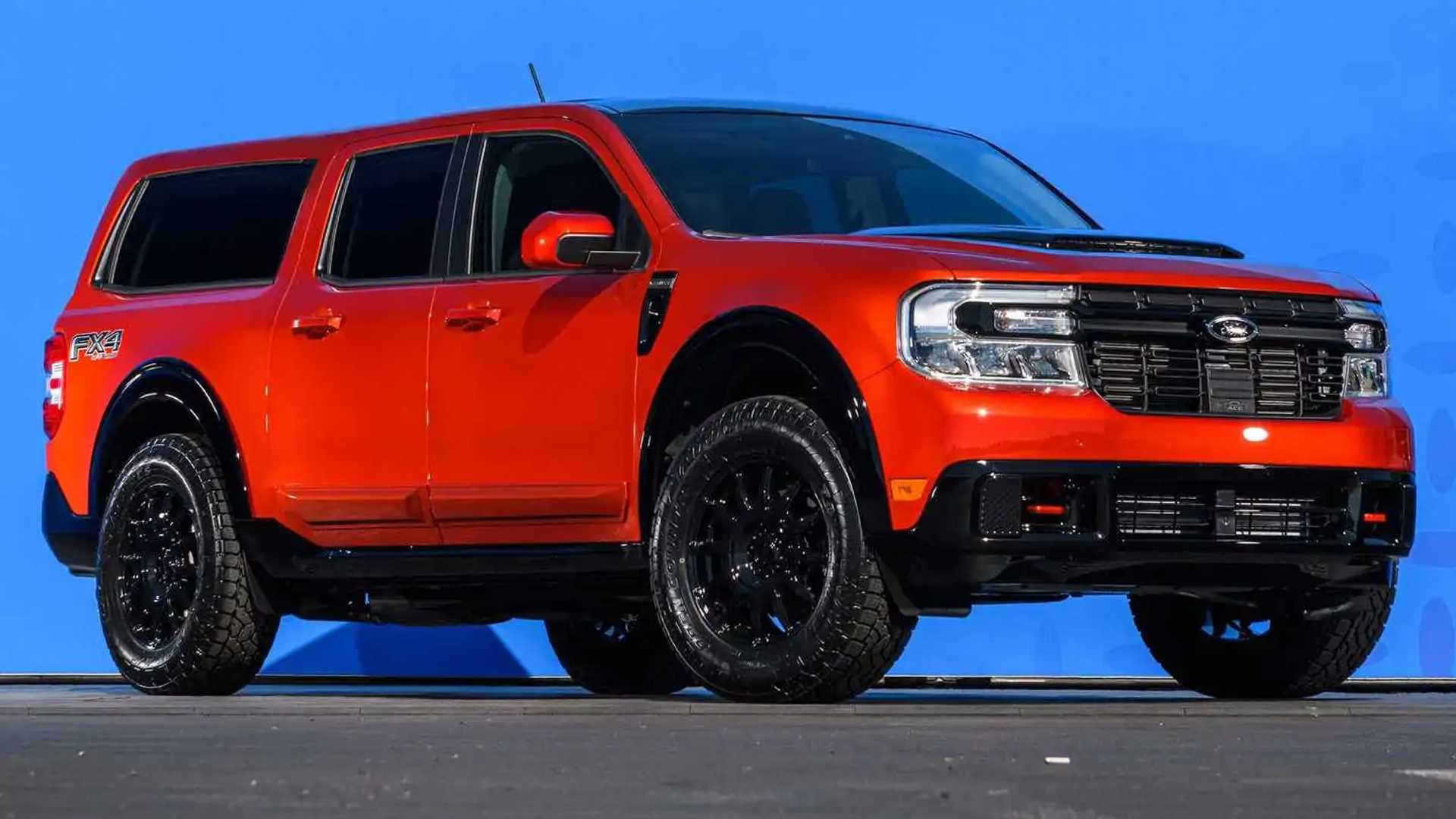 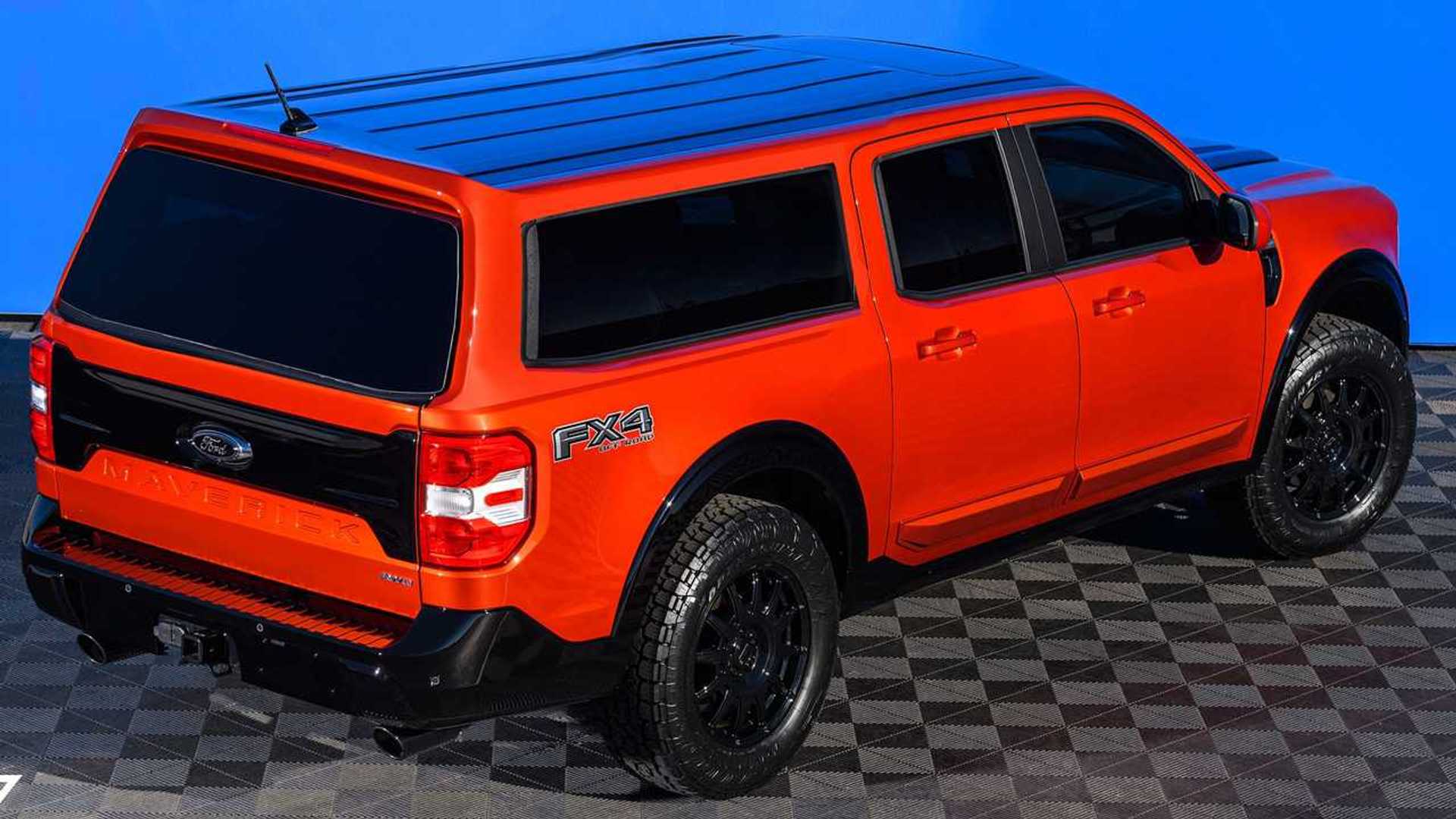 This designer also tweaks the front end of the Maverick to make this version look a little more aggressive than the stock truck. There’s now a tiny hood scoop in black to contrast against the red body. To match this, the grille, lower fascia, wheels, fender surrounds, and some pieces of trim are also black.

The chances of Ford building a Maverick SUV are somewhere between slim and none. However, it’s entirely possible that a third-party company could produce one if the demand exists. As an example, there is a company that takes Ford Super Duty trucks and converts them into a modern vehicle akin to the defunct Excursion.

More variants of the Maverick are on the way, just not an SUV. Recent spy shots catch the development of a more rugged version that reportedly goes by the name Rattler. The ride is about an inch taller than the existing FX4 grade. Other changes to the truck are still a mystery. A debut could happen in early 2022.