We just discovered an exclusive story published by GM Authority. The publication spotted the 2021 Ford Mustang Mach-E electric crossover at General Motors’ Proving Grounds in Milford, Michigan. Benchmarking is a common practice in the automotive industry, so this is to be expected, though it’s always interesting to see which cars an automaker is using for comparison.

While benchmarking is something automakers – as well as manufacturers of a wide variety of products – do on a regular basis, it will become arguably more interesting as the electric car revolution unfolds. Even companies like Tesla that have established a major presence in the EV space have been seen benchmarking other brands’ electric cars.

GM Authority notes that Rivian is benchmarking the Mustang Mach-E as well. We published an article about a Ford F-150 Lightning spotted at Tesla’s Fremont factory. Companies are very interested in how rivals are operating, and whether or not they have any unique ideas to offer, as they should be.

In some cases, when we see spy images with assumptions that a company may be benchmarking a vehicle, there’s really no way to know for sure. However, in this case, it’s very clear. GM Authority was fortunate to get several good shots of the Mustang Mach-E. Visit the source link at the bottom of the article to see more images. 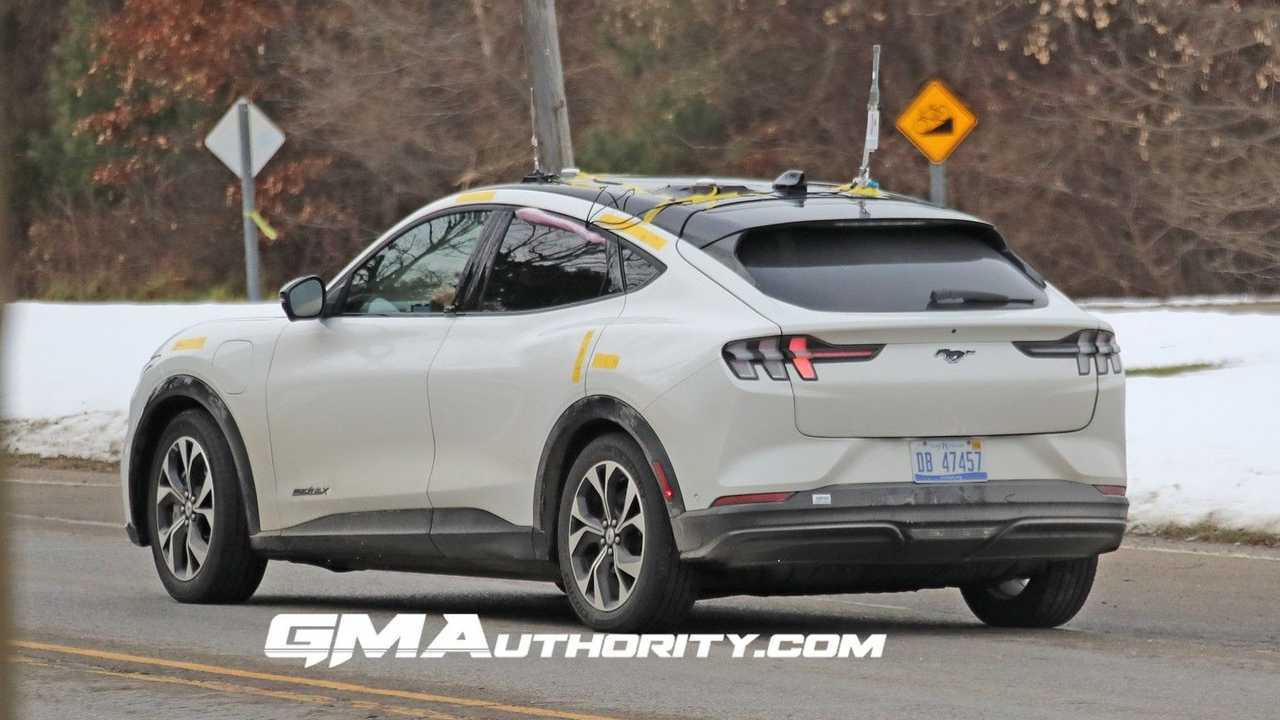 Based on what can be seen from the images GM Authority published, the Mach-E is fit with equipment that’s likely recording data. It also has various markings on it, including a white sticker on the rear bumper that the publication says proves it’s “an internal benchmarking vehicle.”

The Mach-E being tested by GM is a Select model with an extended-range battery (88 kWh), rear-wheel drive, and 300 miles of range. Ford is currently selling every Mach-E it can produce, and the automaker has decided to ramp up production significantly going forward. Ford has also noted that reservations for its upcoming F-150 Lightning electric pickup truck are quickly growing, and the company has already announced plans to increase its production well beyond its original plans.

Meanwhile, GM promises 30 new electric models by 2025, with many of those launching in the US. The GMC Hummer EV and Cadillac Lyriq luxury SUV will be the first to come to market soon.

Again, be sure to check out GM Authority’s exclusive article for more details.