The brand’s first dedicated EV was caught behind a Ford Mustang Mach-E.

We usually don’t cover spy photos of cars that have already debuted, but we’re willing to make an exception for the Genesis GV60. Why? Because there hasn’t been this much controversy about a new vehicle’s design in a long time. Just check out the comments on the EV’s debut post and you’ll immediately realize most are negative, with one reader even slapping on Citroën’s double chevron and air bumps to recall a C4 Cactus due to the similar green paint.

All joking aside, the GV60 certainly looks unique. You can’t immediately tell it shares the same E-GMP platform with the Hyundai Ioniq 5 and the Kia EV6 as Genesis has gone to great lengths to give the electric crossover a special design. It looks unlike any other crossover out there – be it EV or ICE – though some have criticized it for not being premium enough. The green hue certainly didn’t help, so maybe this camo-free GV60 finished in black is more appropriate. 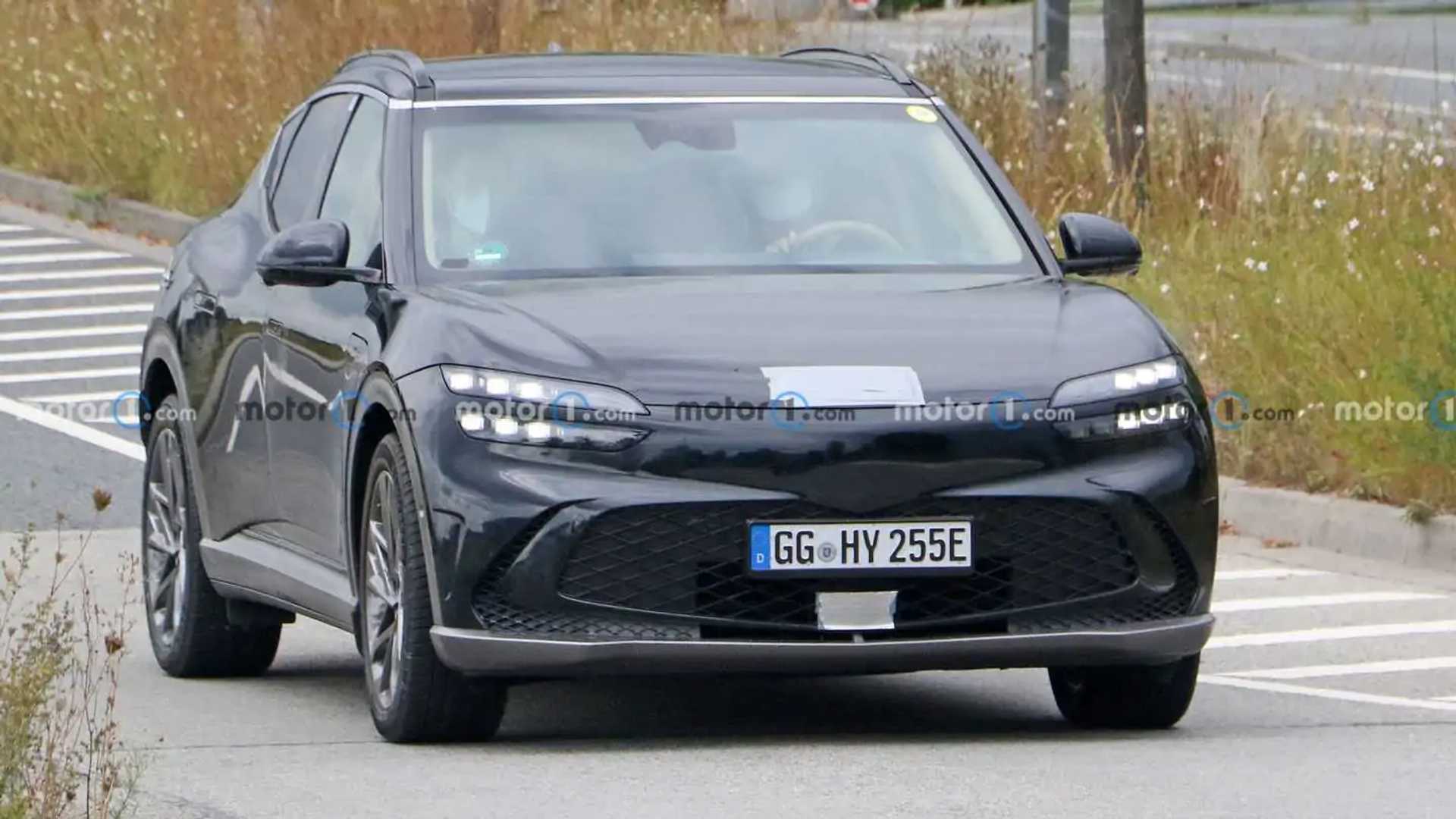 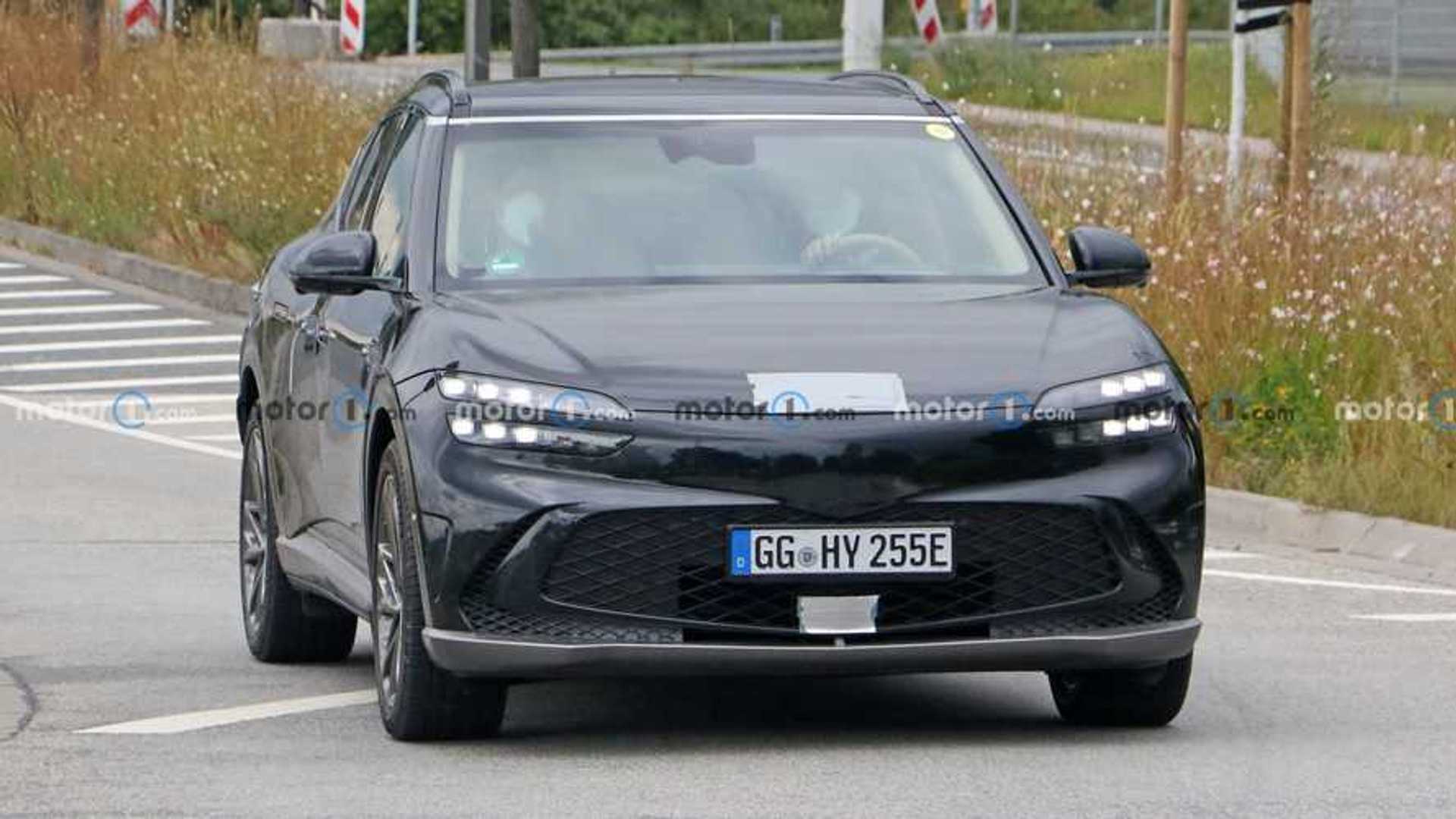 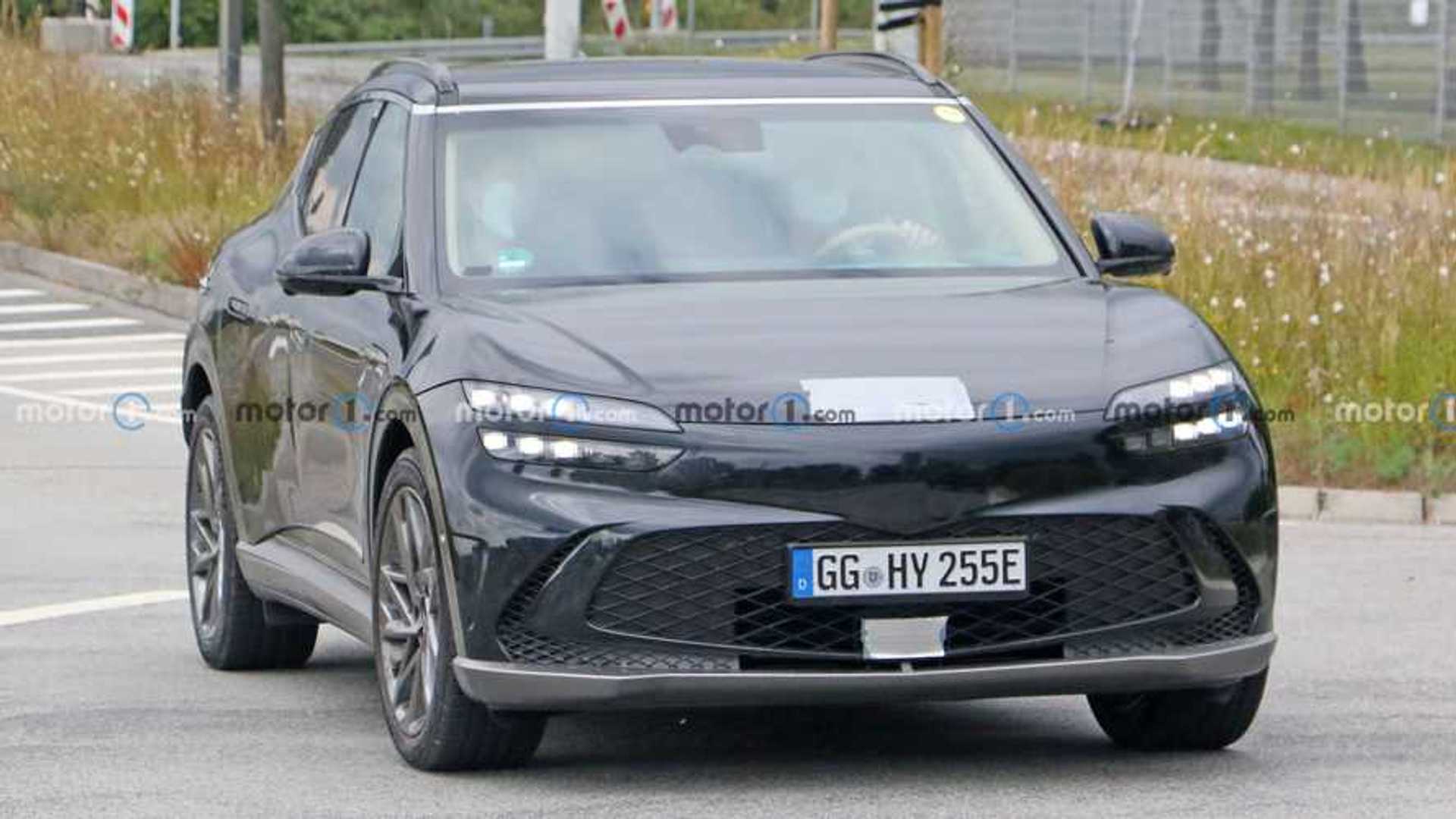 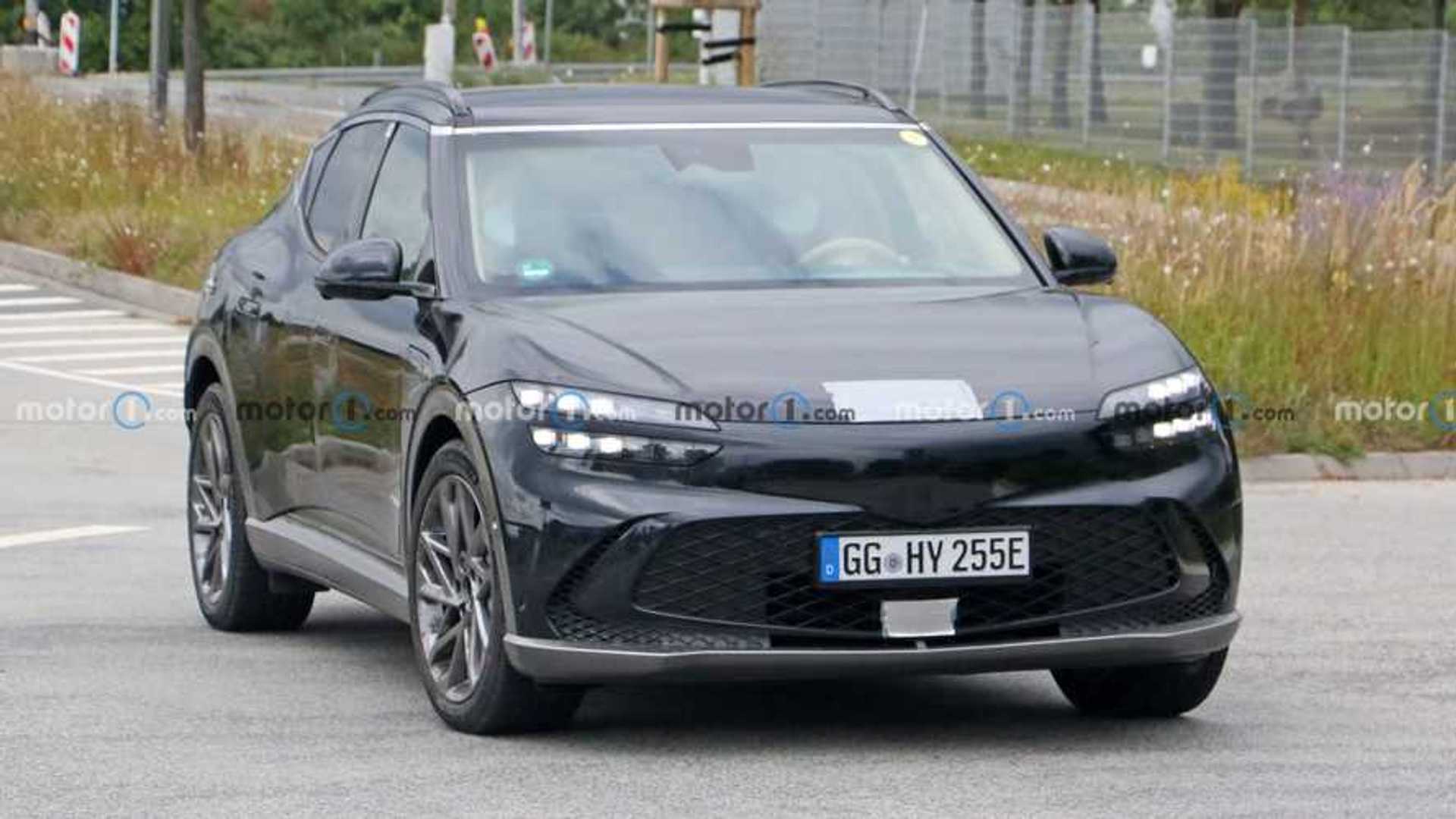 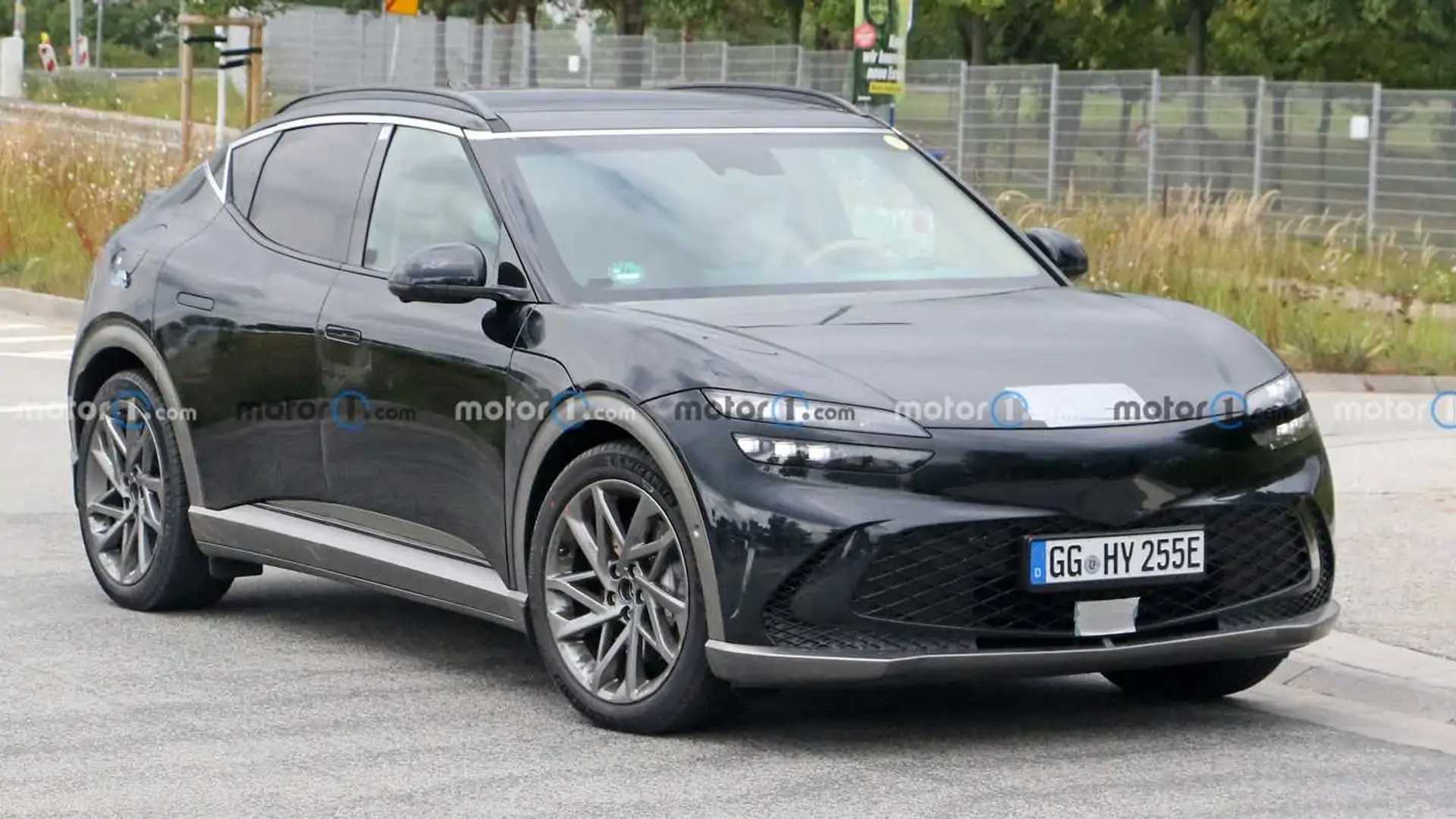 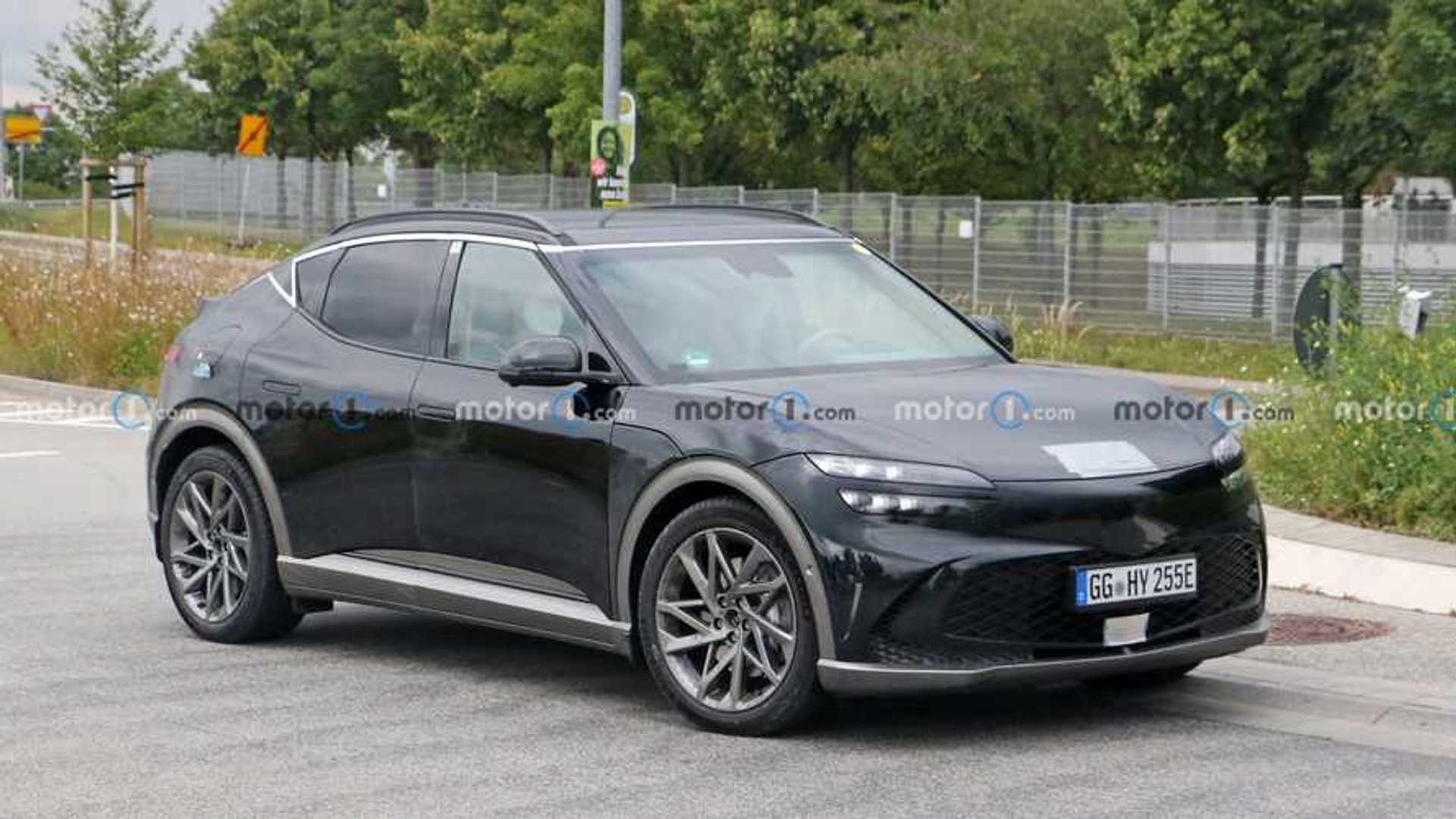 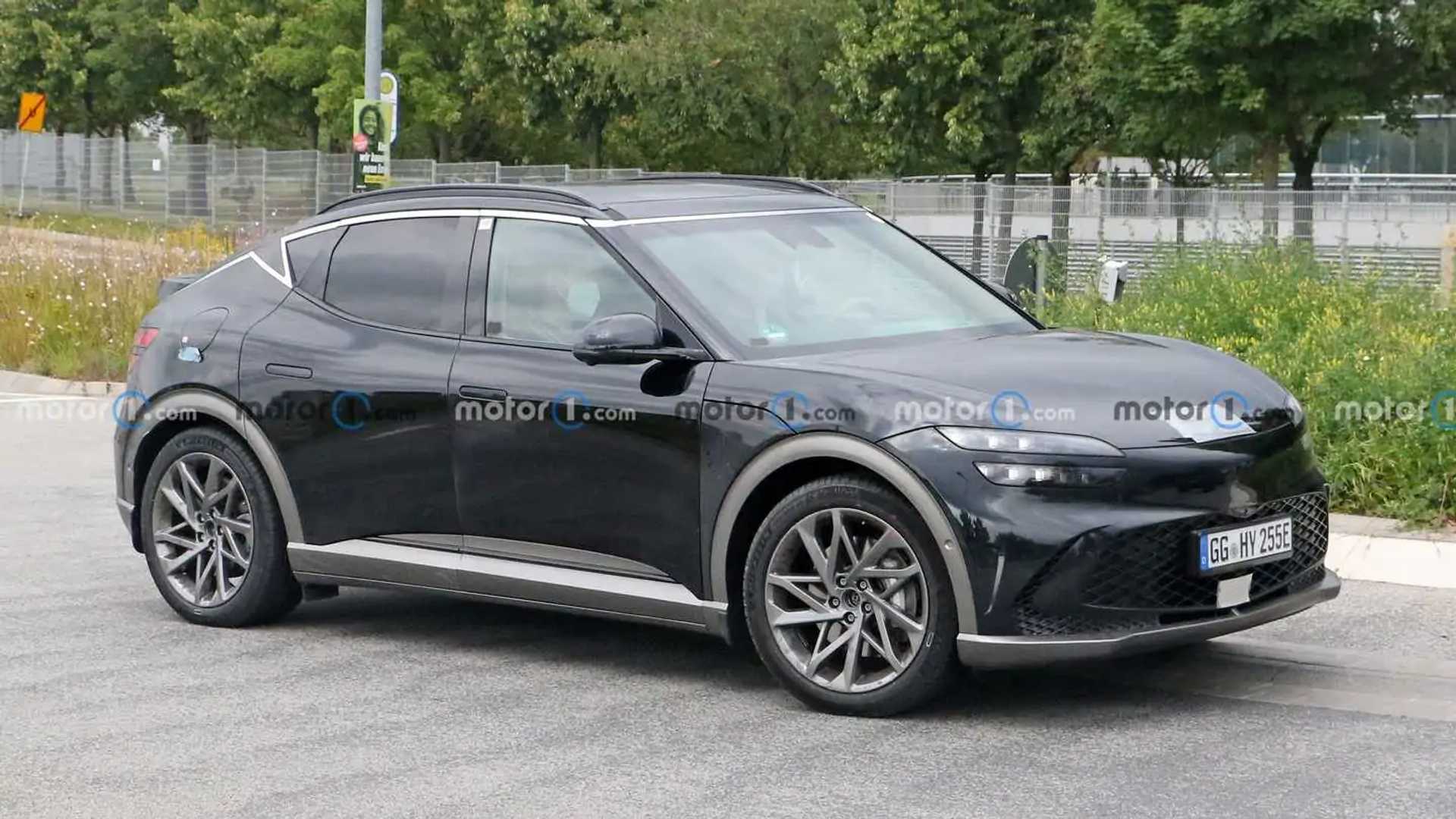 It’s hiding the Genesis badge and radar sensor at the front while the back is missing the badging, but other than that, it’s essentially a production-ready GV60. The rear spoiler with a built-in third brake light gives it somewhat of a sporty look, while the clamshell hood serves as a visual connection with its mainstream equivalents.

Hyundai’s luxury division has been tight-lipped about the vehicle’s technical specification, but this prototype appears to be riding on 20-inch wheels. It’s likely about as large as the Ioniq 5 and EV6, meaning it’s less than 4.7 meters (185 inches) long while carrying a generous wheelbase. The Hyundai EV measures a whopping 3 meters (118.1 inches) between the axles, making the wheelbase longer than that of the Palisade and EV6, which both have a 2.9-meter wheelbase.

One key difference between the reveal car (and that undisguised black prototype spotted in South Korea earlier this week) is the use of conventional side mirrors instead of tiny cameras. Since laws in many countries have not been updated to allow automakers to fit cameras, Genesis has no other way but to also sell the GV60 with traditional glass mirrors.

The switch to old-school mirrors obviously removes the need for dual screens on the door cards inside the cabin where the electric crossover hosts a rather peculiar rotating ball serving as the gear selector. Our spies weren’t able to take a peek inside, but it appears the GV60 had a slightly different interior theme with light brown accents and a similarly colored steering wheel.

There’s still a lot we don’t know about Genesis’ first dedicated EV, although all should be revealed in the coming weeks as the GV60 is expected to go on sale before the end of the year, at least in its domestic market.