For the first time, sales of the passenger plug-in electric cars exceeded 400,000 in a single month.

November 2020 was an amazing month for passenger plug-in electric cars with a new all-time monthly record of over 414,300 units! It was possible thanks to a huge new record in China (over 198,000), and also a new record in Europe (over 166,000). It also means that the rest of the world has been responsible for around 50,000 (well, North America is now far behind China and Europe).

The global plug-in sales growth (133% year-over-year in November) is the highest in over eight years, according to EV Sales Blog.

See more of our sales reports for November 2020.

More than two-thirds of plug-in sales fall on all-electric cars:

The second best is the tiny Wuling’s Hong Guang MINI EV (33,094), which is now the number two year-to-date, ahead of Renault ZOE and Tesla Model Y (both in five digits in November).

The top-selling models last month were: 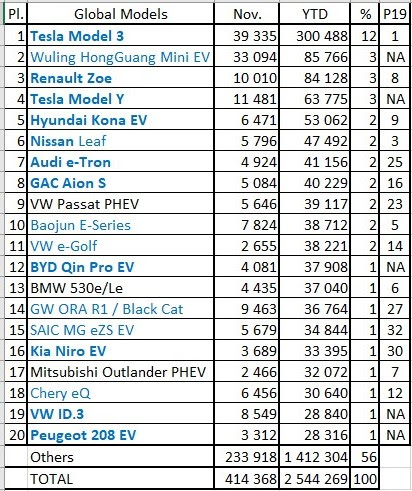 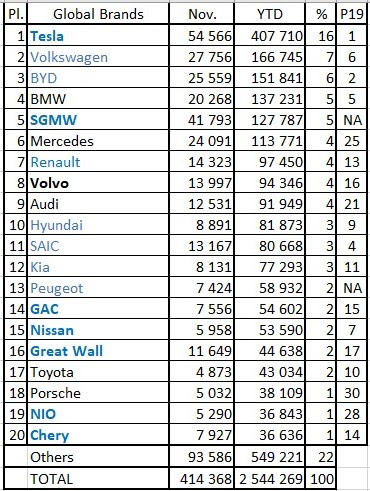 Our thanks to EV Sales Blog for tallying up and estimating the individual sales by OEM.