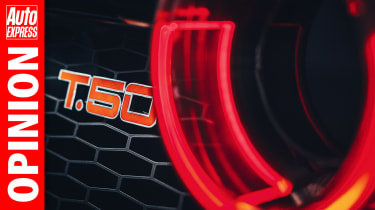 Before discussing the good, let’s acknowledge the bad: for most people, 2020 was the worst, most tragic, most painful year in living memory. But if ever there’s a time for positive reminders, it’s now. So here are a few of my car-related greats for 2020.

There was no lack of impressive, all-new, versatile, breakthrough product – including the Citroen Ami and Honda-e for the city, plus the Toyota Yaris and Hyundai i10, which seemed just as happy on the motorway (where I averaged 70mpg in the i10).

The Skoda Octavia was crowned Auto Express Car of the Year. But for me, starting at £20k, it’s also the bargain of 2020. And it inherits from the VW Golf the title of ‘All the car you’ll ever need.’ You read that right: in effect, for those in the real world, the Octavia is the new Golf, only better, bigger, and less expensive.

The Kia Telluride was rightly crowned 2020 World Car of the Year, but won’t be sold to Britain. So you’ll have to order a LHD car (from $31,990/£23,983) at a dealer like Rick Case Kia near Miami – and ship it to Blighty as a personal import. Land’s Rover’s Defender is also in similar territory (albeit around twice the price of the Kia). The Aston Martin DBX is another great, and the fact that Wales is making it is the UK’s motor industry story of the year for me. Andy Palmer, Aston’s just-departed CEO, hasn’t had the credit he deserves for putting the DBX and Wales on the world stage – and placing Aston’s name in the F1 frame.

Five great, Brit-born drivers – Hamilton, Albon (officially Thai/British), Norris (Belgian/British), Russell, and Aitken (British/Korean) – all competed on F1 race days in 2020. There was also the not-so-minor matter of Lewis becoming the most successful driver ever in the sport. Not bad for a humble, working-class kid from Stevenage.

Then there was the Pop-Up British Motor Show, which proved the country could adapt impressively, and made it seem strange that open-air Grand Prix venues didn’t let in a few socially distanced fans. But credit to David Coulthard and Ben Edwards for their Channel 4 race commentary. Ben’s bravely retiring at the top, and that’s classy. Same for lesser-known Yorkshireman Steve Kitson, the Kia PR man who’s called it a day after doing more than any other Brit to put Korean car makers and tech on the map in the last quarter century.

Meanwhile, other Brits have continued to battle for the unofficial title of design champ. The main contenders are Jaguar’s Julian Thomson, Aston Martin’s Marek Reichman, Wayne Burgess (ex-Jaguar and Geely, now at Paramex.com), recently retired Jag man Ian Callum, currently running callumdesigns.com, plus Gerry McGovern, who now directs all of JLR’s design operations, and, thankfully, has no plans to retire.

So, for 2020, Octavia is the car for British buyers; Wales the car-producing home nation; Lewis the driver; Pop-Up British Motor Show the event: Reichman the design champion.

One last thing: at 74 going on 50, the genuinely inspirational Gordon Murray just can’t stop engineering, designing, and building some of the world’s most important or fastest cars. That’s why he’s my British motor industry person of 2020. By a country mile.

Check out our favourite motorsport moments of 2020 here…