If there’s one thing EV fans and EV detractors can agree upon at the moment is that electric vehicles are too expensive for the average car buyer.

With very few exceptions, such as the Chevrolet Bolt EV/EUV and Nissan Leaf, most electric vehicles sold in the US have starting MSRPs way above $30,000, with the bulk of them costing more than $50,000. There are only a handful of EVs under the $40,000 mark, such as the Mini Cooper SE, Hyundai Kona EV, and Volkswagen ID.4.

According to Kelley Blue Book, new EVs sold on average for $65,041 in November 2022 in the US. This goes to show that most people can’t afford to buy new EVs, and the 2023 Deloitte Automotive Consumer Study attests that. Deloitte polled more than 26,000 people worldwide in the fall of 2022, including some 2,000 Americans. Unsurprisingly, more than half (52 percent) of new car buyers in the US think electric vehicles cost too much. 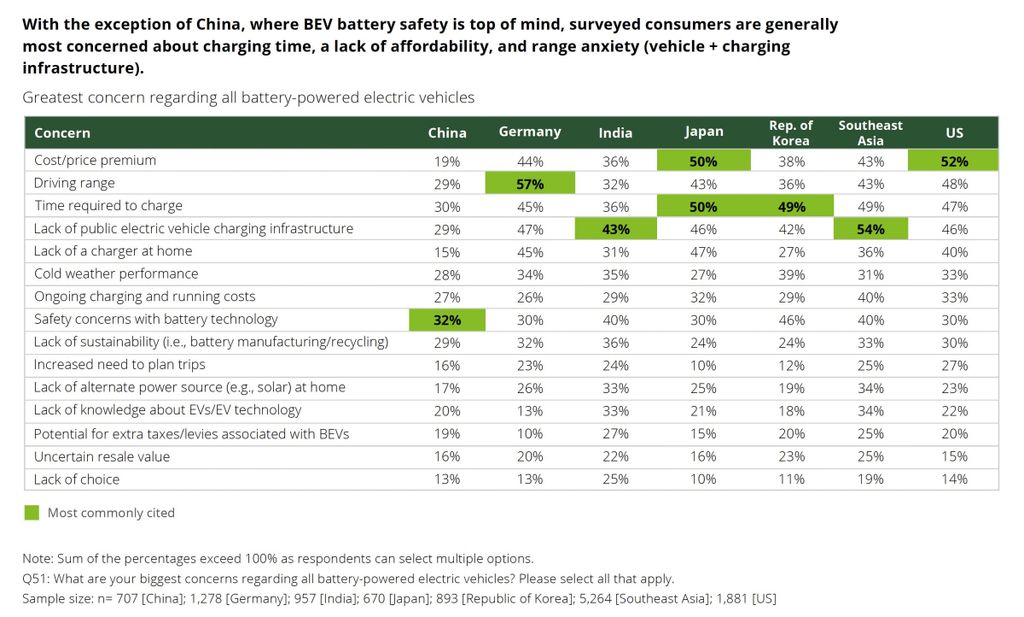 Almost seven in 10 of the Americans surveyed said they expect their next vehicle to cost less than $50,000, which would leave out much of the EVs on sale today. Besides pricing, prospective EV buyers also listed range and charging times as significant concerns – 48 percent and 47 percent, respectively. The lack of a proper public charging infrastructure was named as another big issue by 46 percent of respondents.

Deloitte also asked the type of car people want to buy next. In the US, 62 percent of respondents said they wanted a gas vehicle, 20 percent said hybrid, 8 percent said PHEV, and 8 percent said EV. It’s worth noting that the intent to purchase a new ICE vehicle fell by 6 percent in 2022, and that EVs surpass PHEVs in the preferences of respondents from China, Germany, Republic of Korea and Japan – they are tied at 8 percent in the US. 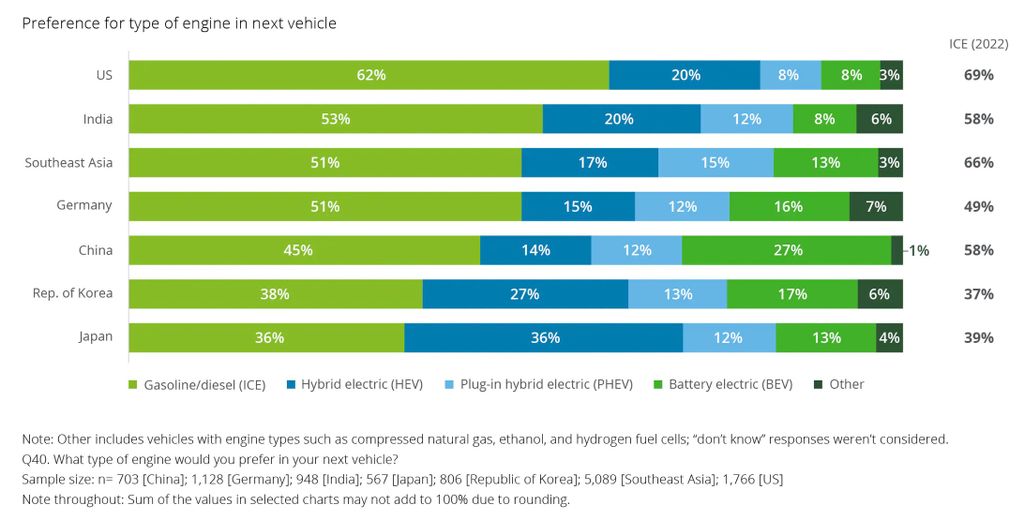 The appetite for EVs is significantly higher in other markets compared to the US, though. For example, 16 percent of Germans surveyed said they want an EV, 17 percent of South Koreans, and 27 percent of Chinese.

There’s a lot more interesting stuff in the full Deloitte report, so make sure you check it out.