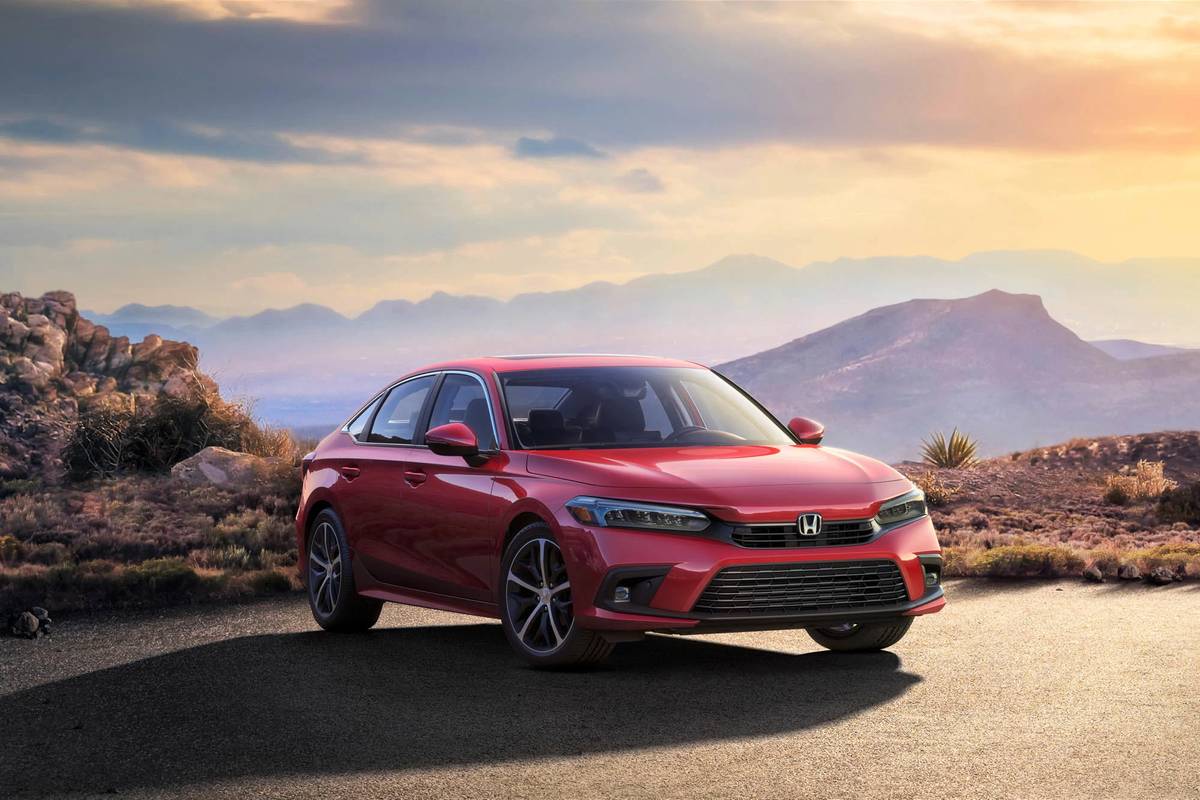 Honda just dropped the cloth on its redesigned 2022 Civic sedan, giving a look at the new Civic ahead of its summer on-sale date. Previously teased as a prototype, the new single image teaser shows a shape nearly identical to the prototype we saw in 2020, but with less of a tuner vibe and more of a tax consultant vibe. Honda says this new version will be the most fun to drive and technologically advanced in the Civic’s nearly 50-year history, a lofty bar.

The previously black-painted, flush-with-the-fender wheels and retina-burning orange paint are gone in favor of a more pedestrian wheel and color choice. Perhaps that flair will return in the Si or Sport varieties, but for now, we’re just getting a look at the Touring trim level, which is the top luxury spec (for 2021, anyway). What’s stuck around from the prototype is the long hood, fastback-like rear roofline and short rear end, as well as a profile similar to the recently redesigned Acura TLX, slim headlights and overall shape of the grille, though it’s differentiated in this Touring trim with unique patterns.

The Civic, last redesigned in 2016, is our reigning champ among compact sedans after comparing it with seven competitors, as well as winning more recently against the top sellers in the class, the Toyota Corolla and Nissan Sentra. So anytime the Civic gets attention from Honda, we’re all ears.

The redesigned 2022 Civic, while already in a good space, will compete with the usual suspects as well as the recently redesigned 2021 Hyundai Elantra. Details of the 2022 Civic’s redesign are slim at the moment, and not much is known other than Honda says it will be more fun to drive with a new chassis and new, more powerful powertrains; have improved visibility and a simpler and uncluttered interior design; and that a hatchback version will follow the sedan later in the year, as will performance-minded Si and Type R versions.

Honda will spill the beans April 28 when it releases more information, specs and photos of the 2022 Honda Civic.