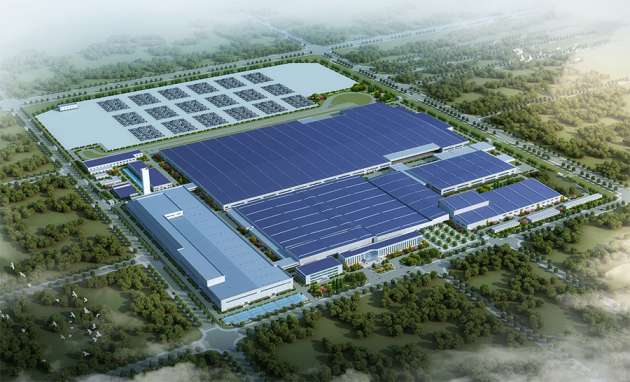 Dongfeng Honda Automobile, a joint venture firm between Dongfeng Motor Group, Honda Motor and Honda Motor (China) Investment, has announced that it will be building a new dedicated electric vehicle production plant in preparation for its expansion plans.

The plant will be built in the Wuhan Economic Development Zone in the Hubei Provice, with a lot size of approximately 630,000 square metres. Production is slated to begin in 2024, with a basic annual capacity of 120,000 units.

It’s said to be a highly efficient smart plant that’s capable of producing EVs from scratch to finish, and will include the processes such as stamping, welding, painting, assembly and complete vehicle inspection. Honda aims to achieve an industry-leading level of automation, particularly for the assembly lines.

Carbon neutrality is a big focus for the automaker, and so it promises to “proactively pursue sustainability initiatives” that include the utilisation of renewable energy sources such as solar power, recycled water, and other methods of reducing volatile VOC (volatile organic compounds) emissions.

Honda recently announced an ambitious product offensive with its e:N series of cars, two of which will go on sale in China in the next few months. Those are the e:NS1 and e:NP1, the former essentially being an all-electric version of the third-generation HR-V, previewed by the SUV e:prototype back in April. The automaker plans to increase its EV and FCEV (fuel cell EVs) in major markets to 40% of its total sales by 2030, 80% by 2035 and then to 100% by 2040.