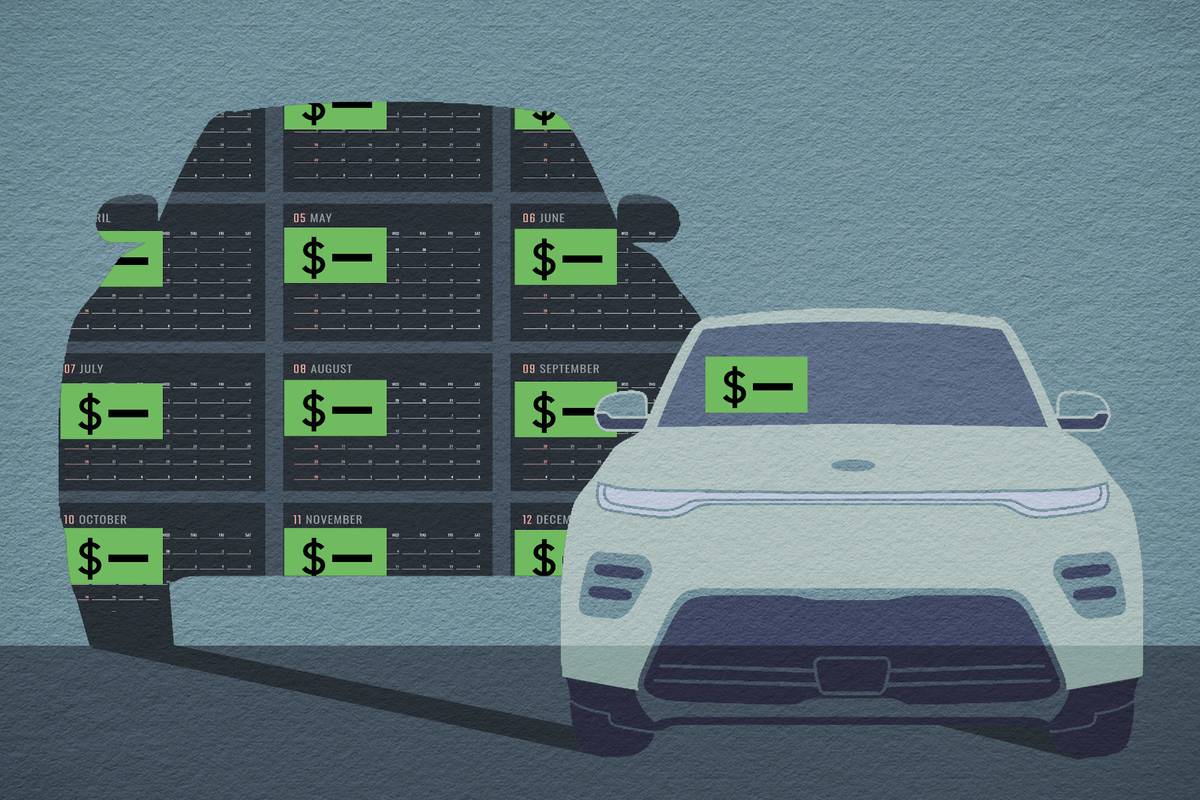 Advertising for leases focuses on monthly payments because that is what will catch the attention of most shoppers, but a $199 per month lease might not be the best deal. A better number to use for comparisons is to add up the total costs of a lease: the upfront money due when the lease is signed, the monthly payments and any other end-of-lease costs. It’s also important to know how many miles are included in the lease to determine the best deal. The upfront costs usually include a down payment, an “acquisition fee” and the first month’s payment.

Related: How Does Leasing a Car Work?

Most leases include 12,000 miles per year, but some include only 10,000 miles. That lowers the cost because a used vehicle is worth more if it has fewer miles. With a lease, you are basically paying the depreciation of the vehicle over the term of the lease. Exceeding the mileage limit usually costs an additional 15 cents per mile or more. (You will not get money back if you drive less than the allotted miles.)

The easiest way to determine who is offering the best lease deal is to compare apples to apples: the same car, with the same features and for the same number of months. That requires shopping at three or more dealers of the same brand to get price quotes that spell out all the costs.

Most leases these days are offered through car company finance units, so all dealers in a specific area should be offering similar deals. However, there is wiggle room that can affect the cost. Some dealers may have models with more or fewer features than others or offer better terms, such as a smaller upfront payment or a lower monthly payment, to make a sale.

Just as it pays to comparison shop at different dealerships when buying a car, the same is true if you’re leasing.

If you’re shopping for a lease among different brands, such as a Honda CR-V against a Toyota RAV4, you won’t be comparing apples to apples, but the bottom line — how much you will pay in total at the end of the lease — will give you a good cost comparison.

What to Watch Out For

A note of caution: If you have marginal or poor credit, you probably won’t qualify for those $199 per month lease deals. The fine print typically says, “for qualified lessees” or “not all customers qualify.” Even though it’s a lease, the leasing company is lending you money to cover the expected depreciation. If you have trouble getting a loan, you will also have a hard time getting the best lease deals.

Leases, though, don’t come with an annual percentage rate that determines how much you will pay in interest. Instead, they have what is called a “money factor” or “lease factor” that is expressed as a decimal, such as 0.0022.

Ask the dealer for the money factor on a lease (they vary by vehicle), and then multiply that number by 2,400 to translate it into the interest rate you will pay. A money factor of 0.0022, for example, equates to 5.28 percent. (If the money factor in this case is expressed as 2.2, multiply it by 2.4.)

As with interest rates on loans, a lower money factor means you will pay less interest on a lease.