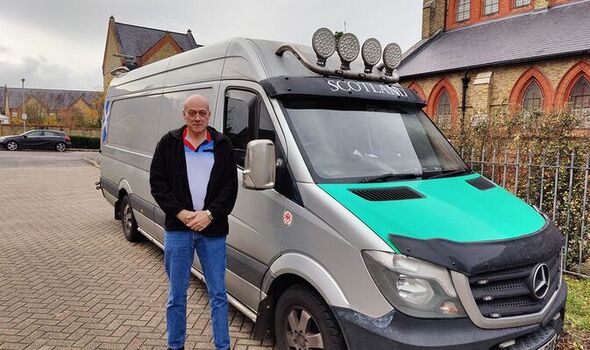 Hundreds of vehicles are still on the UK’s roads despite having more than 750,000 miles on the clock, with one car just short of clocking up a million.

New data from the Driver and Vehicle Standards Agency (DVSA) reveals the motor with the highest mileage is a Citroen Xsara boasting 999,994 on the clock.

Volkswagen’s Golf and Ford’s family models, the Fiesta and Focus, also feature on the list of hardy vehicles, alongside workhorse vans favoured by those in the construction trades.

Andrew Jervis, co-founder of online repairs marketplace ClickMechanic which obtained the data, told Sunday Mirror: “Most people swap their cars well before they reach six figures on the odometer, so to see so many on this list with nearly a million miles on the clock is staggering.

“Obviously the more popular models – Vauxhalls, Volkswagens and Fords – are more likely to appear due to the sheer weight of numbers produced.

“But that shouldn’t take away from the fact they are reliable motors that have served people well for so many years.

“There are also a few surprises in there. The MG ZT hasn’t rolled off the production line since 2005, for example, while Audi TTs will also raise a few eyebrows as they are not really seen as workhorses.”

David Wright drives a Mercedes-Benz Sprinter which has amassed more than 438,000 in seven years.

Father of one David, 56, from Woking, Surrey, uses the vehicle for work as he is a courier. He typically drives more than 120,000 each year.

But the motorist has only encountered one major problem with the Sprinter since buying it secondhand in 2019.

“I wanted a Sprinter specifically because it is the only van to have really if you drive long distances like I do. It is a big van too.”

The 45-year-old runs an assets management contractors in Selly Oak, Birmingham, and has found the Vito so reliable he has never considered ditching it.

The dad of one, who manages ABH Asset Services Limited, said: “People go for Vitos and Sprinters in trade industries now because surely they see sense, and see how they last the test of time and are reliable.

“Since I had the Vito, I had a friend who has had five vans because of issues. I have had no major problems with the Vito. It needed a new prop shaft at one stage but that cost £400 and it has had the same clutch since it had 100,000 miles on the clock.

The average distance a motorist will cover in their lifetime – across all cars – is 750,000 miles. It’s also the distance to the Moon and back twice. It’s thought the trend will continue as drivers remain environmentally-friendly and want to protect the planet.

Mr Jervis added: “With the zero emissions deadline on the horizon in 2030, it could well be that more and more people look to hold on to their cars for longer – very much ‘running them into the ground’.

According to DVSA records, which are based on the most recent MOT data from testing stations across the UK, there are 243 Maxus vans with 750,000-plus miles still registered for road use.

“We often hear about unreliable cars that spend more time in the garage than on the tarmac,” Mr Jervis added.

“But these figures show that there are some vehicles which have the capability to keep going and going, mile after mile.”

Car mileage: Expert advises how to spot a clocked vehicle

ClickMechanic also obtained the most common vehicles with more than 250,000 on the clock via a Freedom of Information request to the DVSA.

The only exception was the Toyota Prius, the world’s first mass-produced hybrid car, which boasts 5,776 250k-plus mile models still on UK roads.

Well-renowned “bullet-proof” London black cabs also feature. The TX4 model of the Hackney Carriage – produced by London Taxis International up to 2010 – was sixth on the list with 2,570 still in use.

But the really astonishing figures were reserved for the highest mileage top 10.

Alongside the family hatchback Xsara were a Mercedes C Class, two LDV Maxus vans, a Vauxhall Corsa and a pair of resilient Range Rovers.

A mega mileage VW Golf, a sturdy Citroen C3 and a hardy Honda Civic also featured – all just a few miles short of the one million mark.