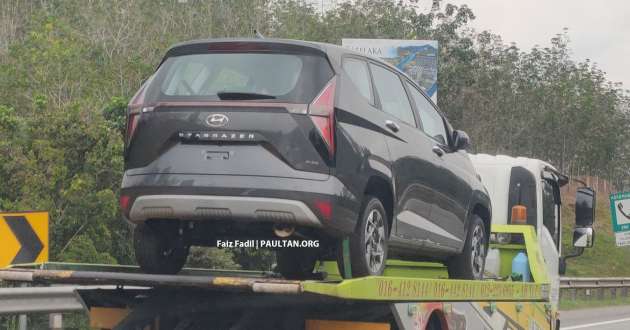 The Hyundai Stargazer has been sighted on Malaysian roads, with images courtesy of paultan.org reader Faiz Fadil, showing the seven-seater MPV transported on the back of a flatbed truck.

The seven-seat MPV from the Korean brand will compete with the likes of the Perodua Alza, Toyota Veloz and Mitsubishi Xpander when it goes on sale in Malaysia, which should be not too far away. The Stargazer was not part of the brand’s teaser for upcoming launches, which depicted the Ioniq 6 EV sedan, the Creta B-SUV, as well as the Santa Fe and Palisade facelifted SUVs. 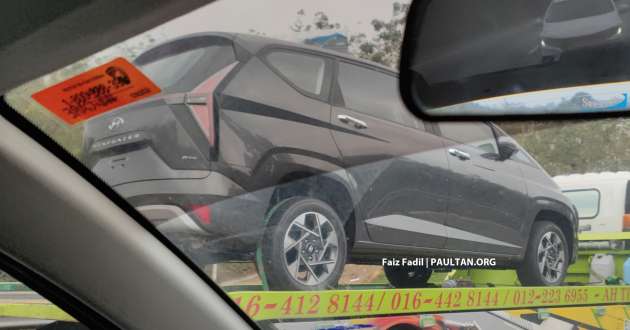 At the base of the range, the Active has halogen reflector headlamps, a 3.5-inch LCD instrument cluster, an eight-inch infotainment touchscreen, four speakers, fabric seats, two airbags and 15-inch wheels. The Trend adds on things like Bluelink telematics, parking sensors as well as 16-inch wheels.

A seven-seat configuration is standard for the Stargazer, however a six-seater layout can be specified, and this will instead feature a pair of captain seats for the second row.

With the Perodua Alza topping out at RM75,500, the Toyota Veloz at RM95,000 and the Mitsubishi Xpander at RM99,980, the Stargazer’s pricing in Indonesia could be indicative; what do you think of the Hyundai entry compared to its local and Japanese rivals?