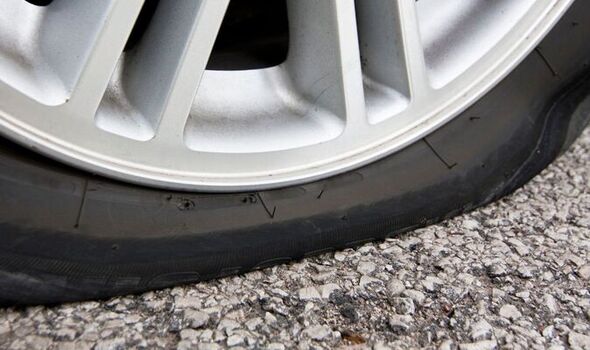 Hundreds of vehicles across the UK have had their tyres deflated by environmental activists calling themselves the Tyre Extinguishers.

The group aims to discourage people from buying SUVs and 4x4s, which are known to be bad for the environment, and to eventually stop their use in urban areas.

The group, which has struck in places including London and Bristol, is not doing irreparable damage by slashing tyres, but they are letting the air out to cause what they admit is “inconvenience and expense for their owners”.

So is doing so legal? Are Tyre Extinguishers breaking the law through their actions?

Scott Bowen, director of hpjv solicitors, told Express Online he believed people could be prosecuted for criminal damage by “deflating a tyre or tyres on a vehicle”.

He cited the Criminal Damage Act 1971, s.1 (1), which states: “A person who, without lawful excuse, destroys or damages any property belonging to another, intending to destroy or damage any such property or being reckless as to whether any such property would be destroyed or damaged shall be guilty of an offence.”

“It could therefore be argued that the actions described cause temporary impairment of usefulness which would fall within this jurisdiction.

“As with any offence though, if someone was charged, they could have a trial and put this point to the court/jury.

“If the action persists, I would imagine the CPS will authorise charges at some point in order for the court to clarify the issue, if necessary.

“If there is a conviction, then of course that may act as a deterrent to others.”

Tyre Extinguishers say on their website that “SUVs are bigger and heavier than other cars, [so] they are more polluting and use more fuel”.

The group also claims that SUVs are more dangerous than other cars, and that three-quarters of SUVs are unnecessarily sold to people in towns and cities.

It tells followers to leave alone normal and smaller-sized cars, as well as minibuses and all vehicles used by traders and people with disabilities.