The company explains that there are ongoing production constraints, while demand remains strong – actually reaching a new record of almost 200,000 units (up by around 32,000 compared to the end of Q1)

In this background, the all-electric Jaguar I-PACE sales do not look that bad, although it’s also struggling. The company sold 2,175 units in Q2, which is 14% less than a year ago and the fourth quarter of a consecutive year-over-year decline.

Unfortunately, the manufacturer does not report its total plug-in car sales, despite having plenty of plug-in hybrid models.

The company intends to electrify both of its brands in the coming years, including the first all-electric Land Rover in 2024 and the first “new” all-electric Jaguar in 2024.

We guess that the Jaguar I-PACE will continue as is, at least until the all-new, all-electric models, which will be based on an all-new platform, are ready. 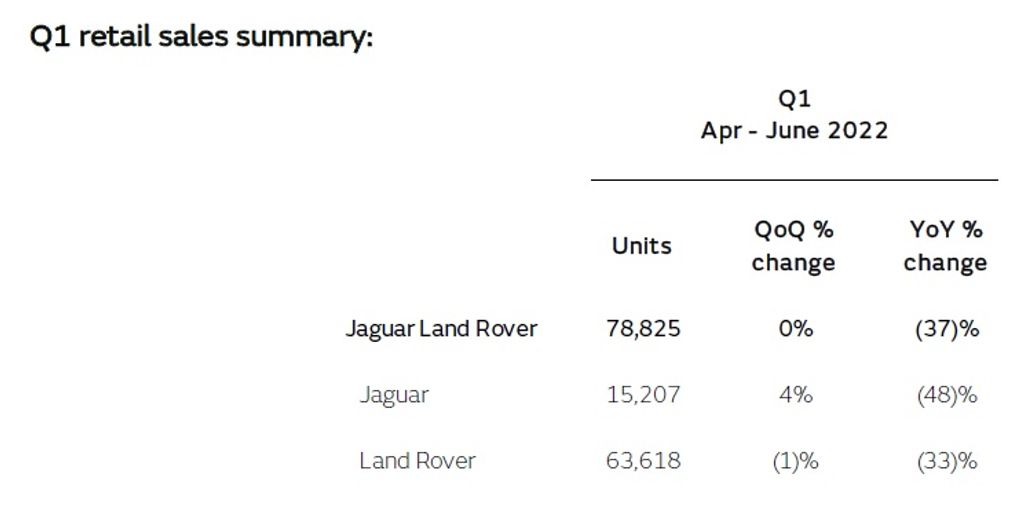