A teaser for a teaser, that’s one way to describe the image published by Kia a few days ago to announce a livestream for the EV9 concept. That’s because the fully electric large SUV isn’t debuting today, but we do have the opportunity to see several preview images of the EV to ease the wait until next week’s premiere. It’s set to make its full debut on November 17 at the 2021 Los Angeles Auto Show.

Naturally, Kia is remaining tight-lipped for the moment regarding the technical specifications, only saying the EV9 adopts an “ultramodern exterior design.” That’s certainly true as it makes existing production models look rather outdated by comparison, and we are also surprised the futuristic SUV is a significant departure in terms of appearance compared to the EV6. 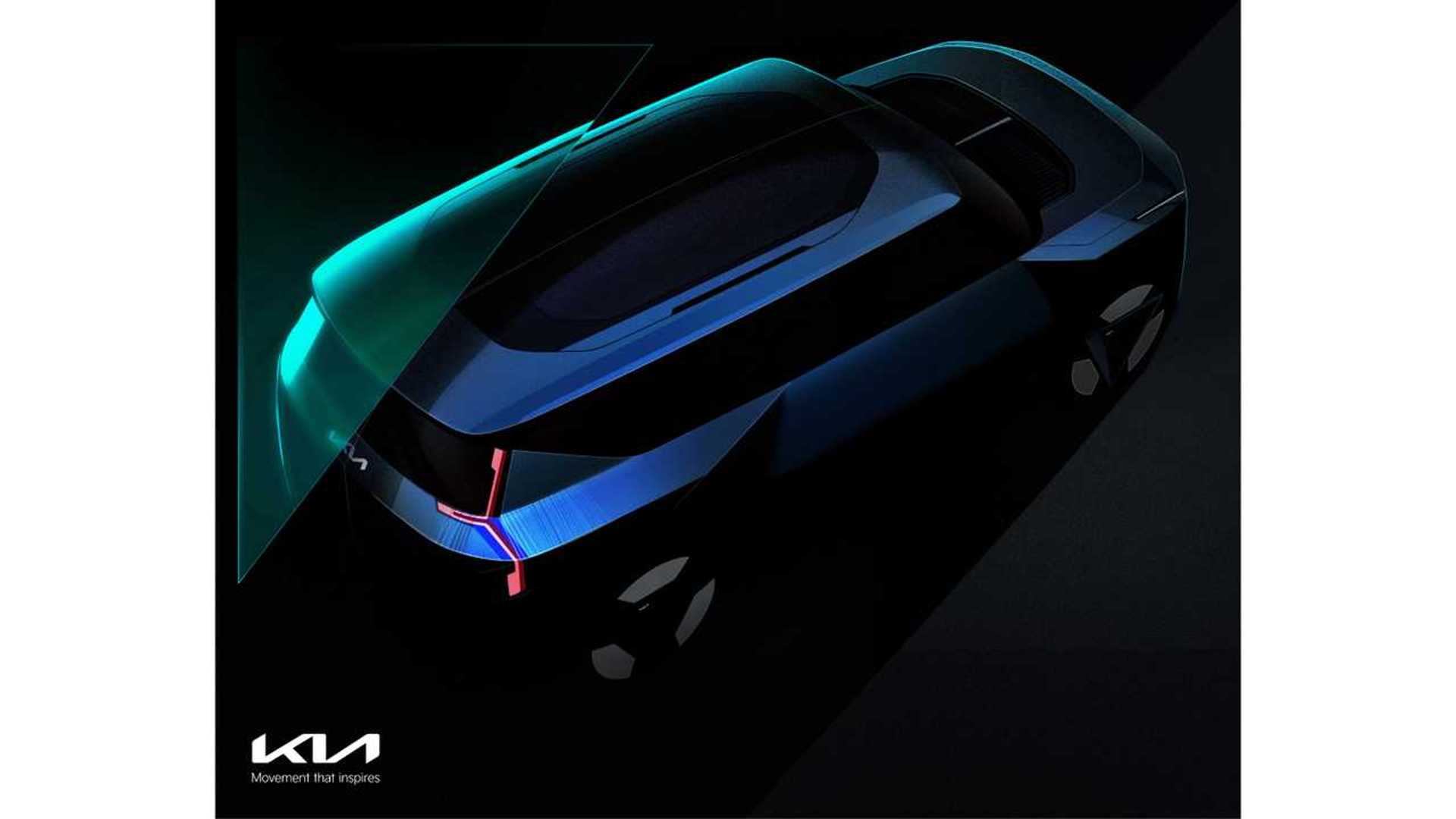 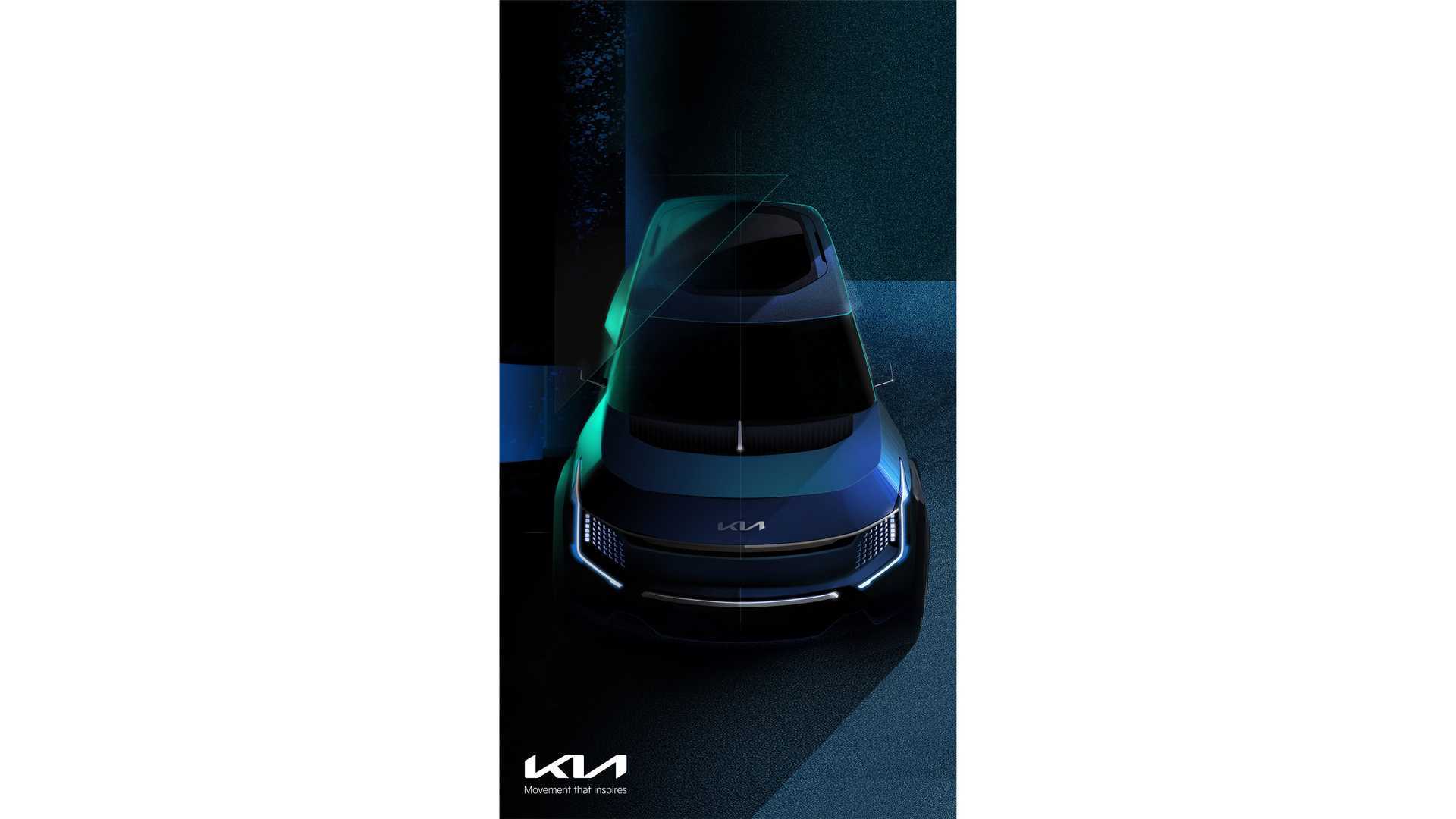 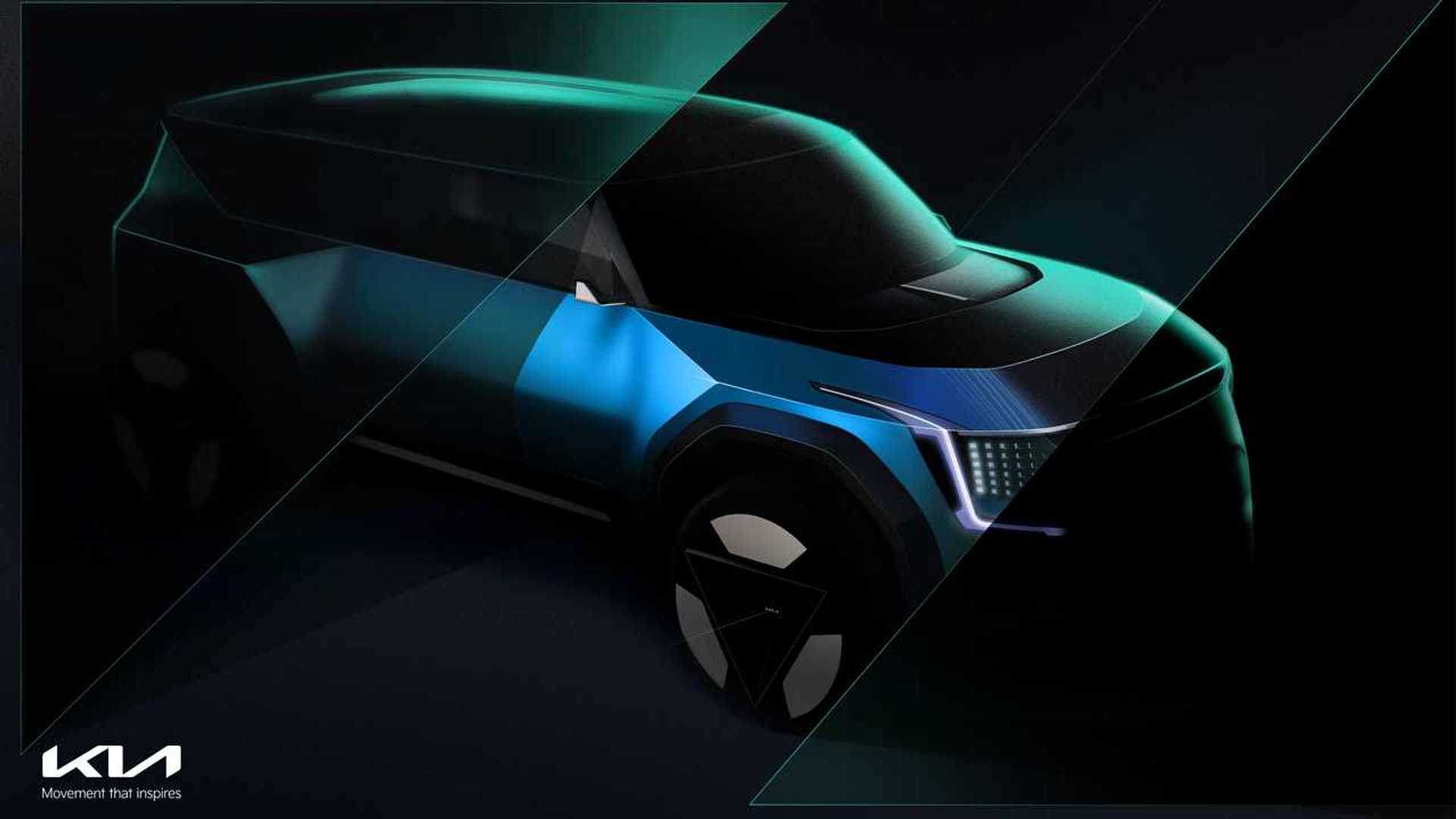 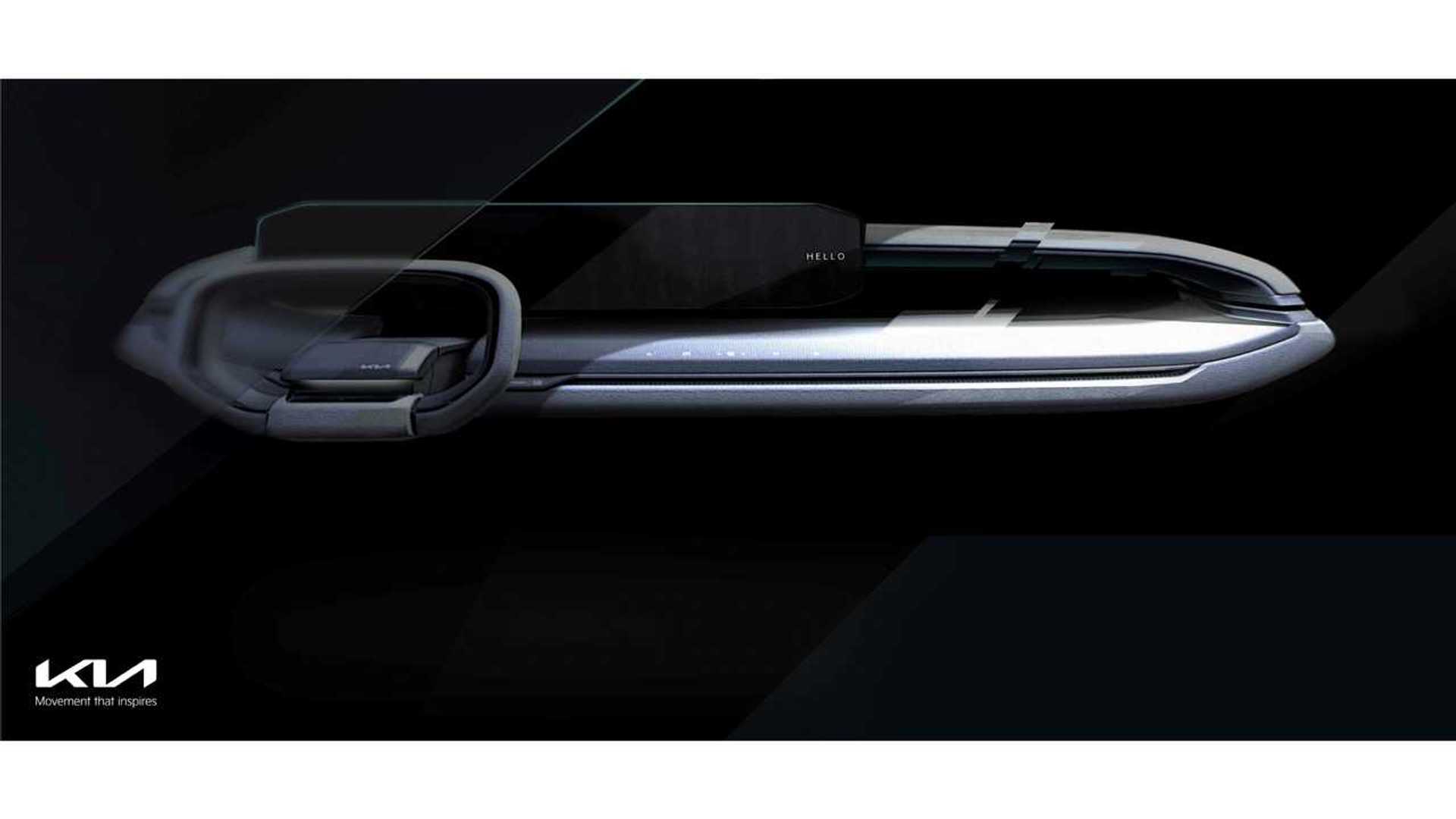 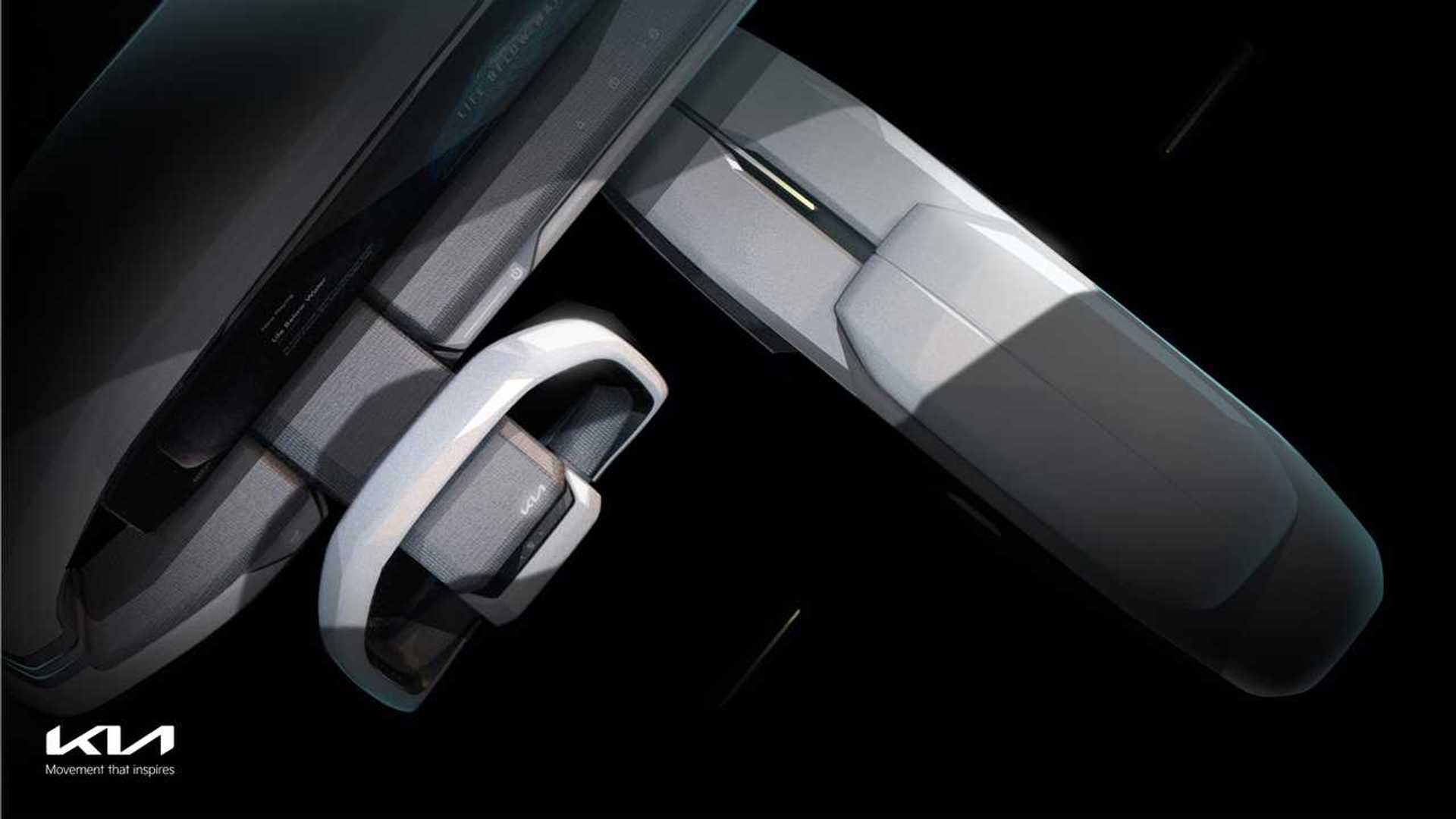 While the more compact electric vehicle has a low-slung, sporty appearance, the EV9 is boxy and adopts a virtually flat roofline. It appears to be significantly larger, which explains the jump from “6” to “9” as we’re expecting the production model to be much bigger to earn its name. Being a concept, it has the usual design traits, like large wheels, side cameras, and high-tech lighting with LEDs flanking the closed-off grille.

A typical concept trait, the Kia EV9 lacks door handles for a sleeker side profile and comes with a massive sunroof shaped like a hexagon. Muscular character lines extending from the fenders to the A- and B-pillars as well as downwards lend the showcar a more imposing look to match the sheer size of the zero-emissions SUV.

Stepping inside, the electric concept hints at a minimalist look with very few conventional controls by incorporating most of the functions in an ultra-widescreen dominating the dashboard. It’s unclear whether the EV9 has a one-piece screen or several displays within the same housing, but it sure looks avantgarde. Illuminated in white, touch-sensitive buttons are mounted below, while to their left is a retro-futuristic steering wheel, albeit its shape is far from being an actual wheel.

A full-length center console separates the driver from the front passenger and incorporates a long armrest featuring what seems to be a split-opening layout. It remains to be seen whether that whole center console slides forward and aft as seen in the Hyundai Ioniq 5. Speaking of which, the EV9 will likely ride on the same E-GMP platform, shared with the EV6 and the Genesis GV60.

Hyundai is also days away from unveiling a larger electric SUV concept, with the SEVEN set go official on the same day and at the same event as the EV9 – November 17 at the Los Angeles Auto Show.