Greenwich: Cars drive dangerously on wrong side of the road

The Greenwich resident has warned drivers often put their foot to the floor and speed against oncoming traffic in a desperate attempt to skip traffic. To raise awareness of the issue, the resident has posted various video clips of the problems on social media.

However, she has warned the roads are getting out of control and are a massive safety risk.

Speaking to Express.co.uk, she said: “You cannot cross the road because some idiot is going to come flying around 40-50mph.”

The resident explained the tailback was caused by the traffic lights at the end of the hill which were only letting a few vehicles out at each time.

She said sometimes queues can last up to 20 minutes which often causes drivers to skip the queue and drive against oncoming traffic. 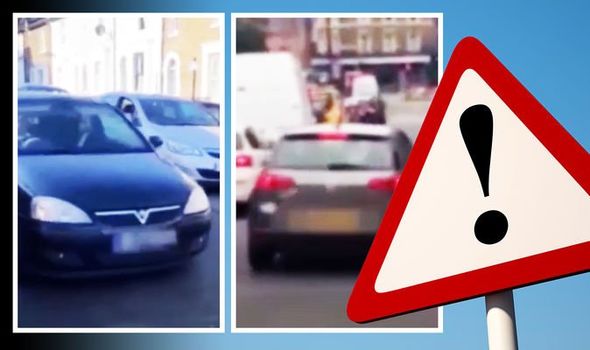 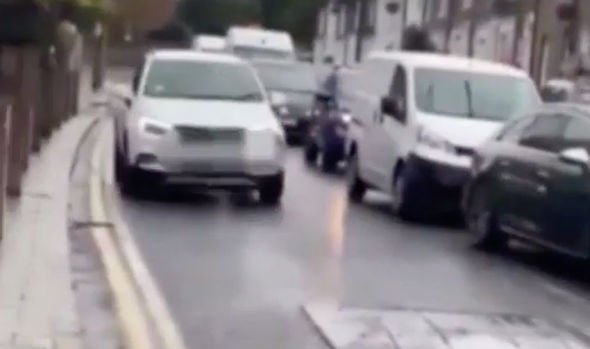 However, the geography of the road means drivers are often pulling out completely blind and unaware of possible dangers coming up the other way.

The resident warns road users “can’t possibly see” any hazards which could create a massive road risk for drivers and residents.

She said: “Unfortunately, there are several things that make it a blind road for you to pull out onto the other side.

“One thing is there is a very steep bend at the top of the hill which most of the cars have actually chosen to come off at that bend. They can’t possibly see what’s coming up the hill.

“And at the bottom of the hill there’s a permanently parked bus canteen which obscures which traffic is going to be coming off the junction and up the hill.

“At any moment when you’re going down on the wrong side of the road, a bus could be coming straight towards you.

“The pavements are very narrow at the top of the hill and hundreds of people cross the road to get to Maze Hill station.

“There’s a school at the top of the hill and many people here don’t have cars because public transport is good.”

The resident has retweeted the opinions of many parents who had claimed they had stopped their children walking to school for fear of being struck.

This has caused some to drive a short journey to school to ensure their safety.

“I was hit by a car on there four weeks ago. It came out of a side road that was a one-way street that you can turn into but can’t turn out of. 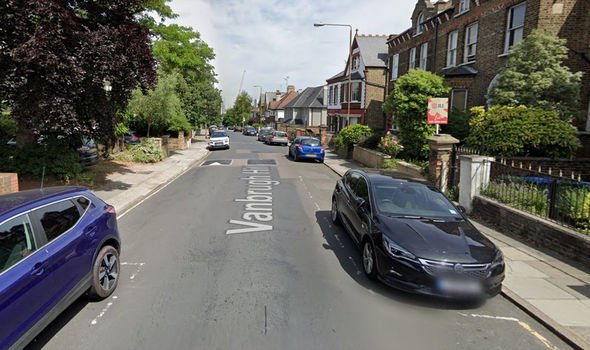 “He backed out at speed into me as I crossed the road. He hadn’t seen me because he was just looking at other cars.

“He only glancingly hit me but I have a sore foot at the moment and I had to scramble out of the way. I’ve still got problems four weeks later.

“If I had a small child next to me they certainly wouldn’t have seen them and they could have been killed.”